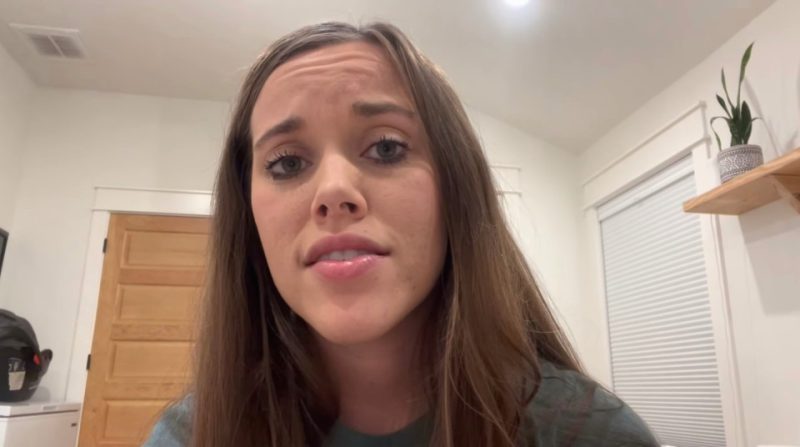 DUGGAR fans have slammed Jessa’s new home after she posted a video showing off her house during a tour.

The Counting On star posted the video to her Youtube channel, showing off various rooms in the house.

Youtube/Jess SeewaldFans criticized the beige and white tones of her home, with very little decorations[/caption]

However, fans were left unimpressed.

The video was picked up and featured on a popular Duggar Reddit page, where critics sounded off on her choices of decor and styling.

One wrote: “She’s really embracing her inner minimalist . It seems like she’s trying too hard to be clutter free.I ’m so tired of the bland beige and white aesthetic.

“Even her bathroom towels were white . The only pop of color was her boys legos . I suppose those don’t come in beige,” they lamented.

Another criticized Jessa’s style of vlogging, writing: “Jessa is by far the least suited for vlogging out of all the siblings on YouTube, she is very dull. However, she is more successful simply because she is one of the most well known Duggars and also happens to be attractive.”

“Also there is little evidence that children live in that house. Where are the toys? Having watched a few Duggar videos, Joy by far has the best personality everybody else just seems a little but dull,” read another comment.

It’s not the first time the former reality star has been ripped by fans over her videos.

The young mom-of-four recently shared a personal post about her son after he went to the hospital.

Jessa, 29, shared a video discussing a Christian healthcare ministry that she and her husband Ben, 27, participate in.

In the clip, she explained how the healthcare model has helped her family in recent times.

“Over the past eight years, our family has gone through seasons where we have experienced some significant heath challenges,” she began.

The video then displayed numerous photos of Spurgeon in the hospital.

The heartbreaking pics showed him not only in a hospital bed, but also on a stretcher, and even undergoing a CT scan.

The seven-year-old was also seen being airlifted in a helicopter to the hospital.

Fans slammed Jessa for including her kids in the video ad.

One wrote: “Do you not ever look at your IG or socials and feel bad that you are profiting off of what should be your family’s private life?”

“They don’t cover helicopter rides. Feels like some false advertising…” wrote another fan.

Another slammed the program saying: “Mmmmkay, but what about the chronically ill whose preexisting conditions aren’t covered?”

Others were simply worried about her son, with one fan asking: “Wait, when did I miss a major issue with Spurgeon?”

Meantime, eagle-eyed fans noticed a potential sign in another social media video that Jessa may be pregnant again.

The 30-year-old took to Instagram to show off a “family fun night” gift from Walmart.

The reality star posed with her husband Ben Seewald, 27, and their four kids Spurgeon, seven, Henry, five, Ivy, three, and Fern, one.

“Tonight we’re gonna have a little family fun night,” the TLC dad told the camera as his wife chimed in: “Sponsored by Walmart.”

YouTubeJessa recently came under fire for posting about her son, Spurgeon, in the hospital[/caption]