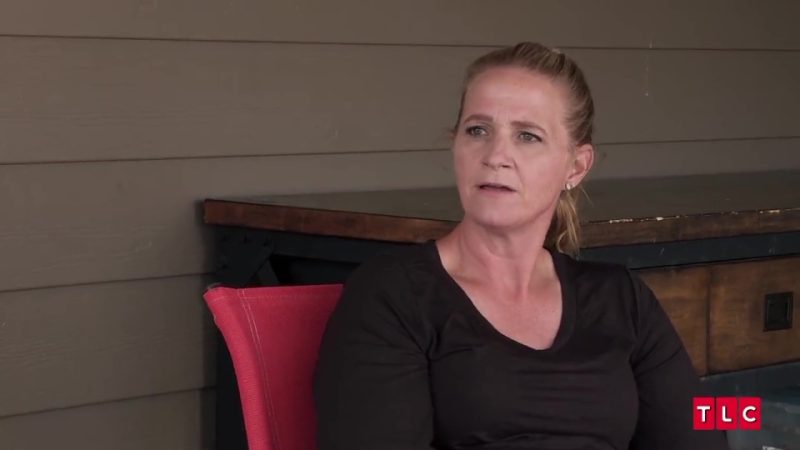 CHRISTINE Brown has to remarry after leaving her husband Kody, her best friend Janelle has urged in a new teaser clip for this week’s episode of Sister Wives.

Christine, 50, decided to leave the polygamist in November 2021.

The current season of Sister Wives is showing how Christine and 53-year-old Kody’s spiritual marriage fell apart, and a teaser for Sunday’s new episode has given a glimpse at an emotional scene.

In the clip, Christine was speaking with Janelle, 53, whose marriage to Kody is also on the the rocks.

“Somebody else. Not Kody,” Christine replied, laughing.

In a confessional, Jenelle explained why she felt Christine should find another man after her 17 years with Kody.

“What do you do when you’re 50 and healthy? You just can’t be alone for the rest of your life. So to me, that’s the logical thing. What’s next?”

Jenelle, who has been married to Kody since 1993, added: “I hope she remarries, it’s a very long time to be alone. And I hope I like the guy!”

Another preview clip for Sunday’s episode saw Christine set up one last family gathering – a farewell before she headed off to her home state of Utah.

“It means a lot to me you came,” said the mom-of-six as she broke down in tears.

Janelle rushed over to hug her, but Kody seemed angry.

In a confessional, he lashed out: “I don’t ever want to see Christine again.”

Since season 17 was filmed, she has fully relocated back to Utah, taking her and Kody’s 12-year-old daughter, Truely, along with her.

Despite the split, Christine has pledged to carry on with the show.

I’m a huge Swiftie – I spent hours in a queue, here’s my message to Ticketmaster

Besides Christine and Janelle, Kody is legally married to Robyn, who is said to be his favorite wife, and spiritually married to Meri, with whom things are rumored to be rocky.