Pete Davidson ‘needs to date a normal girl’ and NOT a celebrity, friend claims as comic ‘dates’ model Emily Ratajkowski 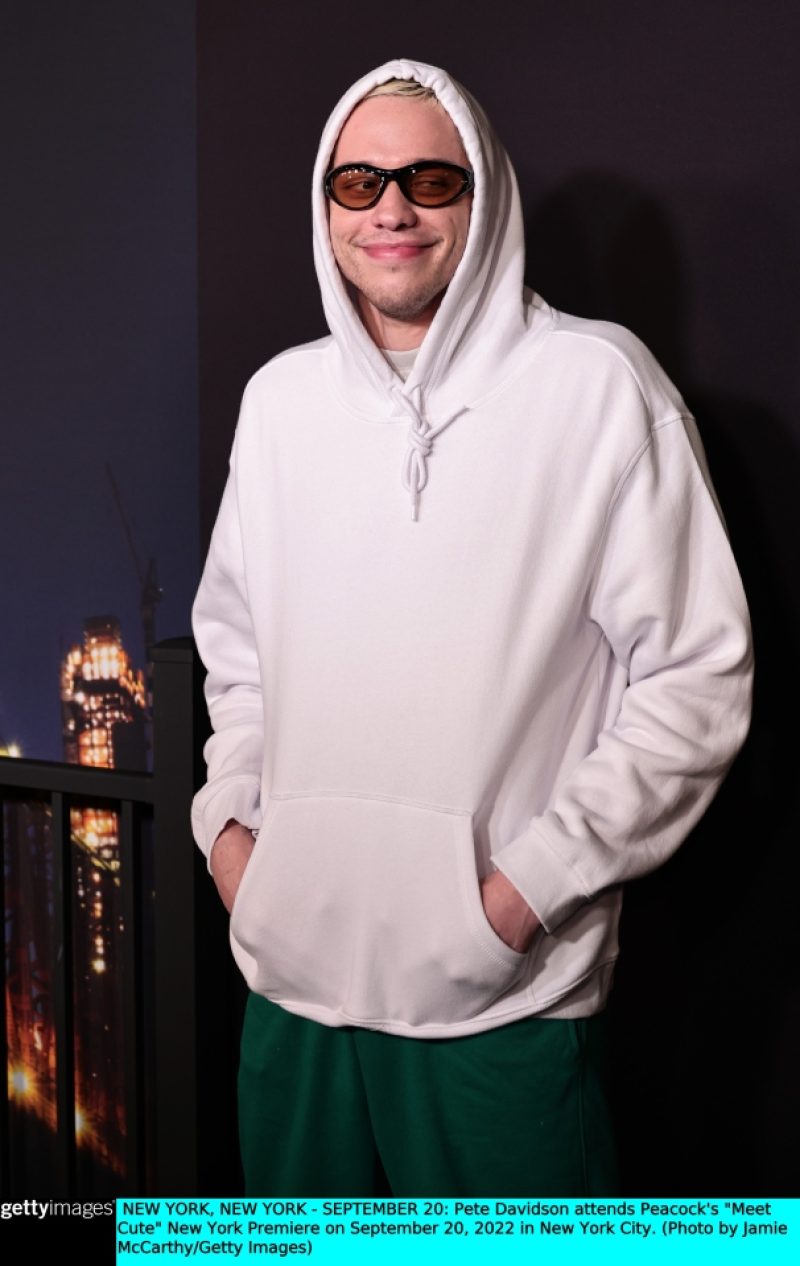 PETE Davidson needs a “normal woman” and NOT another celebrity, one of his oldest pals has told The U.S. Sun amid rumors he’s dating model Emily Ratajkowski.

The former SNL funnyman’s love life set the internet alight once again this week after he was linked newly-single Emily.

GettyPete Davidson attends a premiere in New York in September[/caption]

GettyEmily Ratajkowski at a party in Paris, France, in October[/caption]

After the dating claims emerged the pair were pictured hugging at an apartment building in Brooklyn on Wednesday.

Both are currently on the rebound – Pete, 29, split with reality TV queen Kim Karadashian in August while mom-of-one Emily, 31, ended her four-year marriage to Sebastian Bear-McClard in September.

But one of Pete’s friends from his days growing up in New York’s Staten Island isn’t optimistic about the relationship.

Talk show host Johnny Potenza, who gave Pete his start in TV in February 2010, told The U.S. Sun in an exclusive interview: “I don’t want to sound like I’m Dr. Freud.

“But what Pete needs is a normal woman with old fashioned family values, without all the celebrity gossip who can kick him in the ass.”

Johnny revealed that he believes Pete’s history of unhappy romances dates back to when he was a teenager.

He says that Pete has always worn his heart of his sleeve ever since falling hard for the daughter of a New York comedian who was one of his first show business mentors.

He explained: “She was cute and good-looking and like Pete she had a sweet personality and he developed a crush on her.

“Her father mentored him and he introduced him to me which resulted in me featuring Pete on my show in his first TV interview.

“Her father told me Pete had this crush on his daughter.

“I don’t know exactly how old he was but he was 16 when I met him and It had started before that.

“They hung out a lot. But it didn’t go anywhere. I don’t know the reason but like Pete she still is single.”

The girl’s father confirmed to The U.S. Sun that he took Pete under his wing after the budding comic lost his father, a New York City firefighter, on 9/11.

Asking not to be identified, he said: “He was like one of my own children. He was like a son to me.”

But he added: “We don’t speak any more.”

He declined to discuss their falling out but Johnny said: “I don’t think it was to do with the girl.”

According to TV host Johnny, much like his love life, Pete’s friendships tend not to last.

“You lose a father that young, it’s a tough thing,” Johnny said. “There’s a lot of stuff Pete flaked out on.

“He severed all his relationships with everybody over here in Staten Island. It’s a shame.”

Johnny went on to claim: “He just dropped off the face of the earth with us.

“I got him on the phone right before he was making his first appearance on Saturday Night Live.

“We talked for a little while and I never heard from him again.

“It was like that with everybody. He didn’t return our calls.”

Pete’s first long-term romance was with the daughter of another comedian, Curb Your Enthusiasm star Larry David.

Pete dated scriptwriter and actress Cazzie David, 28, for two years from May 2016.

She later told the Los Angeles Times that she had been afraid to call it off with him earlier because of “self-harm and suicide threats”.

Pete also made a worrying suicidal insinuation in 2018 after the abrupt end of his five-month engagement to Ariana Grande.

He wrote on Instagram: “I really don’t want to be on this earth anymore.”

And the stress from his split from Kim, 42, is said to have led to a temper tantrum while filming his new TV show Bupkis last month.

Johnny said: “I heard he had a meltdown. It doesn’t really surprise me.

“The Pete I knew didn’t have an angry side. He was just a nice boy. He was very humble.

“I think Kim had too much baggage for him.

“She’s 20 years older, she has four kids and she was married to Kanye West who was always making trouble for them.

“Most of the people I know in Staten Island were saying it wouldn’t last. They come from two completely different backgrounds.

“Everyone was shocked he was dating Kim, who is a very classy woman.

“Pete always lived like a regular guy his age.

“The Kardashians’ cars are high-end and look at how they dress and how Pete dresses.

“You’re never going to see him wearing a suit unless he has to.

“The guy’s young. I am sure he didn’t want to change his lifestyle for a woman.”

Johnny speculated that another issue for Pete may have been Kim’s clean-cut image.

She has said that after a “wild phase” – in which she married her first husband, Damon Thomas, while high on ecstasy – she has not used drugs.

Pete announced he was sober after going to rehab in 2016 but he confessed two years later that he started using marijuana again to manage health problems including borderline personality disorder and chronic inflammatory bowel disease.

He said: “There was a point where I couldn’t get out of bed. I was 110 pounds. I also just love smoking weed.

“I’ve been smoking weed every day for eight years.”