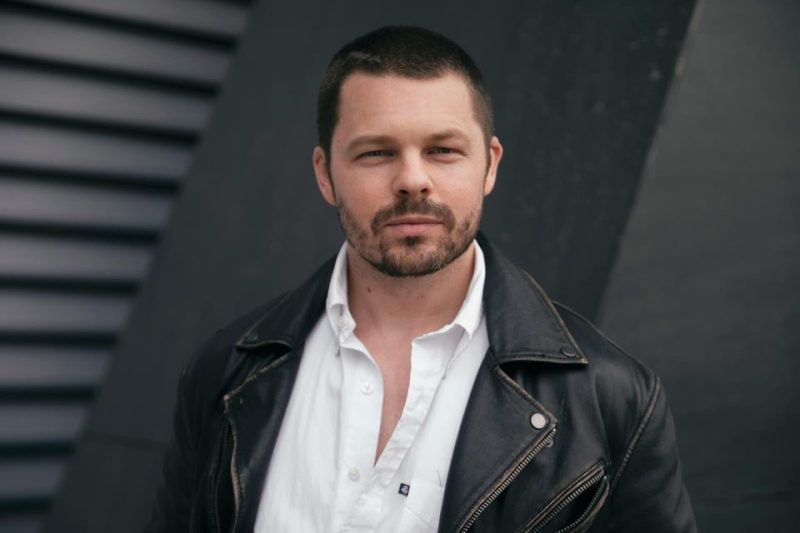 AN NCIS star exclusively opened up to The U.S. Sun about the harrowing mental health battle that left him feeling like the “living dead” despite his rise to fame.

Blake Webb, 37, opened up about his years-long struggle to overcome the odds and join LA’s roughly two percent of performers who successfully make a living from acting.

Webb is best known for featuring in hit shows including 13 Reasons Why, NCIS, Criminal Minds, and American Horror Story.

Despite not breaking into the industry until he was 28, his determination, work ethic, and talent saw him earning around $100,000 a year.

While on the surface he was living the dream and achieving an ambition he had held since childhood, Blake, originally from Arizona, said that his mental health was “eating him alive from inside.”

Blake told The U.S. Sun: “The breaking point was waking up every day and hating life.

“I had no enjoyment and no confidence. Things got so bad that I was considering anything to find relief outside of drugs.

“I truly started to feel like life had zero meaning. I was always looking in the mirror, judging myself, and watching old audition tapes. I was a mess.

“When you’re extremely depressed, you’re really not motivated, you can’t just say to yourself ‘I bet if I ate better and went to the gym every day again, that I’d feel much better.’

“I kept spinning in circles. I’d walk around outside, I felt like people were judging me, that I was wasting my time in LA, and that I wasn’t attractive anymore.

“I thought that if things kept going this way and never changed, that being dead wouldn’t be a whole lot different.”

Around this time he became increasingly reclusive and lost weight, sparking concern among his close friends.

One friend then put him in touch with their female counselor in early 2018.

After some gentle persuasion, Blake arranged a meeting in March of that year which he admits now would go on to alter the course of his life.

She taught him how his depression and anxiety was destroying his life, prompting Blake to set about working to address his mental health issues with the same vigor he approached acting.

I thought that if things kept going this way and never changed, that being dead wouldn’t be a whole lot different.

Within a year he saw results, primarily by living in the present – allowing his worries about the past and future to gradually evaporate.

“She set small attainable goals and gave me simple assignments to discover the error in my thinking patterns,” he explained.

“I learned that my mind most often was the problem, not my situation.

“She’d worked with many clients in the entertainment industry, we often talked about how most decisions made were completely out of my control and often had no logic to them.”

Blake used these techniques to create his own life playbook, taking what worked from his strict Mormon upbringing and abandoning what didn’t.

Like with many things, being consistent with habits, being balanced, doing daily exercise, and participating in regular therapy sessions, were key to overcoming and then managing his mental health, he said.

“It’s taken me years to get rid of most of my anxiety, but I’ve come so far, and I can say with confidence that I feel so much more peaceful today,” he added.

“I’m happy far more often than before, even when things aren’t perceived to be going my way.”

Since accepting his own mental health issues Blake now openly advocates for others in trouble to seek help.

He also said it helped him stop placing all his self-worth on achieving goals like starring in a blockbuster Hollywood movie.

“I wouldn’t change my career for anything, but I now have the tools and know-how to stay afloat during the good times and the bad,” he explained.

“It’s true, life is suffering, but we don’t have to suffer so much. I don’t need to be anxious and depressed to be a deep actor, this was a false narrative ‘the old me’ believed.

“I’m forever grateful for therapy and recommend it to anyone who feels life isn’t joyful anymore.

“Ask a friend, search online, and find a therapist. Give it a shot. I love living in the now, instead of the past or the future.

“I don’t know where my career will go, but it seems to go better when I’m positive and happy. I’m working often and I’m learning to count my blessings rather than counting the roles I didn’t get.”