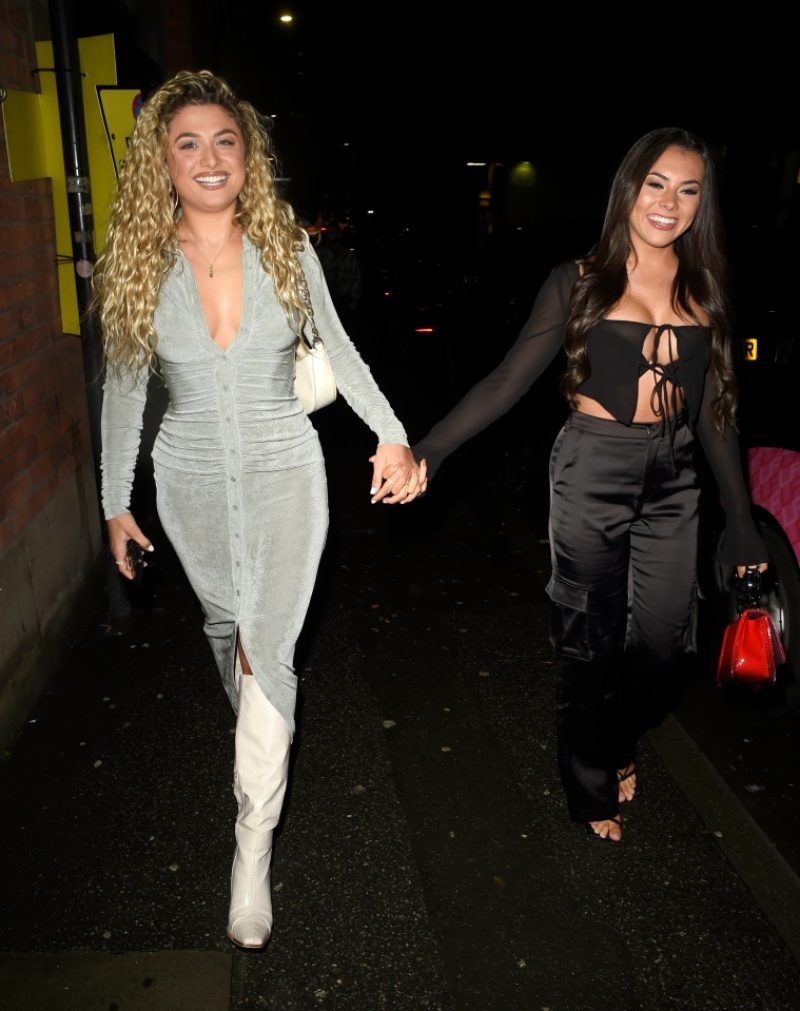 LOVE Island’s Paige Thorne wore a cut out top as she stepped out with co-star Antigoni.

The reality TV star, 25, was snapped as she attended a beauty event amid ‘drama’ with Jacques O’Neill.

Paige looked sensational in the black cut out top with long sleeves as she wore black satin trousers and open toe heels.

It comes as Jacques O’Neill has admitted he has feelings for his ex Paige Thorne as he hit out at Adam Collard.

The reality TV star – who walked away from the ITV2 dating show this summer to focus on his mental health – hit out at Adam, 27, after he ended things with his former flame.

Jacques, 23, had been seeing Paige while the pair were in the villa together – but she quickly moved on after he left the show.

Paige was seen making it all the way to the final week with former contestant Adam – with the couple leaving the show together.

However, last month, the pair revealed they had gone their separate ways after cheating claims, as Paige said Adam ghosted her.

Now, rugby star Jacques has revealed that he’s “always going to care” for his former flame, and said she’d been “done over badly”.

He told OK!: “I have no bad blood about her at all and she has nothing against me whatever happened, happened and it’s been done.

“Whenever I see Paige I am going to speak to the girl. I’ve got nothing against her. She’s a lovely girl and I’m always gonna care for her. It’s as simple as that.

“Once you have feelings for someone it doesn’t just go, you’re always going to care for them no matter what, so that’s how I see Paige right now.

“She’s been done over badly by you know someone, so I’m going to have her back when she’s been treated badly by a bloke like that.”

SplashRugby star Jacques has revealed that he’s “always going to care” for his former flame, and said she’d been “done over badly”[/caption]