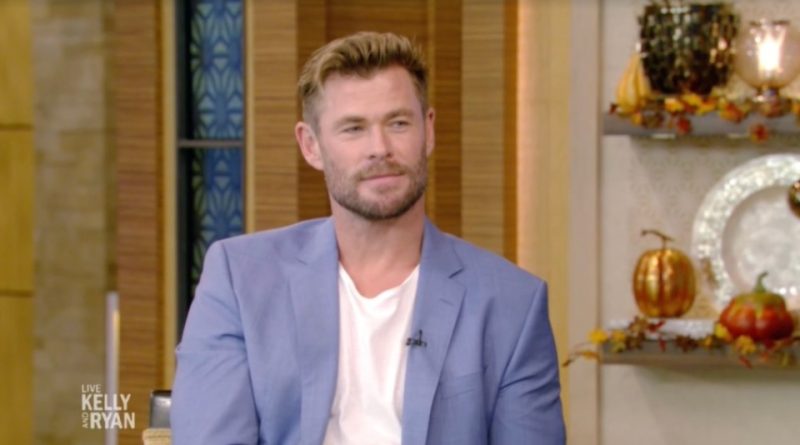 Viewers ripped the co-host for interrupting his A-list guest and accused him of turning the interview around on himself.

On Thursday’s episode of Live, Ryan, 47, and Kelly Ripa, 52 were joined by Chris, 39, who is promoting his new Disney+ National Geographic series, Limitless with Chris Hemsworth.

After the episode, Ryan shared a photo to Instagram that showed him chatting with the Thor star backstage in a dressing room.

“Caught up with Chris Hemsworth this morning.  I’m on the right btw, I know people are always mixing us up,” he joked.

But some fans took the opportunity to rip Ryan for his earlier interview.

“Loved the show but really, Ryan, could you let Chris finish a story?” asked one.

“Usually you guys let a guest talk but this morning it was like a question-fest and he couldn’t really answer.”

Another wrote: “I fast forwarded today during his chat. He’s too much. He made the interview with Chris about himself.”

“I totally agree. The show is so different to the Regis and Kathie Lee format,” posted a third.

During their interview, Ryan had tried to get some personal fitness tips from Chris.

“I’m obviously always trying to improve my physique. What is it that you’re doing on a regular basis? Taking notes here,” he asked.

But the former Sexiest Man Alive returned the compliment as he replied: “Well, you look incredible. I was gonna ask you the same question.”

A flattered Ryan looked at his watch and said: “I’m pretty much done for the week now!”

Ryan also claimed that Chris was roping him into the new Disney+ series.

“He’s trying to get me to be a guest star on Limitless,” the broadcaster said slyly to Kelly.

But Chris heard Ryan and told him: “I think you’d do well!”

I’m a huge Swiftie – I spent hours in a queue, here’s my message to Ticketmaster

Fans can catch up with more from Kelly and Ryan as new episodes air at 10 a.m. weekdays on NBC.

Limitless with Chris Hemsworth is available to stream now on Disney+.