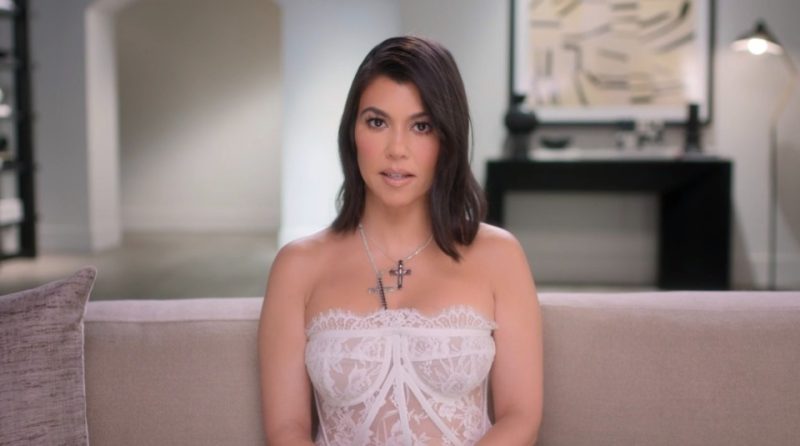 KOURTNEY Kardashian has revealed to fans that she’s under the weather in a concerning new video begging for “help.”

The star claimed to be “cleaning out” her bathroom rather than resting at the time.

She posted a makeup-free photo of herself holding a product in her hand.

The Lemme founder wrote: “I’m feeling sick and instead of sleeping I’m cleaning out my bathroom and closet and playing with products. Send help.”

She carried on sharing products that she came across along with links to Poosh about them.

The post came after a major glam fail for the star and her younger sister Kylie Jenner.

Kourtney’s been drawing criticism for more than just her makeup.

She and her husband Travis Barker were slammed for their unhealthy habits after sharing new pics on social media.

Kourtney shared photos from her GQ shoot with Travis, 47, which showed the couple wearing all-black leather outfits and matching boots.

The TV personality kneeled on the bed while her Blink-182 rocker husband towered over her.

Kourtney captioned the post: “My GQ man of the year (and forever),” along with a black heart emoji.

In the comments section, critics mocked the famous pair for keeping their “dirty boots” on and putting their footprints on “the clean white bedsheets.”

One person ranted: “What is it with this family and wearing shoes on the bed?”

“They don’t do their laundry, and they can just buy more if it gets f***ed up!” another critic raged.

A third user mentioned: “Shoes in bed. Not a good look,” while one person chimed in, “… It does not have a clean vibe. And it is not approved by me.”