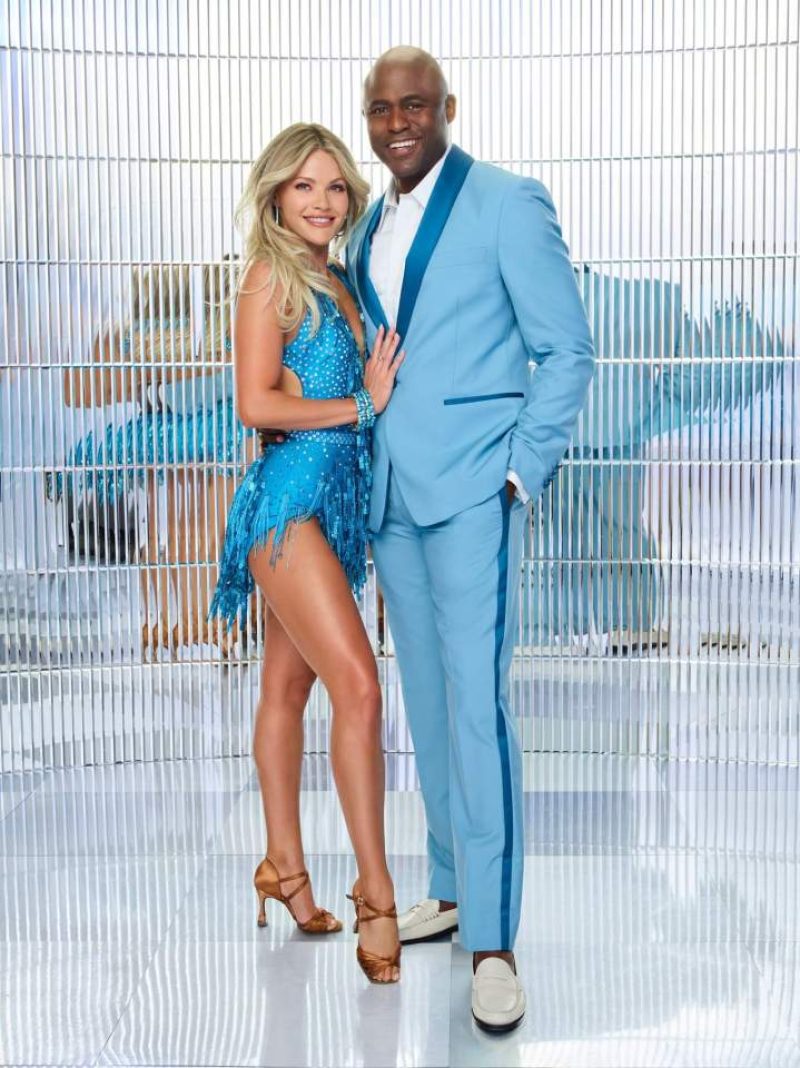 MANY fans of Dancing With The Stars think Wayne Brady deserves to win the top prize on Monday.

However, others are convinced that Charli D’Amelio, who already has prior experience, will take home the mirrorball trophy.

ABCWayne Brady and his partner, Witney Carson are the fan-favorite to win the mirrorball trophy[/caption]

Instagram/ dancingwiththestarsHowever, some fans think that another contestant will take home the win instead[/caption]

The finale of DWTS is happening on Monday, November 21.

And only four contestants remain along with Wayne and Witney Carson: Charli and Mark Ballas, Gabby Windey and Val Chmerkovskiy, and Shangela and Gleb Savchenko.

It is one of the tightest finales in DWTS history, as each contestant has consistently been at the top of the leaderboard throughout the competition.

While Wayne seems to be the favorite among fans, many think Charli will win, due to her perfect scores and prior dance experience.

Everything to know about comedian Wayne Brady

Fans took to Twitter to express their opinions on the matter.

“If Charli wins, I’ll be disappointed. I’ve watched this show for years and it’s always been about the journey of dancing.

“I’m still rooting for Wayne Brady to win #dwts of course,” said another.

Another fan replied: “Same here! Between Wayne and Charli for me though!”

However, the first fan disagreed: Charli is a strong competitor but I think Wayne could take it.”

Another fan agreed that even though Wayne should win, Charli most likely will.

“I’m rooting for Wayne Brady, but realistically, I see Charli winning it all! All her dances are perfect!” they wrote.

Another chimed in: “I want Wayne to win so bad. But I know for a fact Charli and gabby are the bottom two for that trophy without a doubt #DWTS.”

An angry fan wrote: “This is the most pointless finale ever tbh. Charli automatically wins because of her fanbase and voting! The only way Wayne or Shangela [has] a chance is if they rig and that’s the truth. I feel Gabby will be 2nd either way #dwts.”

Although Wanye and Witney are focused on winning the prize, they also have their heads elsewhere.

On the semi-finals show, Witney announced that she is pregnant with her second child.

The pair stunned viewers and the DWTS judges with a Paso Doble performance.

After the dance, they awaited their scores – raking up 36 points out of 40.

Then, host Alfonso Ribeiro announced that Witney, 29, had something personal to share.

She announced: “I am so excited to finally announce that Carson, Leo, and myself are expecting baby number two. So, I’m so blessed and this just felt like a really, really good time to share it.”

Fans, many of whom have been rooting for Witney and Wayne from the start, were thrilled for her.

On Twitter, one user gushed: “Witney is literally pregnant and still was dancing and choreographing circles around so many of the other contestants. An icon, your honor.”

Another fan wrote: “Congrats to Witney!!! That makes sense why maybe [she] and Wayne didn’t seem to have a ton of *chemistry* as people think they should have.”

“Witney did that back bend PREGNANT,” another viewer wrote.

Witney gave birth to her first baby boy in January 2021.

At the time, the dancer shared a sweet black and white photo of her and her husband Carson holding hands with their newborn on Instagram.

“After a really hard 24-hour labor, and an unexpected c-section… we are all healthy and well,” she wrote alongside it.

“We are so grateful & we’ve been soaking up every moment with our perfect angel boy. Thank you for all the prayers!”

Witney wrote on her Instagram Story after giving birth: “Contractions are actual hell but the epidural is heaven…. so I’m doing great.”

A day earlier, the choreographer showed off her bump in a hospital bed and wrote: “Alright baby boy, let’s do this.”

They named their baby boy Leo, later sharing the significance of his name.

He was “named after his grandpa who sent him down to us.”

Witney’s father-in-law passed away shortly before she gave birth to their son.

YouTube/ Witsay FanWitney announced during the semi-finals that she is expecting her second child with her husband, Carson[/caption]