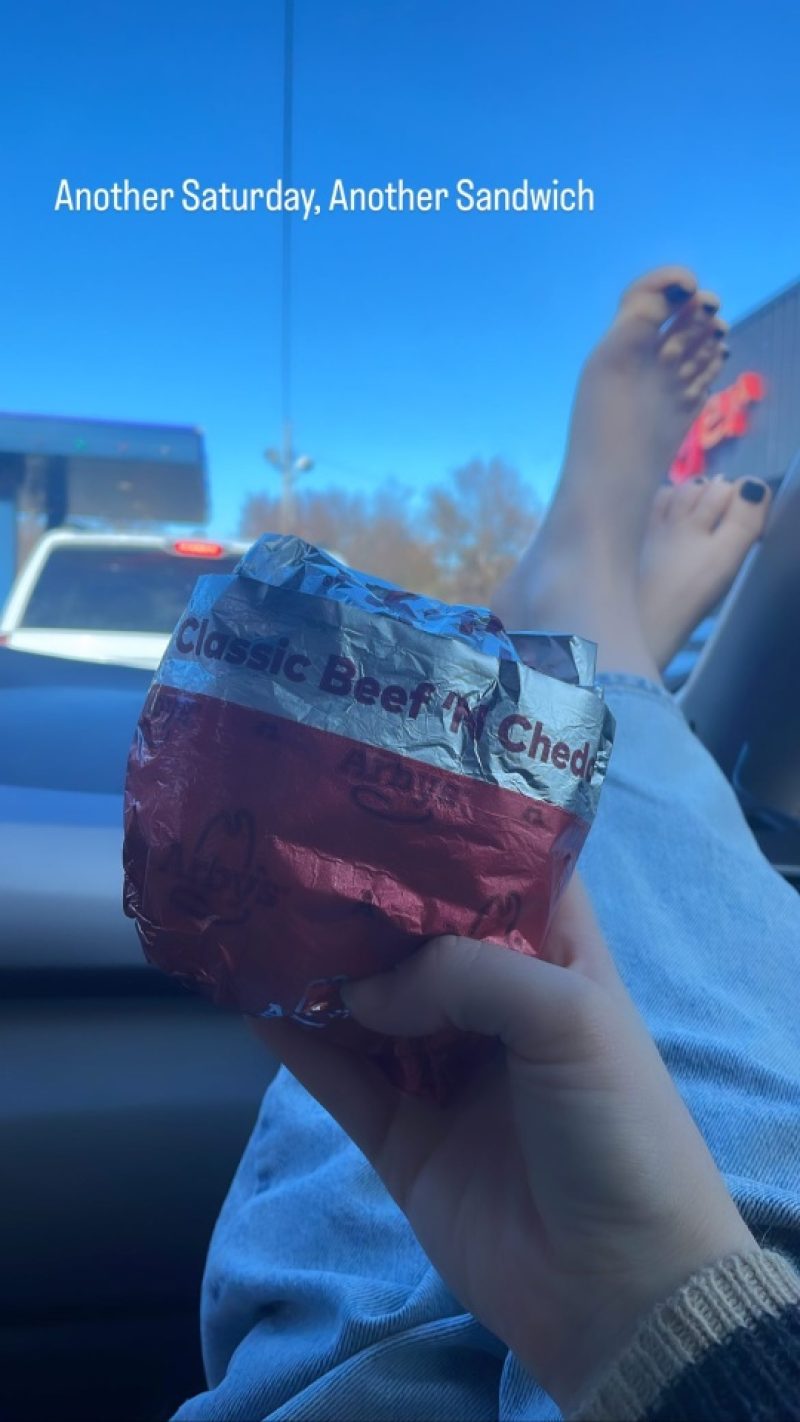 DUGGAR fans have slammed Joy-Anna over ‘incredibly dangerous’ behavior and pleaded with her to stop after seeing a clue in a photo.

The star posted a photo showing off one of her pregnancy cravings, but fans took issue with the post for other reasons.

Joy-Anna, 25, shared a snap of herself sitting in the car with her bare feet on the dashboard and an Arby’s sandwich in her hand.

Fans couldn’t look past the potential danger in the post, however, and took to an online thread to react.

The original poster was merely grossed out, writing, “When an average person puts their bare feet on the dashboard it’s gross’ when a Duggar does it it’s absolutely repulsive,” but others were concerned about the threat it posed.

One commenter replied: “It’s also incredibly dangerous… If the airbag were to go off, I don’t even want to think about those injuries.”

A second user commented: “After I saw an x-ray of someone’s broken legs/pelvis after a crash and sitting like this, I never rode with my feet up like that again! I’ve broken both my femurs before and it’s not something I’d like to relive.”

A third chimed in: “Knees definitely folding back the other way. Have seen the aftermath of this. Don’t do it!”

Someone else added: “I know a lady who is in a wheelchair because of riding like it! Driver plowed into the back of a car.”

Fans have been buzzing about the Counting On alum for more reasons than her dangerous car habits, however.

Recently, the mom of two shared a YouTube vlog detailing her gender reveal party and the prep leading up to it.

Reclusive sister Jana Duggar, 32, made an appearance in the video after Joy-Anna revealed that she was heavily involved in the planning and execution process.

Jana came over before the bulk of the other guests arrived to get everything in order for the bash and fans seemed to think she appeared “annoyed” in the clip, which was later shared on Reddit.

Fans speculated about what might be going on with the eldest Duggar daughter in the online thread.

“Just another gender reveal party that I am so over going to!” one fan claimed Jana was thinking.

Another commented: “If I make this face it’s because I’m pissed and won’t go there with my anger.”

“She has to be over the whole thing. All the wedding showers, baby showers, [gender] reveals, weddings, birthdays… I will tell you if I was in her place I would most likely not even be able to even slightly mask my disdain…” a third fan wrote.

One commenter wrote: “… Can you imagine being her age, having had to deal with several lifetime’s worth of family stress, public attention you definitely didn’t ask for, and no real tools to get out of it all while being told you’re not allowed to blow off steam?”

“She looked annoyed and uncomfortable the entire video,” another fan pointed out.

Joy-Anna has been documenting all aspects of her pregnancy thus far, including her cravings.

In a recent social media post, she was seen sitting at her kitchen table with a huge bag of chips, a tub of white cheese dip, and a giant tub of M&Ms in front of her.

The reality star – who is 12 weeks pregnant with her third child – wore an oversized gray T-shirt and cap in the clip.

She was seen swirling a chip in the dip while the text in the video read: “This pregnant mom at 10pm.”

The video was set to someone saying: “If I don’t have a snack soon I might die.”

Another person asked, “Why don’t you wait till breakfast?”

The first person replied, “Why don’t you mind your business,” as Joy-Anna looked up from her snack and gave evils to the camera.

She captioned the video: “This pregnant mama every night after the kids go to bed!”

The TLC alum’s critics couldn’t help but point out that her chip didn’t appear to have any dip on it.

One commented: “That chip had no queso on it lol.”

Another added in a since-deleted comment: “You can literally see her swirling the chip in the air ABOVE the tub.”