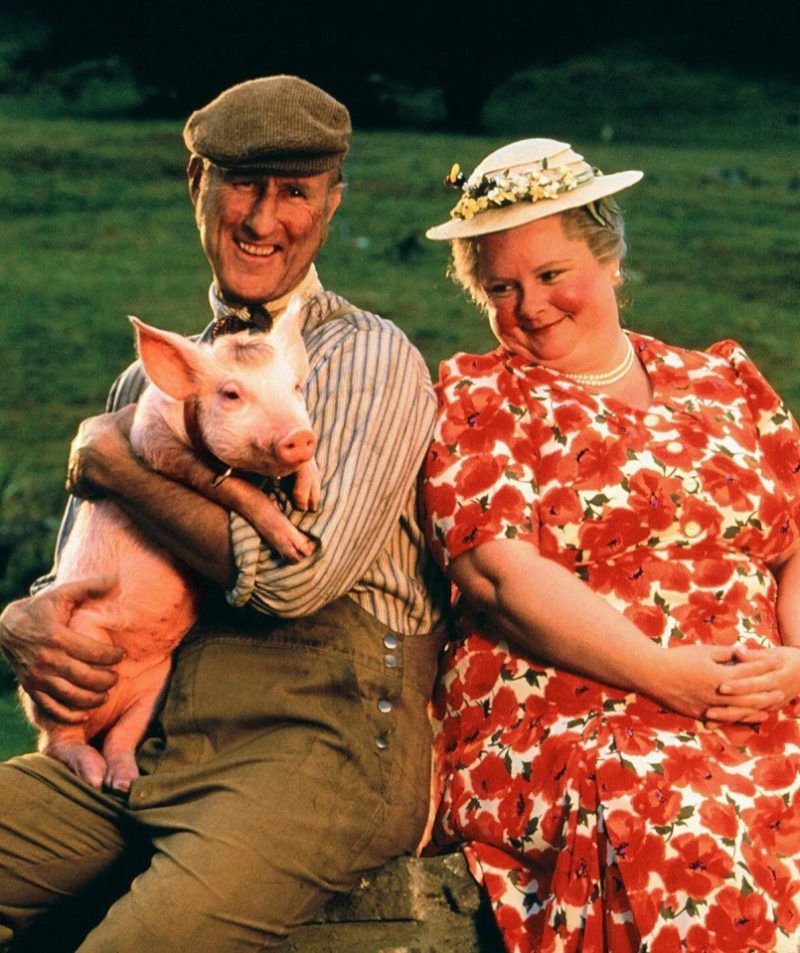 The actress – who has since appeared in sitcom Kath & Kim this year – took to Instagram in the wake of the reunion episode of the show.

Magda, 61, can be seen smiling in a series of Instagram posts – often going without make-up and showing off her natural beauty.

She very different from the 1995 movie, where she was seen playing pig owner Mrs Hoggett in flowery dresses and hats.

Magda had her hair pulled up and dyed a light shade of grey-blonde for the role, which saw her red-faced and jolly alongside Babe.

However, recent snaps see the comedian back to her natural strawberry-blonde colour, ahead of the Kath & Kim reboot next week.

Magda is set to return to discuss her role as Sharon in the mother-daughter sitcom, in the special episode titled Our Effluent Life.

Ahead of the big debut, the star has regularly been posting on her social media – recently sharing a glam snap from the TV awards.

Magda donned a long green cape over a green velvet two-piece of the red carpet, looking a million miles from her sitcom character.

The TV star also opened up about her battle with emotional eating – as well as chronic health problems due to her weight struggle.

She fought back tears during an Instagram interview, as she told fan she felt like a “f**king shame magnet” about her eating disorder.

She told ABC weight management expert Dr Lucy Burns: “I think, really, that sense of sort of being able to forgive myself.

“Because I know people are like, ‘Why has she done that to herself?’ And I felt I had no choice. It was the only sane decision I could make, given the alternatives that I faced.

“And then you become this, like, f**king shame magnet. It’s like you’re not supposed to fight back, you are not allowed to defend yourself.

“You’re supposed to just hang your head again in shame and say, ‘I’ve brought this on myself’.”

Madga starred in Kath & Kim back in the 90s, with the sitcom recently made available to watch again on Netflix.

Kath and Kim has been available to watch on Netflix since July 28, 2018.

The multi-award winning television sitcom spanned over four seasons, which are all available to stream now, and later a telemovie and a feature-length film.