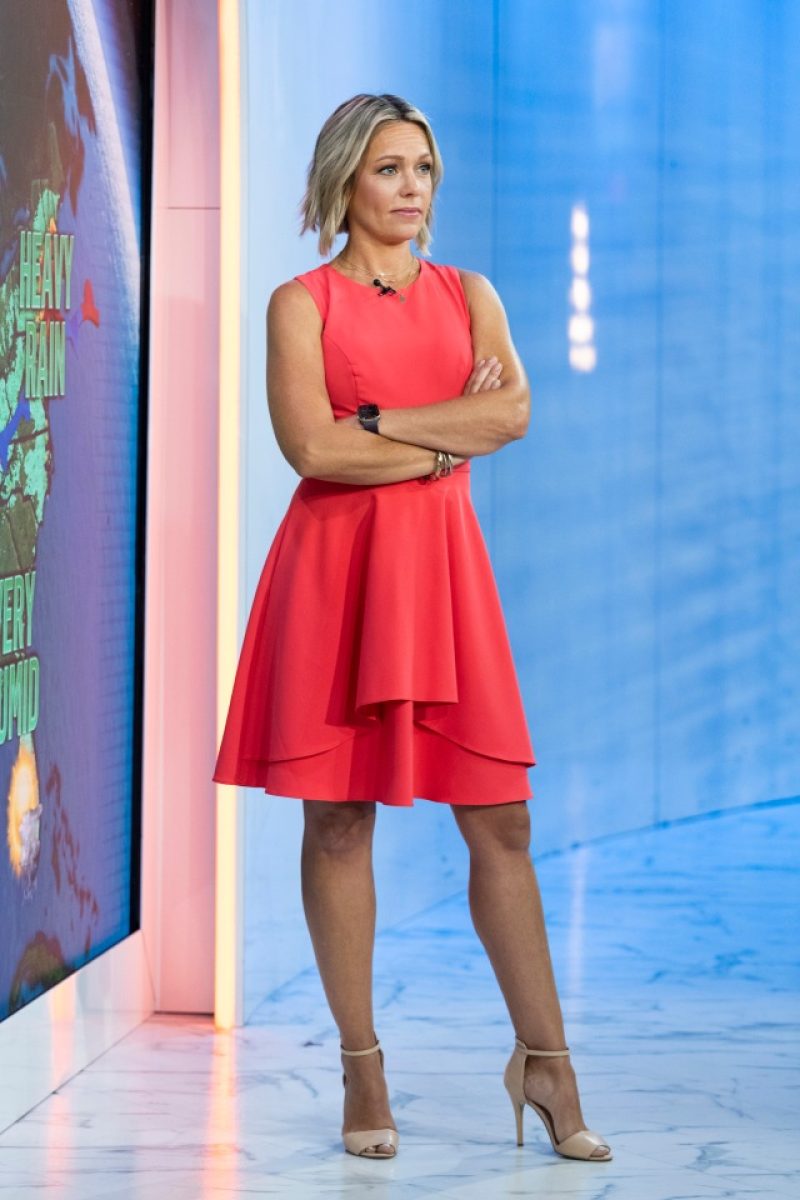 TODAY’s Craig Melvin has been slammed for treating co-host Dylan Dreyer “like she’s two” as a viewer ripped the nickname her co-hosts call her.

Dreyer is a meteorologist for NBC News on Weekend Today Show
and also appears on the show during the week.

“Please stop calling Dylan, “Dilly, Dilly” she’s not 2,” one fan commented on an Instagram post on Friday that featured Melvin trying out a biscuit.

“Dilly-Dilly” appears to be a common nickname used by the entire TODAY show cast for Dreyer.

It kicked off in 2017 after a Bud Light commercial went viral.

In the commercial, people toasted a king with Bud Light while chanting “Dilly Dilly.”

TOKING IT IN STRIDE

As such, Dreyer’s co-hosts started calling her “Dilly Dilly.”

She showed the clip to explain where the “not even a little bit annoying” nickname came from.

“Dilly Dilly! You have always been a True Friend of The Crown, and we are overjoyed to call you Dame Dylan Dreyer. #DillyDillyDylanDreyer,” Bud Light tweeted at the time.

Some fans were unsure of the nickname at first, with one writing: “Didn’t think it was funny even when it was a beer commercial…but that’s just me I guess.”

Another said: “You guys are SillySilly.”

Despite some criticism, other fans have had fun with the nickname and have gotten in on the action.

“Dilly Dilly is wonderful, & she wears the cutest dresses,” one fan wrote on an Instagram post by Al Roker in honor of Dreyer’s birthday.

“I think that Dylan Dreyer should do a Bud Light commercial. Queen Dilly Dilly,” another fan tweeted.

When Dreyer met her name twin, a man who was also named Dylan Dreyer (and happened to look exactly like her husband), it turned out he was also called “Dilly Dilly.”

Even as the hosts discussed Al Roker being hospitalized for blood clots, Dreyer said that he still used her now-classic nickname.

“The first time I called him, he immediately said, ‘Hey, Dilly Dill, how are the boys?”

It comes as Melvin has clapped back at Dreyer after he commented about her garlic breath as she interrupted him in an awkward live TV moment.

During a cooking segment, he tried to add in one last sentence before getting cut off: “You can head to TODAY.com…”

Dylan interrupted him by saying: “You have spinach in your teeth!”

Dylan and Sheinelle Jones laughed as Craig came back with a dig at her.

“You’ve got garlic on your breath,” he said.

The women continued to laugh as Craig finished the outro.

Dylan got Craig back earlier in the week when she mocked the way he drank tea.

On Monday’s show, Sheinelle talked to Cindy Bigelow, one of the CEOs of Bigelow Tea.

The host was taken through the production of the product and got to interview Cindy about the company.

At the end of the segment, Sheinelle, Craig, and Dylan all got to sample the tea in the studio.

As Sheinelle talked about the tea, Dylan gave Craig a weird look as he drank his tea with his pinky finger in the air.

“Would you put your pinky back? That is just so-,” she said, as Sheinelle laughed.

“It’s such a simple pleasure,” Sheinelle said as the two continued to argue.

“You have your pinky up,” Craig pointed to Dylan.

Dylan held the cup in her full hand as she sipped.

Dylan isn’t the only one Craig has thrown shade to on live TV.

Al, Craig, Sheinelle, and Dylan all joined in on the segment.

She talked about safety when it comes to food allergies, and told Al that they have pumpkin baskets that light up to distinguish an allergy.

“Wow,” Al said. “In my day, it was basically a shopping bag or a pillow case.”

Craig then playfully dissed his co-host by saying: “They had Halloween back then?”

Al said: “They did. They did. I was there when they were actually burning witches at the stake.”

Craig burst out laughing and Dylan and Sheinelle both playfully hit Al on the arm.

Craig wiped tears away from his eyes as the hosts all cracked up.