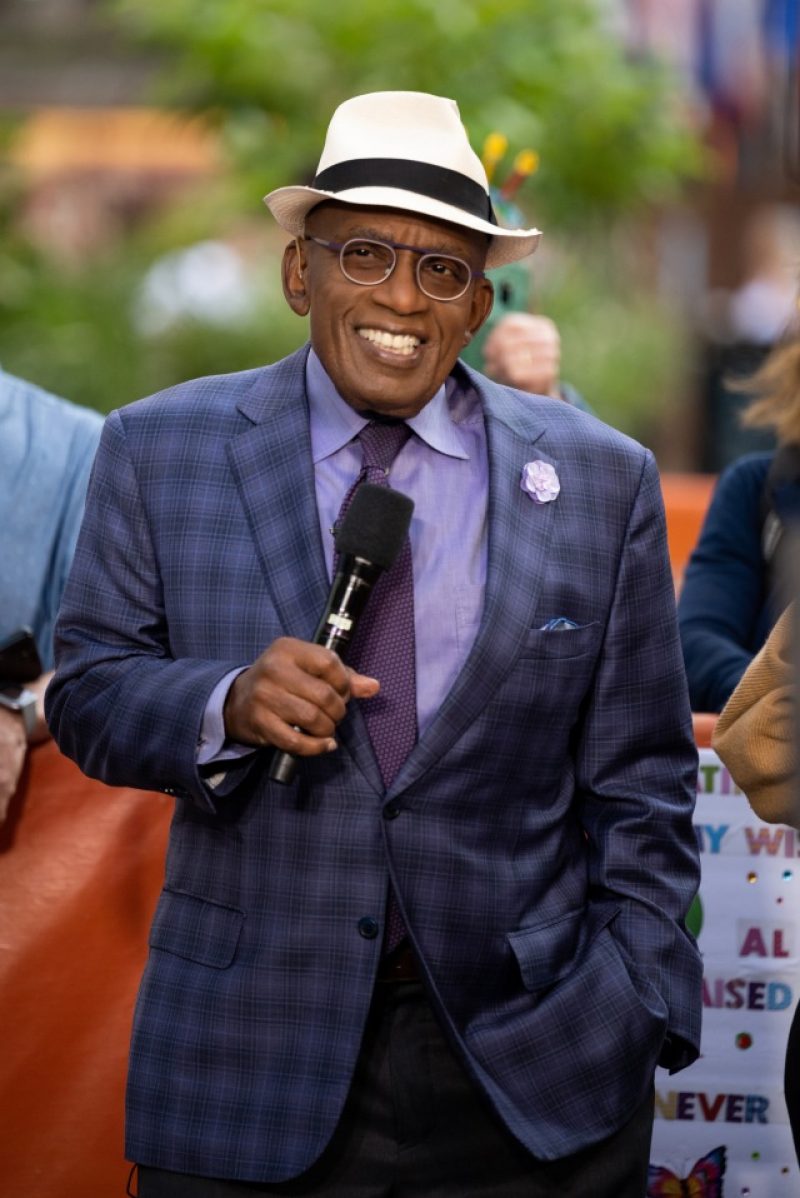 TODAY host Al Roker’s wife, Deborah Roberts, has opened up about the star after he was rushed to the hospital for blood clots.

The weather anchor has been recovering from blood clots in his leg and lungs.

Along with hundreds of other “get well” wishes, Academy Award-winning actress Octavia Spencer, 52, took time to check in on Al, 68.

The Fruitvale Station actress commented on Al’s health update, writing: “Glad you’re feeling better! You’re an inspiration to us all and definitely one of the most resilient.”

Deborah, 62, also opened up about her husband’s condition and shared sweet photos of them together on her own Instagram account.

TOKING IT IN STRIDE

The 20/20 contributing anchor posted a selfie of herself and her husband in the backyard of their home.

They both smiled at the camera while wearing similar denim outfits.

The second entry featured a rare photo of Al, Deborah, and their kids on their daughter’s graduation day.

Deborah captioned the post: “You are the shining sun and star in our family, Al. Love you so much. Can’t wait til you’re feeling like your old self.”

Most read in EntertainmenT

Earlier this week, Deborah gave worried fans some insight as to why her husband has been missing from the morning show.

While a few TODAY show hosts have taken turns being out recently, Al was consistently missing for a couple of weeks.

Unable to get answers straight from the source, fans flocked to the meteorologist’s wife’s Instagram.

Though the photos didn’t feature Al, followers still made sure to inquire about Al in the comments.

One concerned social media user asked: “Is Al Roker ill? Hasn’t been on Instagram or on the Today show. Worried.”

He shared a photo of a flower bouquet and a coffee mug, captioned: “So many of you have been thoughtfully asking where I’ve been.

“After some medical whack-a-mole, I am so fortunate to be getting terrific medical care and on the way to recovery.”

During Friday’s episode of Today, the hosts mentioned Al’s absence as they addressed fan concerns.

Following the news, Al’s co-host Savannah Guthrie reacted: “You’re the strongest person we know. We miss you and will see you soon!”

“Al Roker– hurry back to us… counting the days xoxoxo,” wrote Hoda Kotb.

Another co-host, Dylan Dreyer, commented: “Love you Al and praying every day for a speedy recovery!”

“Love you Al! Hurry home. You are missed and loved beyond measure!” said Jenna Bush Hager.

“Love you brother…can’t wait to have you back!” wrote Craig Melvin.

The View‘s Sara Haines even chimed in: “Sending love Al!!!!”