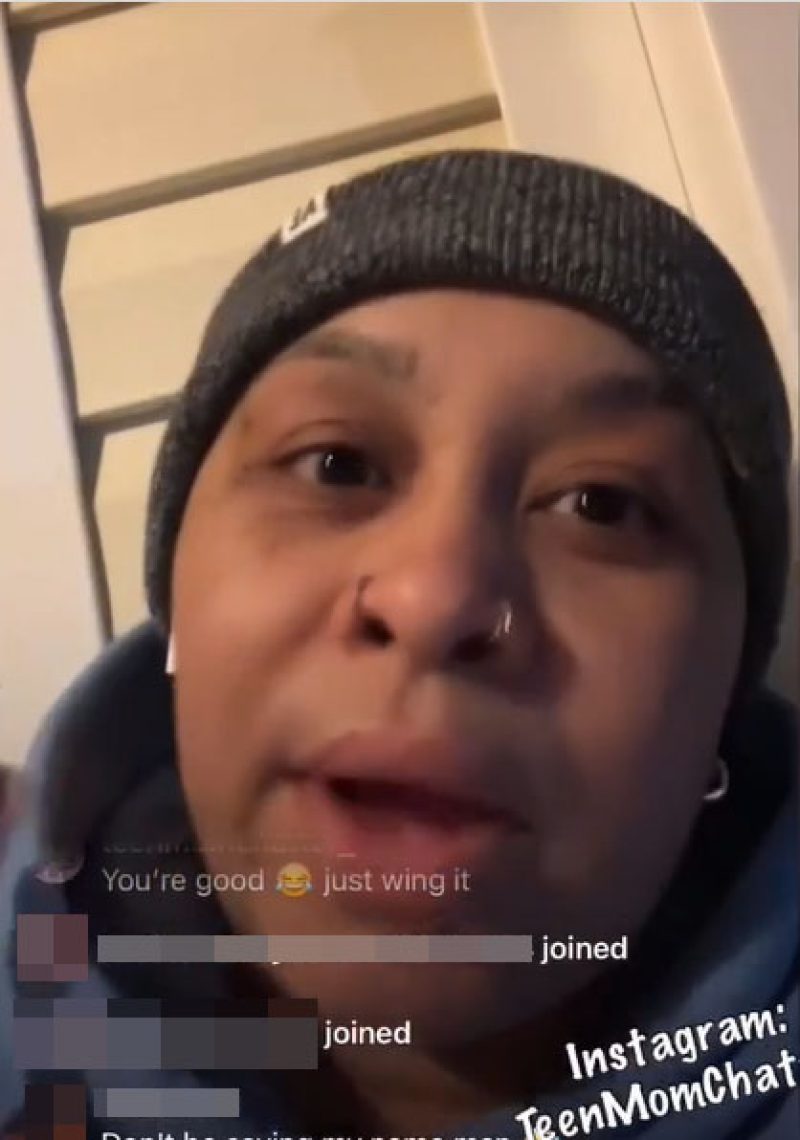 TEEN Mom Kailyn Lowry’s ex-best friend Darcy is spilling all of the tea about the star’s secret pregnancy and more.

Over a lengthy Instagram Live video, Darcy speaks about her claims of getting nude photos of Kailyn and her exes, Kailyn’s real feelings about her podcasts, her progress with her alleged pregnancy and more.

Darcy claims she connected with Kailyn online and at first was just chatting with her as a fan.

Over time, the two became acquainted with each other and Darcy claims Kailyn would often call to talk about her problems.

In the Instagram Live rant that was reposted to Teen Mom Chatter on the social media platform, Darcy claims things escalated as she also maintained a relationship with Chris Lopez and other people in Kailyn’s life.

Darcy said she felt compelled to go onto Instagram to dish the tea on all of Kailyn’s secrets because she was angered the star referred to her as a “crazy obsessed fan” and dissed their friendship on a podcast.

However, Darcy continued to spill on Kailyn’s secrets sharing a slew of shocking claims.

Darcy claimed Kailyn was only into the podcasts for the money and didn’t have a real relationship with her co-hosts.

She also claimed Kailyn was the insider who reached out to The Ashley’s Reality Roundup to share the story about her former co-star Chelsea DeBoer being sued.

Although the entire Live video was shocking fans, many continued to pressure Darcy to spill about Kailyn’s pregnancy rumors.

Darcy told fans to take it with a grain of salt because she believes Kailyn “is not a good person” but confirmed she believes the star is indeed pregnant.

Kailyn’s ex-bestie claims the star has sent her ultrasound photos and video of the baby kicking.

All Darcy had to say about it was: “Pray for the baby.”

Amid all of the scathing drama, Kailyn has also hinted it’s over with her boyfriend Elijah Scott amid the rumors she’s pregnant with his baby.

The reality star took to her Instagram Stories last week Friday to share a meme reading: “Buying your boyfriend a PS5 knowing he needs a LeapFrog is outrageous.”

Fans took to an online forum to speculate a split as they claimed the message was a poke toward Elijah’s intelligence.

“Is she calling her current d**k a moron?” a final wrote sarcastically.

Fans recently thought that they were able to spot a baby bump on the MTV alum.

“Looks like a bump to me,” wrote one as the pictures were shared on social media.

Dario Alequin for The US SunMeanwhile, fans are wondering if Kailyn and her boyfriend Elijah are headed for a split[/caption]