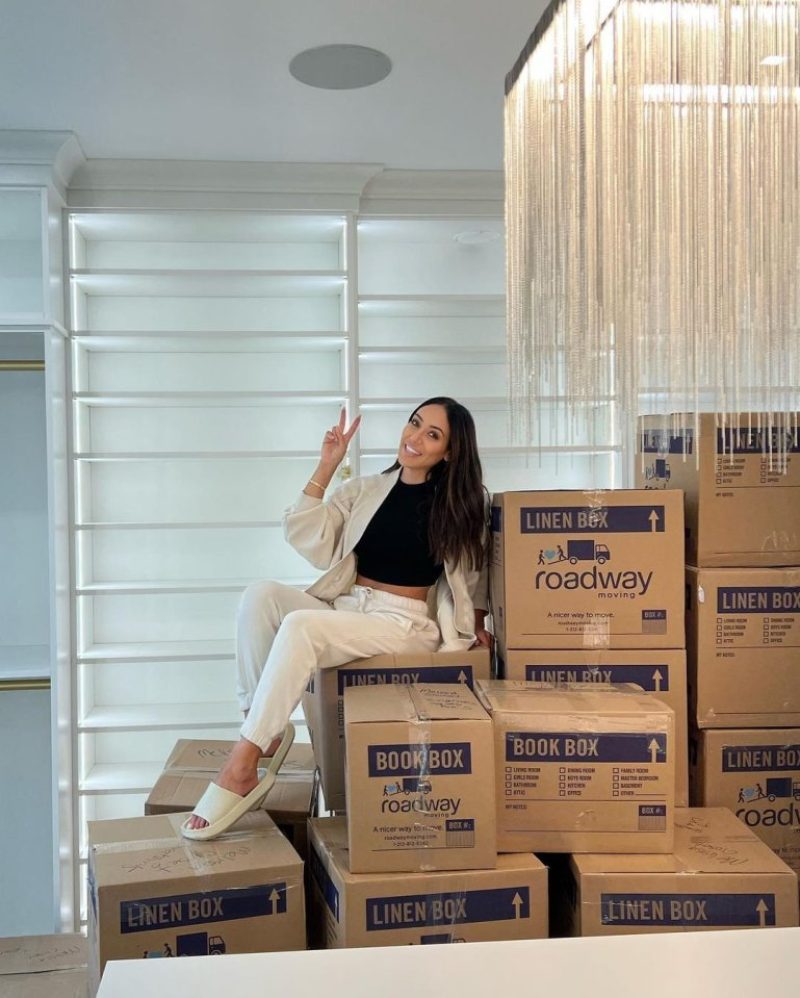 REALITY housewife Melissa Gorga has her new massive mansion decked out with Christmas lights the same day the her family moves in.

The Real Housewives of New Jersey star, 43, got started early on the Christmas decorations and covered their home in holiday lights before they fully moved in.

A photo of the outside of the Gorga mansion lit-up was posted to the company’s Instagram page with an appreciative caption for the “Queen of Reality TV’s” business.

“When the queen of reality TV wants Christmas lights….we light it up!!!” the caption said.

“Thank you so much Melissa Gorga and Joey Gorga for being gracious customers and inviting us to make your home sparkle for the 2022 holiday season!!!!”

Holiday decorating definitely seems to be a top priority in the Gorga household since Melissa made sure to get her Christmas lights up before unpacking.

The Gorga’s moved into their new mansion on the same day that their Christmas lights were being put up around their spacious home.

Melissa posted a photo of her and Joe’s, 43, daughter Antonia, 17, in their old home surrounded by packed boxes with a heartfelt caption celebrating their move.

It has been a long road for Melissa and Joe when it comes to their mansion since they had it built from the ground up.

MANSION IN THE MAKING

In January the Gorga’s began construction on their new mansion that they designed with an architect.

“We designed [it] the way we wanted – exactly what Melissa wanted. ‘I want a big closet. I want this, I want that, I want a big laundry room,’ and here we go,” Joe said.

The journey to their new mansion has been documented on Melissa’s Instagram page over the last year.

In January Melissa posted a video to Instagram of the foundation of the house.

“We working. Time for a change. LET’s do this!.” Melissa wrote in the caption with the hashtags home design and new construction.

Since this house marks new beginnings for Melissa maybe that’ll mean a new beginning for her and Teresa Giudice, 50.

As of now her and Teresa still aren’t speaking and are remain to be at odds with each other.

PrevPreviousB Smyth shared haunting post about ‘waking up’ just weeks before R&B singer’s tragic death from pulmonary fibrosis at 28
NextDuggar critics accused Jessa of ‘exploiting’ her daughter Ivy, 3, after tot is ‘forced to do despicable move’ in videoNext