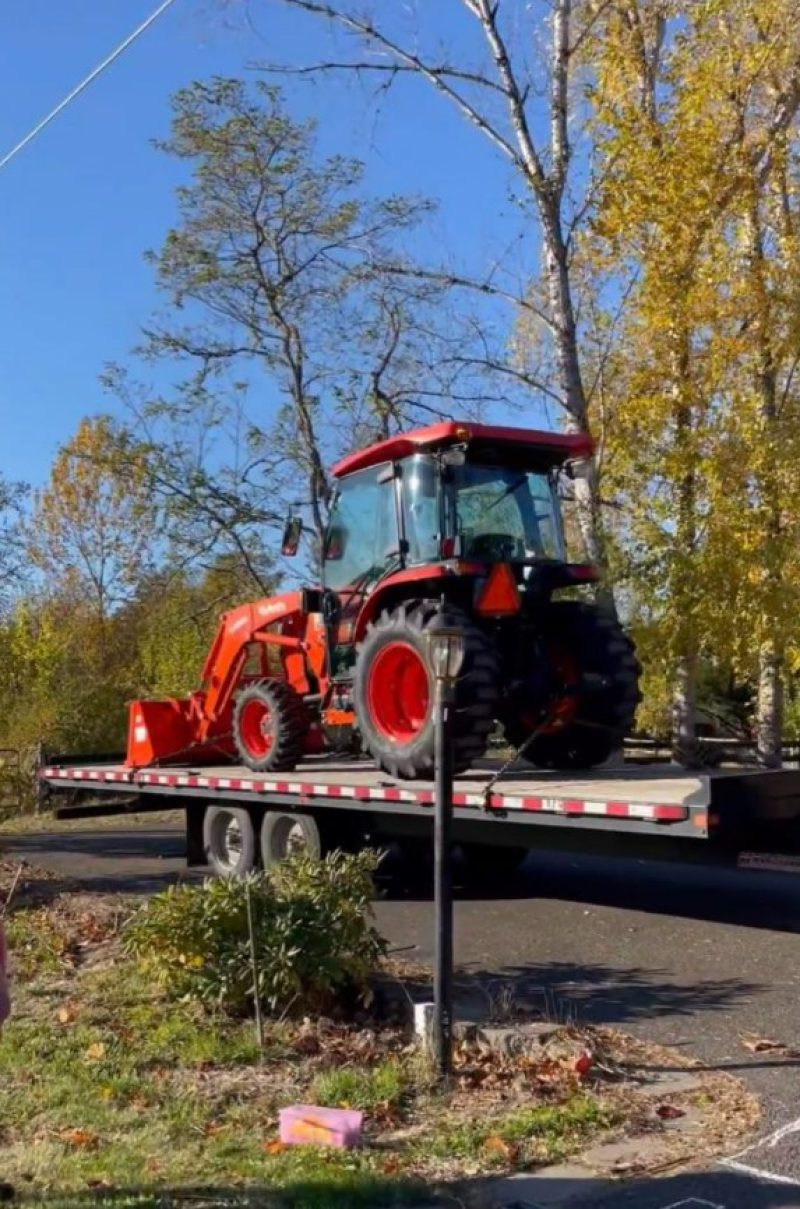 LITTLE People, Big World fans have slammed Audrey Roloff for being “mean and horrible” towards Tori Roloff amid their family feud.

Recently, Audrey, 31, and her husband, Jeremy, 32, shared videos of their new Kubota tractor in a series of Instagram Stories.

The LPBW alum filmed the moment she revealed the brand-new tractor to her followers.

The tractor was still sitting inside the delivery trailer.

Her hubby posted a video of the farm equipment being unloaded from the trailer and onto his property.

Twin brother, Zach Roloff, 32, recently allowed his daughter Lilah to sit with him on his tractor.

Fans claimed Jeremy had to “get one too,” due to their sibling rivalry and the couple supposedly spent about $50K on a new tractor.

In an online thread, critics slammed Jeremy’s wife for being mean-spirited as she competed against her sister-in-law.

One critic said: “Audrey is truly unlikeable and insufferable as she always tries to one-up everyone!”

Another critic added: “Zach and Tori are the least competitive people ever.

“They don’t want to better themselves or have a nice yard. Audrey and Jeremy are so competitive on the other hand.”

A third critic mentioned: “She is trying to show up Tori and Zach.

“Audrey will definitely have baby number four just to win that prize from Tori too.”

A fourth person wrote: “Can’t these sisters-in-law just live their own lives?

“They barely even visit each other or interact on social media. Audrey’s just immature.”

A commentator chimed in: “The tractor is another way to seek attention. Audrey is so corny.”

The sisters-in-law have been in a long-running feud due to not seeing eye-to-eye over the years.

Their feud has been traced back to their different opinions and beliefs.

Tori and Zach have adopted more liberal stances to their lifestyle.

The TLC stars have also not had many interactions, which has also trickled down to their children.

Fans speculated that the Roloff farm was at the center of the feud.

Jeremy had been open about wanting to run it after his father retired and stepped down.

Unfortunately, the twin brothers could not come to agreeable terms with patriarch Matt Roloff, 61, who decided to put up 16 acres of their family’s plot for sale.

Jeremy and Audrey are the parents of their five-year-old daughter, Ember, two-year-old boy Bode, and their newborn baby Radley.

TLCTori Roloff has feuded with Audrey over their opposing views[/caption]

Audrey Roloff InstagramAudrey and Jeremy posed together for a photo[/caption]