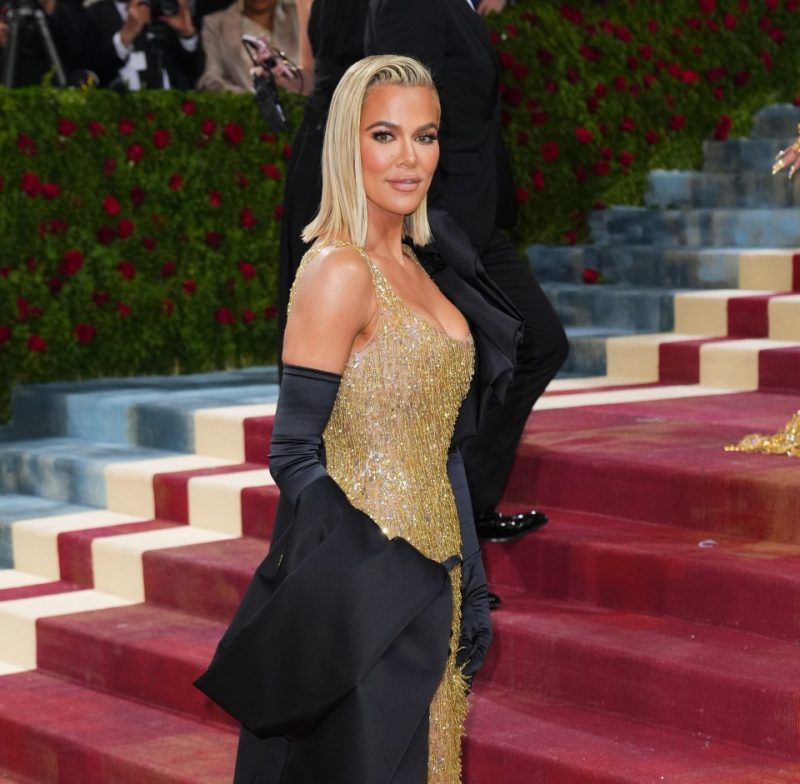 Khloe Kardashian looks fresh-faced and timeless in her gold gown as Hulu cameras went behind the scenes for her prep work for her Met Gala appearance.

Fans are begging Khloe to make the natural and minimal makeup look a regular routine.

One fan reposted a photo of Khloe, 38, trying on her gown for a fitting.

On the online forum, the fan gushed: “Khloe looks beautiful here. I think I really like the minimal makeup and fresh-faced look on her a lot!”

Another fan agreed and said: “Her face shines here. She has such pretty eyes and features that I feel like makeup almost covers them up a lot of the time.”

A third posted: “She looks ethereal.”

Yet a fourth chimed in: “Totally gorgeous.”

A fifth posted: “I don’t know why they wear so much makeup, honestly. Her skin looks amazing here.”

Khloe wore the gold dress for her Met Gala appearance back in May, although her look was slammed at the time for being too boring.

Many even think she may not be invited back for next year’s Gala.

This was the reality star’s first Met Gala, as she was previously said to be “too C-list” for the event and “banned” by Vogue head honcho Anna Wintour.

For the first time ever, all five Kardashian sisters – Kim, Khloe, Kylie, Kendall and Kourtney – were invited to the Met Gala.

More recently, Khloe has been sparking concern from fans as she continues to shed off pounds.

In a new Good American ad, Khloe appears to be drowning in her sweatpants.

In the comments section, fans became concerned with Khloe’s weight loss and claimed she “looked unhealthy.”

One fan asked: “What’s happening with her tummy?”

Another fan added: “Oh Khloe, I can see your rib cage! That’s not healthy!”

Another fan mentioned: “I’m glad someone else noticed this. I believe she is struggling with an eating disorder.”

A fourth person wrote: “I hope she gets help,” along with a crying emoji.

A commentator chimed in: “Give that girl some food!”

There have been several instances throughout the year where Khloe flaunted how thin she has become.

The TV star shared the results of her recent workout session.

She appeared to be sitting down while pointing the camera at the exercise equipment behind her.

The TV personality claimed she was in “beast mode” as she tagged the Donamatrix Training boutique in her sweaty post.

Khloe’s thin arms became the topic of discussion among fans.

At the time, Khloe’s look was slammed for being ‘too boring’GettyGettyThis was the first year all five Kardashian sisters were invited to the Met Gala[/caption]