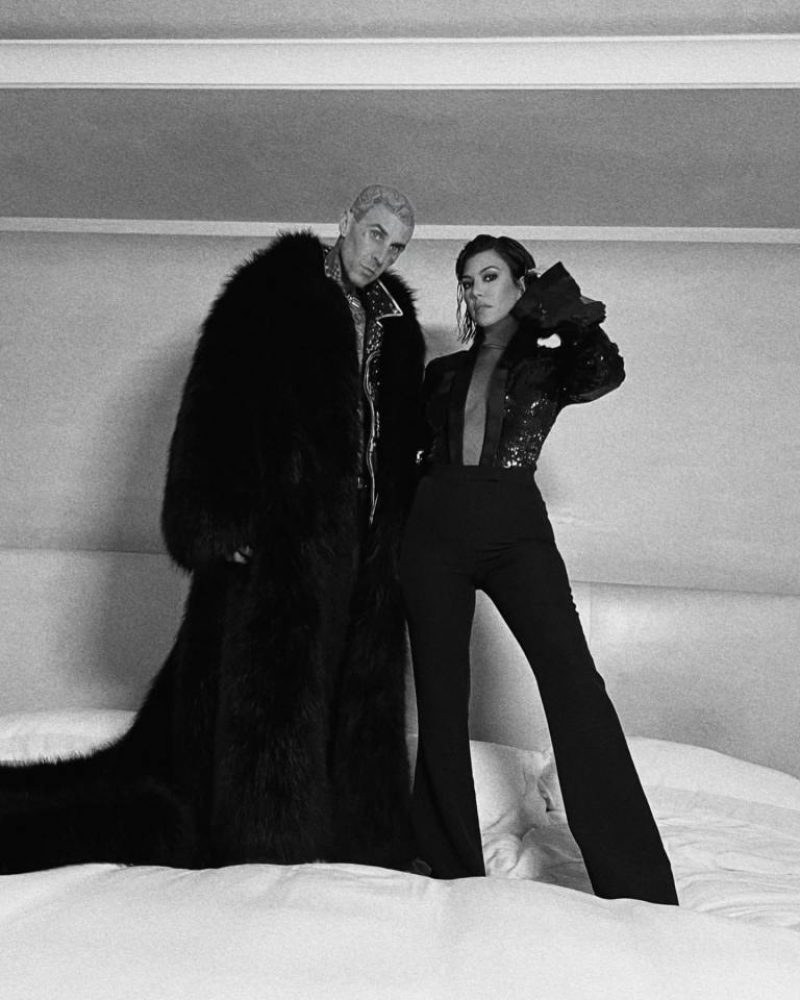 CRITICS have cringed at Kourtney Kardashian and Travis Barker’s unhealthy habits in their new photos.

Kourtney, 43, shared images from her shoot with her husband, Travis, 47, on Instagram.

In the first snapshot, the couple donned an all-black leather ensemble and matching boots.

The Hulu star kneeled on the bed while the Blink-182 drummer towered over her.

Kourtney captioned the post: “My @gq man of the year (and forever),” along with a black heart emoji.

PDA ALL THE WAY

In the comments section, critics mocked the couple for keeping their “dirty boots” on and putting their footprints on “the clean white bedsheets.”

One critic ranted: “What is it with this family and wearing SHOES ON THE BED?”

Another critic added: “They don’t do their laundry, and they can just buy more if it gets f***ed up!”

A third critic mentioned: “Shoes in bed. Not a good look.”

A fourth person wrote: “SHOES ON THE BED? It does not have a clean vibe. And it is not approved by me.”

After getting married in May, Kourtney became the stepmother to Travis’ teenage children – Landon, 18, and Alabama, 16 – both of whom he shares with ex-wife Shanna Moakler.

In the most recent episode of The Kardashians, the famous sister was getting glammed up for the Met Gala, which took place in May.

While being pampered by the hair and makeup team, the reality star seemed very relaxed for her first time attending the big fashion event.

She asked her sister Kim Kardashian, 42, at the time: “What is there to be nervous about? Like, what is the worse that could happen?

“I roll down the stars and laugh? There is nothing to be nervous about.”

Kim was the opposite and seemed highly stressed as she was getting to wear Marilyn Monroe’s $5million dress.

Kourtney’s sister continued to stress herself out, especially when she found herself stuck in a traffic jam.

“We’re just doing it to have an experience together and have fun. That’s how we have fun.”

Getty Images – GettyTravis and Kourtney have been married since May[/caption]