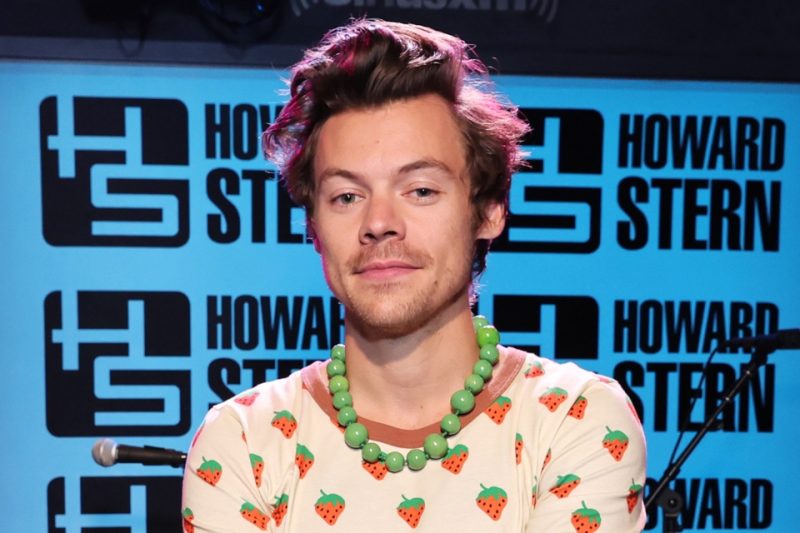 OLIVIA Wilde and Harry Styles’ relationship gained a lot of media attention after it became official in January 2021.

As of the time of writing, they have taken a break from their relationship.

Harry Styles visits The Howard Stern Show on May 18, 2022, in New York City

It was reported in January 2021 that Olivia Wilde and Harry Styles had already been dating for a few weeks.

A source told People magazine: “[Olivia and Harry] were in Montecito, California, this weekend for a wedding.

“They were affectionate around their friends, held hands, and looked very happy. They have dated for a few weeks.”

The pair attended a wedding in California at the time and shared a room for the night.

The source added: “They shared a room and did everything together, they had a great time and are very happy.”

According to Page Six, Olivia Wilde and Harry Styles were spotted together at Coachella.

Olivia was also spotted cheering on Harry, who headlined the 2022 Coachella Valley Music and Arts Festival.

However, the pair have reportedly taken a break from their relationship in November 2022, according to PEOPLE.

Multiple sources confirmed to the news outlet with one saying: “He’s still touring and is now going abroad. She is focusing on her kids and her work in L.A. It’s a very amicable decision.”

Another source told the outlet: “They’re still very close friends. Right now, they have different priorities that are keeping them apart.”

What is Harry Styles’ net worth?

According to Celebrity Net Worth, Harry Styles has an estimated net worth of approximately $120million, as of November 2022.

His main source of wealth is said to be his career as a musician, singer, and songwriter.

He also earns income from brand endorsements and sponsorships.

What is Olivia Wilde’s net worth?

According to Celebrity Net Worth, Olivia Wilde has an estimated net worth of approximately $25million, as of November 2022.

Her main source of wealth is said to be her career as an actress, film producer, model, writer, and film director.