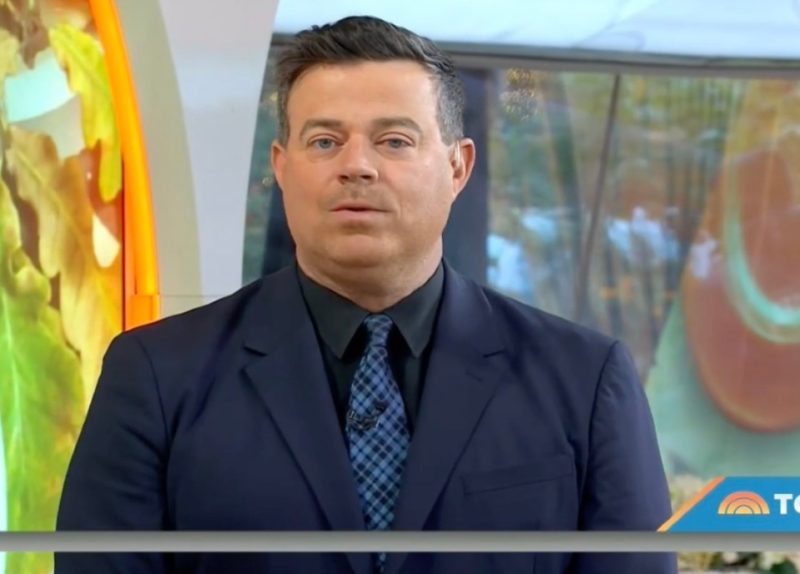 During Thursday’s edition of the NBC show, Carson crowned Martha the Queen of Thanksgiving after welcoming her and 17 chefs into the studio to share their cooking secrets.

After handing Martha a golden turkey baster as well as a crown, Carson and his TODAY co-hosts Savannah Guthrie, Hoda Kotb, and Craig Melvin toasted the 81-year-old.

Martha appeared to be loving the attention as she sipped from her glass of champagne.

Craig asked her: “Martha, what is it you enjoy so much about Thanksgiving?”

“Well it’s just a random gathering of friends and family,” she replied as Carson blurted out: “She’s talking about Snoop Dogg!”

As Martha giggled, Carson added: “No, seriously, does Snoop Dogg come to your Thanksgiving?”

“Erm not this year but I’m sure he will want to next year,” Martha responded.

Martha and Rapper Snoop have one of the most wholesome, and surprising, celebrity friendships which has blossomed over the years.

Despite there being a 30-year age gap between the pair, the duo hit it off after meeting over a decade ago on the set of Martha’s now-defunct series, The Martha Stewart Show.

In August 2016, the unlikely friends announced their joint cooking show on VH1 which was called Martha & Snoop’s Potluck Dinner Party.

The series premiered in November 2016 and was even nominated for the Emmy for Outstanding Host for a Reality or Reality Competition Program, but lost out to RuPaul.

During a 2016 interview with Rolling Stone magazine, Snoop elaborated on his friendship with the lifestyle guru.

“I’ve never met anyone like Martha Stewart. When we come together, it’s a natural combination of love, peace, and harmony,” he said.

That month, she also tweeted a photo of a painting Snoop had done for her.

And in October 2018, Martha wrote the foreword for Snoop’s cookbook, From Crook to Cook: Platinum Recipes from Tha Boss Dogg’s Kitchen.

“Snoop and I have a special bond that dates back to when he first appeared on the ‘Martha Stewart Show’ in 2008,” she wrote.

“Our relationship was born from our connection to food as we whipped up some cognac mashed potatoes and green brownies.

“Working with Snoop in the kitchen has been a remarkable experience for me.

“Not only has he taught me new lingo and cultural references, he surprised me with his unique cooking techniques and recipes,” Martha added.