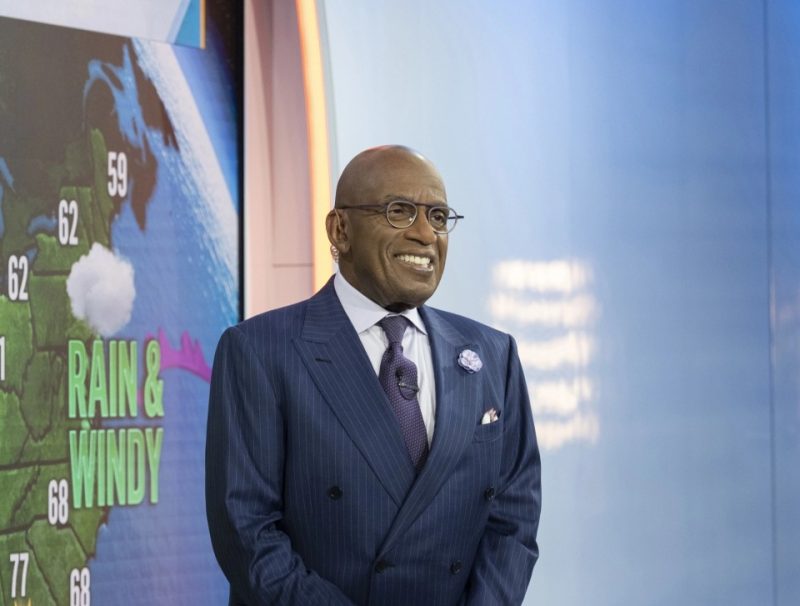 AL Roker fans have disagreed over a mystery detail they spotted in the background of his picture after he told them to “look up”.

The Today host, 68, shared a photograph of a “spectacular” moon on a misty evening – and his followers jumped to take a guess at what the other celestial object in the image could be.

Al Roker, 68, shared a photograph of a ‘spectacular’ moon on a misty eveningGetty Images – GettyInstagram/alrokerAl Roker’s followers spotted the bright star next to the moon[/caption]

“Always have to remember to look up.”

Fans quickly spotted the bright star shining next to the moon – and took a punt at what planet it could be.

Many were convinced it was Jupiter, while others suggested it was Saturn or Venus.

One fan said: “And that shining star to the right…. the planet Jupiter.”

Another agreed: “And that shining star to the right…. the planet Jupiter.”

But a third commented: “It also looks like Saturn is to the right of the moon. Simply beautiful.”

And another fan said: “Venus is making a grand appearance.”

Other followers flocked to the comments to tell Al they were missing him on the Today show.

“Not the same without you,” one said.

It comes after a source close to the host exclusively revealed to The U.S. Sun that the beloved weatherman “hasn’t been feeling well”.

“He’s been off the air for almost two weeks, it’s been an ongoing issue he’s been dealing with,” the insider said.

Al’s wife, Good Morning America host Deborah Roberts, late last week gave an update to a fan who asked where Al has been.

Viewers have grown worried about their favorite meteorologist and have started to flock to his wife’s Instagram to ask her for updates.

Though the photos didn’t feature her husband, followers still made sure to ask about him in the comments.

Seeing that many fans had the same concerns, Deborah decided to respond to explain what’s been going on with Al amid his show absence.

After learning that Al hasn’t been feeling well, fans wished him “a speedy recovery”.