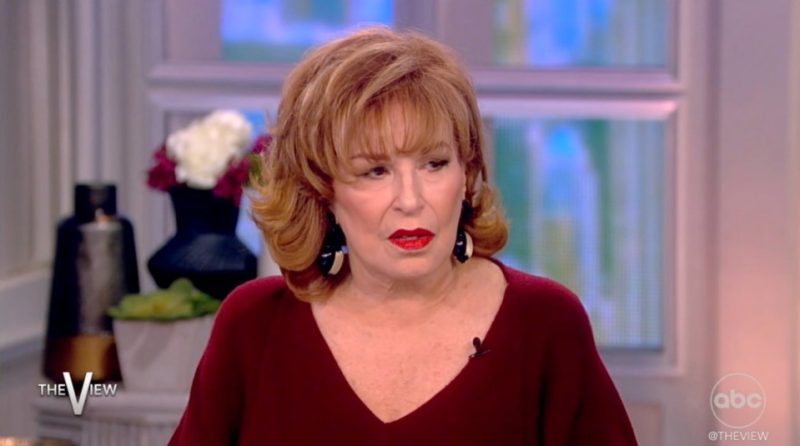 THE View’s Joy Behar has abruptly cut off her co-hosts right in the middle of their discussion during the live talk show.

The 80-year-old comedian has been taking on the role of moderator for most of the week, and she exercised one of her powers of quickly sending the show to a commercial break at one point on Friday.

During a political discussion on Friday’s The View, Joy decided she’d had enough of the hosts’ discussion and decided to simply end it.

After a few minutes of back-and-forth about Herschel Walker, Joy felt everyone at the hosts’ table – Sara Haines, Ana Navarro, and Alyssa Farah Griffin – had had enough time to share their opinions.

Sara and Ana appeared to be going off on a bit of a tangent, and Joy decided it was time to move on.

As the two loudly discussed various politicians they’re fans of, the comedian abruptly cut them off and just said, “All right, we gotta go!”

Unfortunately for her, her co-hosts continued to discuss their topic instead of calling it quits.

Eventually, Joy just shook her head, turned to the camera, and said, “We’ll be right back,” and sent the show to commercial.

Except for when she was off on Monday, Joy has been moderating The View all week.

She’s been taking on the responsibility from Whoopi Goldberg, who’s been out with Covid.

Sunny Hostin has also been out for a couple of days – Thursday and Friday.

Joy explained that the 54-year-old’s been absent from the show because she’s traveling.

Though she didn’t have all of the details, the comedian shared: “Sunny is out of town somewhere. We don’t know where she is.

Fans shared their sadness over not having Sunny on the show for the day.

One upset viewer tweeted: “Sunny is not here today!”

On Monday, host Sara took on the moderator duties, as both Joy and Whoopi were missing that day.

Fans were a bit angry and shocked over who the show chose as the replacement moderator for the episode.

One upset viewer asked: “So why is #Sarah hosting and not #AuntySunny?”

A third said: “Not Sara moderating. I’d feel a lil shade if I were Sunny.”

Another wondered: “How do they choose who’s going to be the moderator?

“Is it just who’s seated to the left at the table?”

Another shared: “Sara Haines hosting #TheView today,” along with a heart eyes emoji.

Later in Monday’s episode, Sunny was given a chance to moderate for a little bit, as well.

At the end of the show, Sunny and Sara co-hosted a shopping segment together.

ABCSunny Hostin was absent on Friday, as was Whoopi Goldberg[/caption]