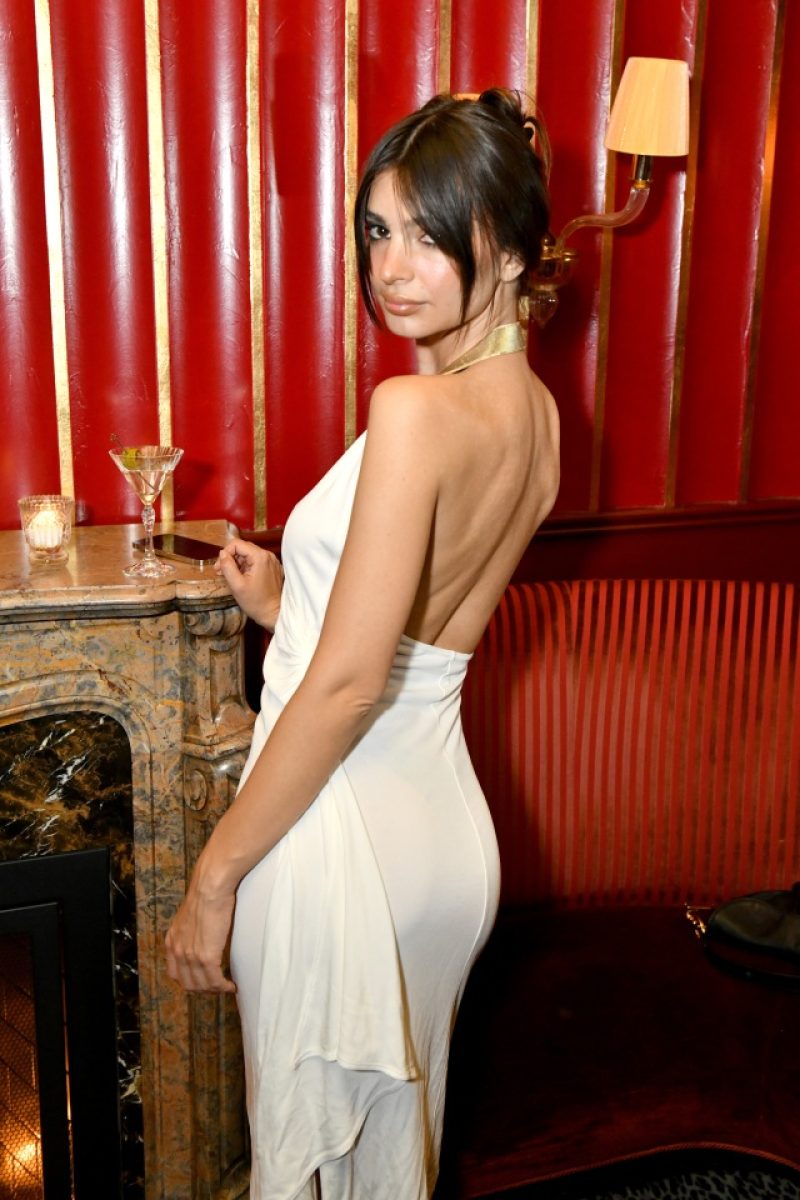 EMILY Ratajkowski appears to have made a dig at Kim Kardashian about “not being open” in regards to the plastic surgery she’s had done.

Emily, 31, spoke openly and honestly about celebrities having work done in the latest episode of her podcast High Low with EmRata.

During the episode, Emily posed the question: “Can you be a feminist and get plastic surgery?” and spoke about various female celebrities who’ve confirmed they’ve gone under the knife.

“People are getting work done in a way that they’ve never done before,” Emily said.

“It’s very normal for your average person to have…. average woman I should say, plastic surgery – which was not true for my mom’s generation.

“Also in celebrity culture… Bella Hadid has talked about getting a nose job, Cardi B talks about all the plastic surgeries she’s had, she’s quite open about it like mummy makeover style.”

“Kaley Cuoco from The Big Bang Theory, she’s been very open. She said she had a nose job, breast augmentation, she says it’s the best thing she ever did.”

Emily then said: “But I also wanna say I know a lot of people get really p**sed at The Kardashians, and women for not being open about the work they’ve done.

“I don’t necessarily think that women need to be open about the work they’ve done.

“What I’m more saying by pointing out these celebrities and the work they’ve done and their openness about what they’re having around it, is that culture’s changing,” the mom-of-one continued.

“It’s more accepting, people feel okay talking about those things. Not just because they’re so brave but also because it’s understood in a new way.”

Emily then added: “Plastic surgery does feel more extreme than going to get a manicure or deciding to get botox or even just putting on makeup, but I don’t know that it is really when you think about it, because it’s ultimately just another way of wanting to feel good about yourself.”

Her comments come after it was reported that she is dating Kim‘s ex-boyfriend Pete Davidson.

Pete, 29, and Emily were reportedly spotted on a date last week, but their relationship supposedly heated up weeks earlier.

“Pete and Emily have been talking for a couple months now,” a source told UsWeekly.

The two, who have both been back on the dating market for just a matter of months, are “in the very early stages, but both really like each other”, according to the outlet.

Kim, 42, is said to be stunned over the news that her former boyfriend has moved on with Emily.

And the fact that the two have been an item “for weeks” came as a complete shock, as he was still messaging The Kardashians star just two weeks ago.

“Her first reaction was that he was hitting on Emily to make Kim jealous, because he felt she had all the power, but now she finds out they have been dating for weeks.”

SKIMS founder Kim and comedian Pete dated for 10 months before they called it quits in August.

At the time, the two were said to have separated in part due to their hectic schedules and in part because of their age difference.

The two left on good terms, and remained close friends. There were even rumors of a reconciliation.

But that may no longer be the case.