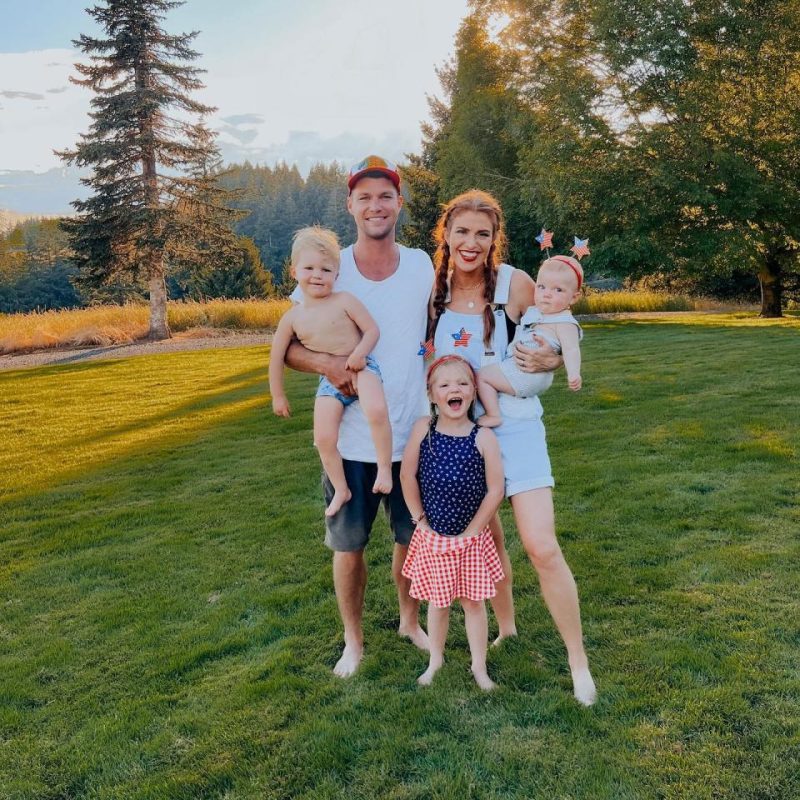 LITTLE People’s Audrey Roloff has clapped back at fans who have slammed her parenting style.

The reality TV star posted a message to Instagram Stories telling her audience that they don’t always see the difficult parts of her life.

The video shows Audrey, 31, with her hair up in a messy bun wearing a sweatshirt.

Viewers can hear the clanking of dishes as she washes them in the sink.

The Little People, Big World alum wrote a long caption on the video which read: “In case you are new here or not, I just felt like I wanted to say while I share a lot about my life here on the gram, there is a lot of my life that I don’t share.

She continued after listing her daily chores and saying she “loves being a mom”: “I also just felt like I wanted to remind you not to over glamorize anyone else’s life on here.

One follower took a screenshot and posted it on a popular Reddit page that follows Little People, Big World.

One fan raged: “She is talking like we didn’t know any of that already.. no s*** her life isn’t glamours! She is just realizing she can’t save face anymore and she has to admit she’s struggles like ANY other mom!!”

“Where the h*** is Jer during all off this Audj? You sound like a truly single mom. Seriously,” questioned another.

The new video comes after another one of her posts caused some pushback from fans.

The reality TV star recently shared a photo of her holding her one-year-old son Radley in the bathroom on her Instagram Story and wrote a lengthy caption alongside it.

“Also crazy how as a mom you can be crushing your to-do-list, working out, tackling house/property projects, hosting parties, making homecooked meals, getting people where they need to be… to just DOWN. All plans out the window to care for babies,” she wrote.

“That’s just what most people call life. No need for the humble brag,” one person said.

Another wrote: “She rambles and brags so much it’s nauseating.”

A third person admitted: “I can say as a mom I’ve never crushed any of those things in 10 years.”

Audrey also recently sparked ire for posting a photo of her sick son to her Instagram Stories.

She captioned the photo: “I really feel like our kids don’t get sick very often and when they do, they recover quick.”

The mother of three continued: “[But] the last few months our family has been getting hit [with] sickness.”

Audrey’s photo showed Radley laying on his mom’s chest while both mother and son appeared to be asleep.

A screengrab of the InstaStory snap was reposted on a popular Reddit board dedicated to the long-running TLC reality series.

The post was titled: “Nothing like taking a picture of your sick kid and pretending you are sleeping!”

Little People fans rushed to the comment thread to share their take on what looked to be a staged photo.

One person wrote: “This post is cringy with the fake sleeping.”

Others added, “She’s embarrassing at this point,’ and “That’s so f**king weird.”