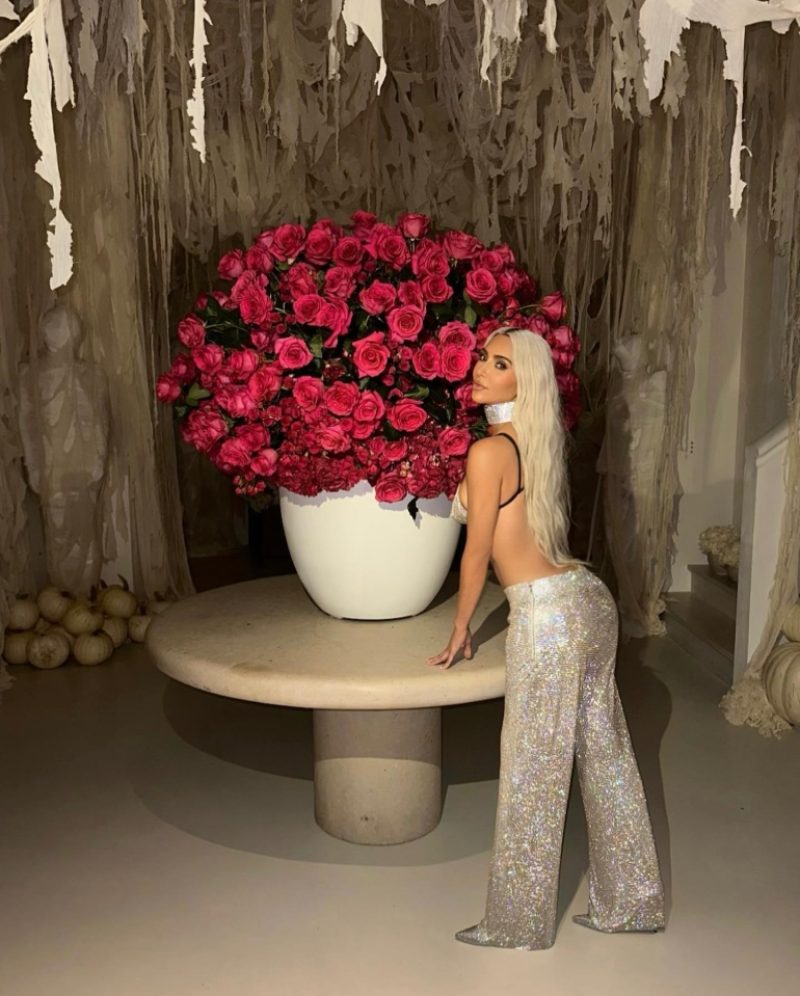 KARDASHIAN fans have suggested that Kim is posting thirst trap photos to get her ex Pete Davidson’s attention again.

It comes as the Saturday Night Live alum, 29, is reportedly dating Emily Ratajkowski, 31.

Kim, 42, posted to Instagram on Thursday and shared a bunch of sexy new pics.

She posed in a pair of sparkly pants with a matching silver bra and a choker.

The revealing outfit left little to the imagination as the reality star leaned next to a giant bouquet of red roses.

But many fans were quick to share their theories about the photos, which come just days after Pete was first linked with Emily.

“This was definitely a response to Pete,” wrote one in the comments

Another acknowledged the flowers and agreed: “You know she bought these for herself to make skeet [a nickname for Pete] jealous.”

“She’s so bothered by the Pete news,” suggested a third

Another wrote: “When your ex boyfriend moves on and you want people to think you did too…

The day before, Kim posed in a tiny black bikini from her brand Skims, and fans thought those photos also might be directed toward her ex.

Pete is reportedly dating Emily just weeks following his split from Kim, who is 13 years his senior.

The two dated for 10 months after connecting on the set of SNL, which she guest hosted in October 2021.

During their short-lived relationship, they attended a range of swanky events together including the Met Gala, at which Kim wore Marilyn Monroe’s dress.

However they broke up in August, with their busy work commitments and bicoastal situation cited by insiders as reasons for the split.

Recently, it seems Pete has moved on with another A-list beau.

Over the weekend, he was reportedly spotted on a date with supermodel Emily.

According to Instagram gossip account deuxmoi, Pete had “his hands all over” the recently single Gone Girl star.

Neither Pete nor Emily have confirmed the romance rumors, but a video emerged on Wednesday that showed the pair hugging on a date in Brooklyn, New York.

A source exclusively told the U.S. Sun this week that Kim did not take the news well.

“Her first reaction was that he was hitting on Emily to make her jealous, because he felt she had all the power, but now she finds out they have been dating for weeks.”

The King of Staten Island has a colorful celebrity dating history.