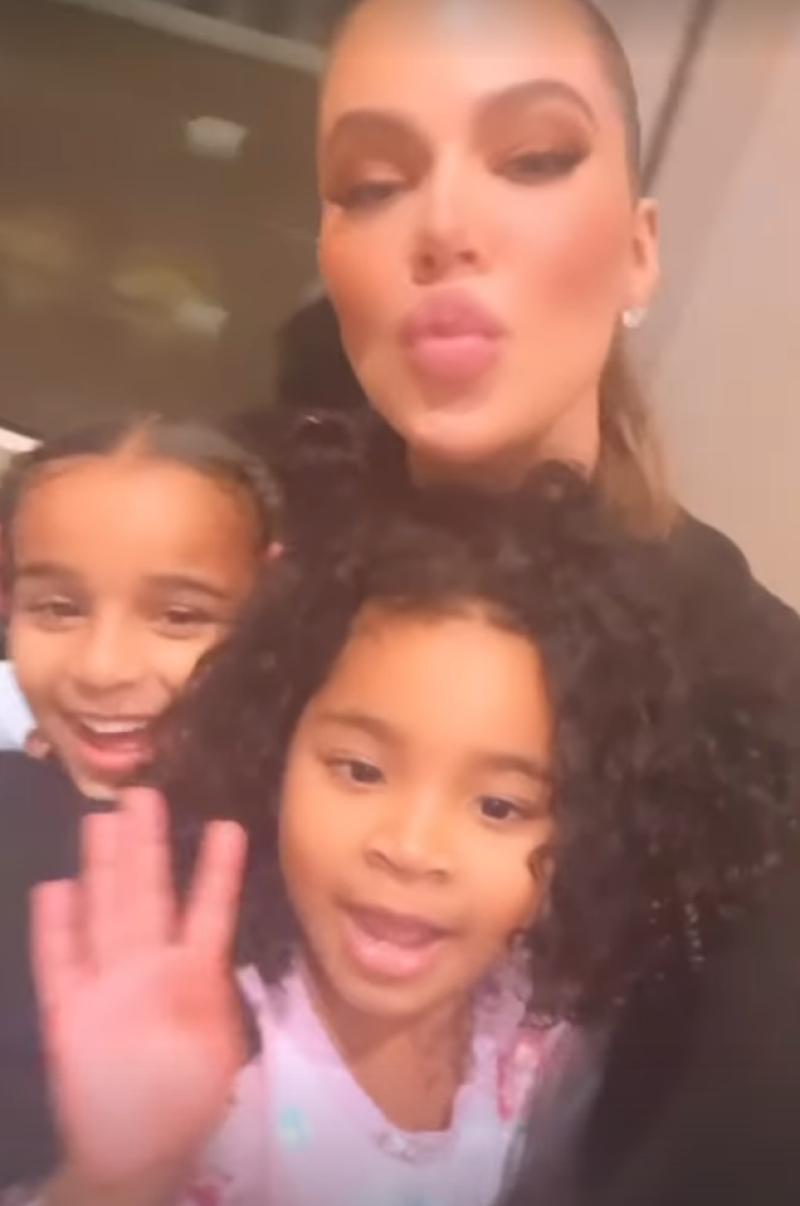 KHLOE Kardashian has been slammed for her “annoying” habit in a new video with her daughter True, and niece Dream.

The Kardashians star, 38, filmed the three of them together while messing around in her $17million mansion on Thursday night.

InstagramKhloe Kardashian was slammed for pouting in a new video with her daughter True, and niece Dream[/caption]

In the first clip, Khloe pouted at the camera as Dream played with her hair behind her.

The six-year-old then proudly flipped Khloe’s hair over her shoulder, showing off the plait she’d created.

In another video, Khloe posed with both True and Dream after the girls showed off their best dance routines in the living room.

Viewers were unimpressed with Khloe’s constant pouting, with one writing on Reddit: “It’s cute for sure but can she stop just shoving her lips towards the camera?

“We see your filler we don’t need you to keep pursing your lips.”

Another added: “The duck face pose is so annoying I can’t.”

A third drew attention to True’s energetic dance moves, including when she hopped up onto the kitchen table.

Khloe and Tristan split after his love child scandal emerged.

He had an affair with Maralee when he was supposedly exclusive with Khloe.

During the season premiere of The Kardashians, Khloe detailed the heartbreaking aftermath of her ex’s paternity scandal.

Khloe confirmed that she was unaware of her ex’s infidelity and was informed when documents were leaked to the press.

By that point, she had already decided to have another baby via a surrogate with Tristan, revealing that they had done an embryo transfer days earlier.

“I mean it’s supposed to be a really exciting, amazing time and it’s just a different experience, I think. It’s been so hard. I don’t want to celebrate anything,” Khloe sobbed to the camera.

Khloe also claimed that Tristan knew about his love child in July 2021 but pushed the TV star to have another baby anyway.

“I found out about Tristan’s situation the first week of December,” she confessed.

“It’s just so close. I wouldn’t want anyone to think I did this after the fact. Why would I want to have a baby with someone who is having a baby with somebody else? I’m not that much of a sociopath. I’m a lunatic, but not that f***ing deranged.”

Khloe appeared to put aside her hurt feelings over Tristan’s unfaithful ways when their baby boy was born.

She allowed Tristan to be in the delivery room when their surrogate gave birth in August.

“I am so grateful. It’s such a beautiful gift that we’re able to have,” Khloe gushed over the little one.

The Kelly Clarkson ShowShe welcomed a baby son in August[/caption]