Inside Little People’s Roloff family’s Oregon farmhouse where fans can rent out massive mansion for $1.9K a night 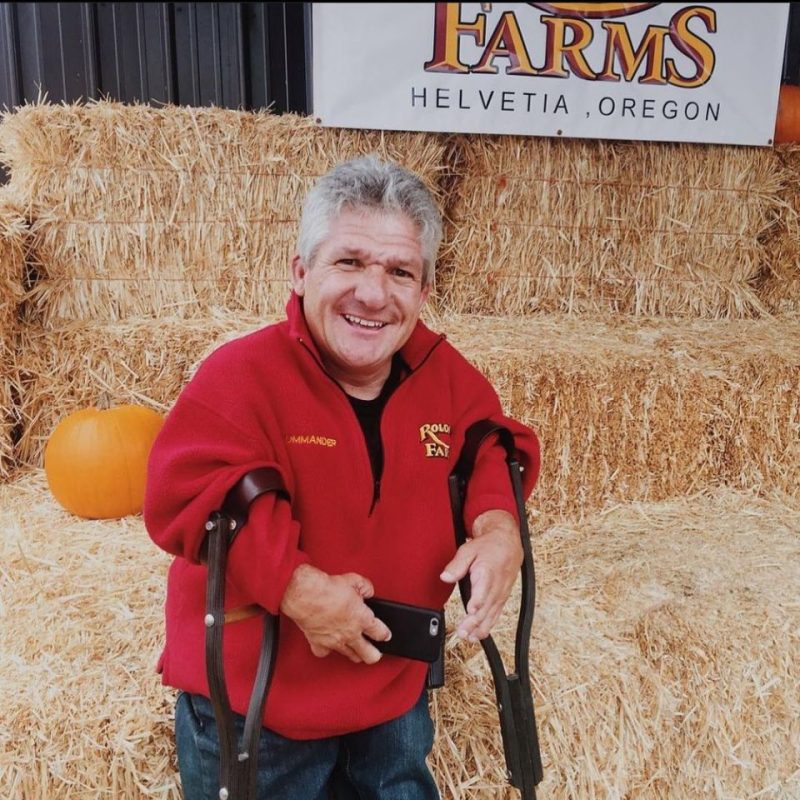 LITTLE People, Big World star Matt Roloff has officially listed his family’s famous Oregon farmhouse for rent and is demanding up to $1.9K a night.

The U.S. Sun can exclusively confirm the six-bedroom farmhouse is available as a vacation rental through 2023 via the online platform iTripVacations.

Muum MediaThe six-bedroom family farmhouse is being offered for up to $1.9K a night[/caption]

Matt, 61, has been teasing the big news for months and shocked fans by taking the $4M farmhouse off the market in October to turn it into a short-term vacation rental property.

The newly renovated home has six bedrooms, five-and-a-half bathrooms, and the site claims sixteen guests can stay in the rental at once.

Matt’s renovated home includes a mix of average-height and lower-height shelving as he chose to keep some of the original furnishings from his family occupying the residence over the past 24 LPBW seasons.

The rental includes office spaces and a full kitchen, and the six-car garage has been transformed into a game room with ping pong, foosball and corn hole.

Amenities also include a covered patio with a fire-table.

However, Matt has a few strict rules about staying at the famous TLC show home.

Renters must book the home for a minimum of three nights, although the guest’s access does not include the special amenities around the farm.

Matt’s famous Western Town, Castle, and other creations he built for his children on LPBW are all off-limits for the rental guests.

According to the listing, the hot tub will eventually be available year-round, although at the moment it is entirely off-limits to visitors as it is under renovation.

The pool is also getting some maintenance updates, but will only be available in the summer months once it’s up and running.

After Matt made his big rental announcement, the farm was taken off the market.

The LPBW star opened up about his decision to take the property off the market with an Instagram post in October.

Matt’s post showed him standing in front of the home that he and Amy lived in for most of their marriage with a sign that no longer reads, “For Sale” and instead displays, “Coming Soon. Short Term Rental.”

The TLC star opened up: “A few weeks ago I promised everyone a big news announcement… So here goes…

“When I put the small side of the farm up for sale I knew large deals like that take a much longer time (i.e. 6-12 months) to complete with no guarantees.”

He continued: “What I didn’t expect was how many new business partners and networking connections I would make in the process.”

Matt revealed: “Several interested parties talked about many different business ventures such as purchasing the small farm with [a] big house to use it as a short-term rental… think Airbnb.”

Matt made his intentions clear and added: “I have decided to pull the small farm off the open market and partner with @itrip_vacations and open the @rolofffarms to everyone and anyone who wants to spend a few nights in the Roloff family home.”

With all of the exciting changes happening around the farm, the Roloff family was in for a busy pumpkin season.

A source visiting the farm previously told The U.S. Sun Matt sat down with his fans on the farm for a reading of his children’s book, Little Lucy Big Race, and also chatted about the process of turning the home into a rental.

At the time, Matt revealed the home was 26 weeks behind schedule from opening up to guests due to severe delays at the permit office.

The Roloff patriarch hoped the rental will be running in full swing by next pumpkin season, but it appears his wishes were granted early ahead of the holiday season.

The insider also shared Matt mocked his ex-wife Amy at the reading as he admitted she was “completely against” the idea of turning the family home into a rental.

At the reading, a dedicated fan asked the Roloff patriarch about the future of the farm for sale.

Matt was happy to share he decided to convert the family home into an Airbnb-style rental.

However, Matt disclosed that Amy was “completely against” the idea of their former home becoming a rental.

Matt said when he first told Amy his decision to make the big change, she was upset.

As he was sitting in front of a crowd of his fans, Matt threw his arms up in the air and raised his voice while making whining noises to imitate Amy’s initial reaction.

Amy was not around at the reading when Matt impersonated her, as she was helping out elsewhere around the pumpkin patch.

Matt said Amy eventually warmed up to the idea and in recent weeks the TLC crew filmed the ex-couple walking through the home with the rental adjustments for the first time.

Fans can look forward to watching the storyline of the decision to turn the home into a rental in the upcoming season of LPBW.

Two years later, Matt shocked his friends and family when he listed 16 out of the 32.28 acres of property for sale for $4million.

The US SunFans have an opportunity to stay inside the famous TLC home, although the farm, Western Town, castle and more are strictly off-limits[/caption]

TLCPreviously asking $4M for the farm, he took the home off the market and opted to rent it out on a small business online platform[/caption]