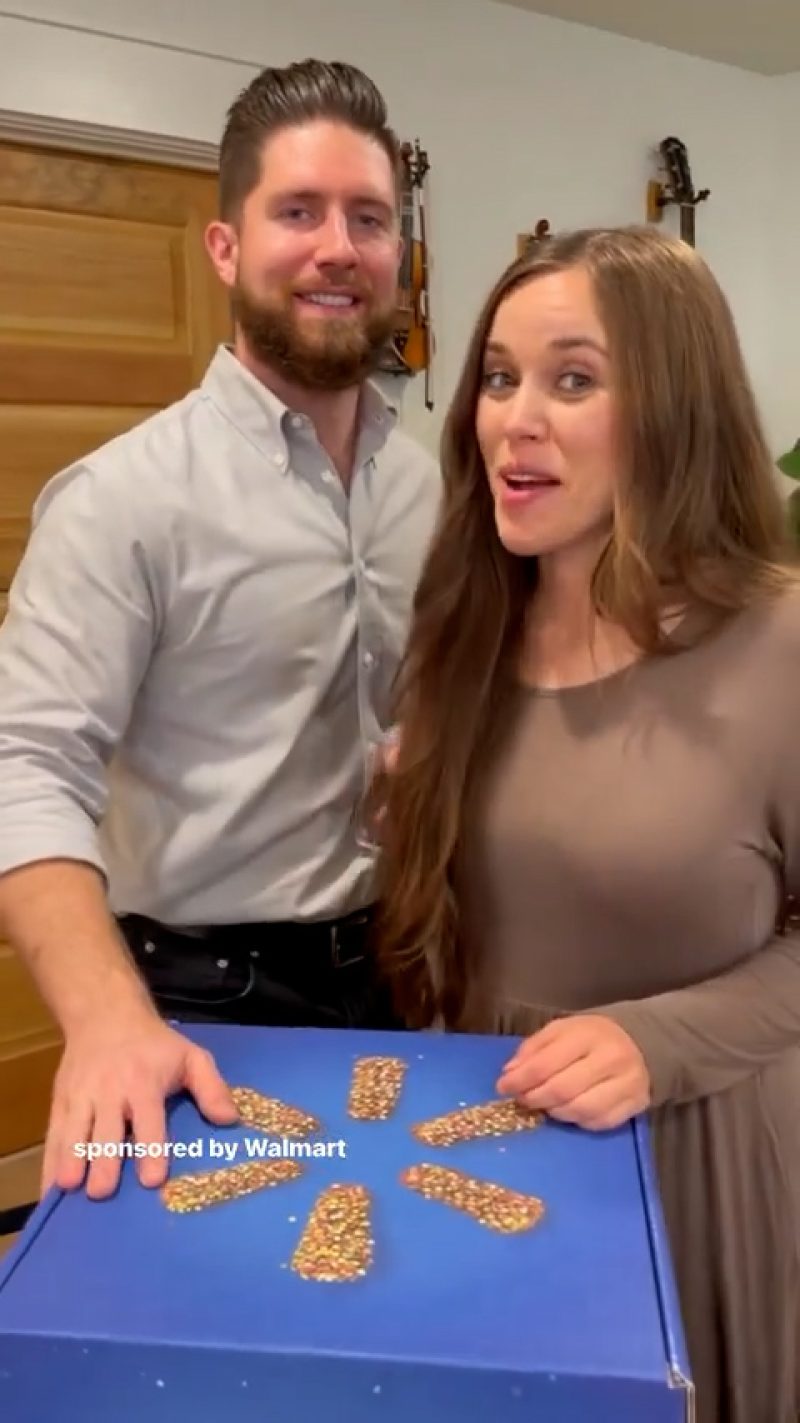 FANS have spotted a clue that Jessa Duggar could be pregnant with her fifth child in a new holiday clip.

The Counting On star has faced backlash over her parenting methods as a young mom of four.

But fans believe Jessa’s brood could be expanding after she posted a promotional video to her Instagram profile.

The 30-year-old took to the platform on Thursday to show off a “family fun night” gift from Walmart.

The reality star posed with her husband Ben Seewald, 27, and their four kids Spurgeon, seven, Henry, five, Ivy, three, and Fern, one.

“Tonight we’re gonna have a little family fun night,” the TLC dad told the camera as his wife chimed in: “Sponsored by Walmart.”

Jessa slammed for sharing ‘problematic’ post about Spurgeon in the hospital

Jessa Duggar worries fans with photos of her son Spurgeon, six, in the hospital

Cameras rolled as the crew unloaded a box filled with Christmas-themed goodies such as photo props and stickers.

Later, Jessa made some hot cocoa on the stove as her husband played silly games with the kids in the living room.

The TV personality captioned her post: “We’ve put up our tree and we’re getting in the Christmas spirit! #ad@walmart has everything we need to make the season merry and bright!

“I’m super sentimental and I love Christmas traditions! We have a handful of old ones that were passing down to our kids— like building gingerbread houses and reading the Christmas story from Luke chapter 2,” she gushed.

“And we’re also creating new traditions, like sipping hot chocolate while making homemade ornaments to put on the tree!”

“Hope you have a wonderful holiday season celebrating with your loved ones!” the Counting On alum closed.

“And actually, Jessa has some pudge that isn’t just the gathers of her puke colored dress. She could be knocked up again,” another examined.

“She also always gets really cautious with the cropping when she’s pregnant. If her pics all start becoming chest up, then you can almost guarantee she’s pregnant,” a final speculated.

Amid fifth pregnancy rumors, Jessa has faced backlash for the parenting methods of her first four children.

Just this week, the mother of four was ripped by fans for sharing a personal post about her son after he went to the hospital.

The TV star shared a new video discussing a Christian healthcare ministry that she and her husband Ben participate in.

In the clip, she explained how the healthcare model has helped her family in recent times.

“Over the past eight years, our family has gone through seasons where we have experienced some significant heath challenges,” she began.

The video then displayed numerous photos of Spurgeon in the hospital.

The heartbreaking pics showed him not only in a hospital bed, but also on a stretcher, and even undergoing a CT scan.

The seven-year-old was also seen being airlifted in a helicopter to the hospital.

Fans slammed Jessa for including her kids in the video ad.

One wrote: “Do you not ever look at your IG or socials and feel bad that you are profiting off of what should be your family’s private life?”

“They don’t cover helicopter rides. Feels like some false advertising…” wrote another fan.

Another slammed the program saying: “Mmmmkay, but what about the chronically ill whose preexisting conditions aren’t covered?”

Although little is known about her firstborn’s own medical history, Jessa did suffer complications during his birth in 2015.

After opting to have her baby at home, the Counting On star was rushed to the hospital to be treated for blood loss.