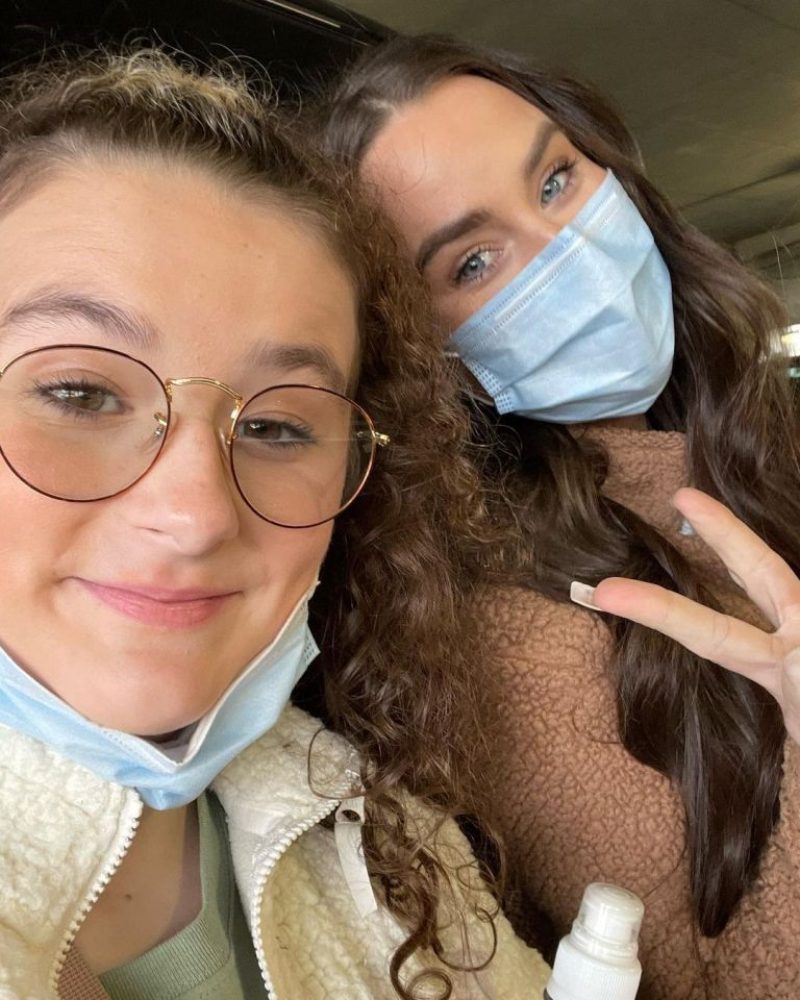 LEAH Messer has shared heartbreaking photos of her daughter Ali in hospital.

The Teen Mom 2 alum, 30, took her 12-year-old for a check-up appointment to monitor her muscular dystrophy condition.

InstagramAli posed with Dr Tsao, who has been treating her for years[/caption]

Leah and Ali posed for a selfie in one image, with both of them wearing face masks.

In another photo, the preteen posed with Dr Tsao, who has been treating her for years.

Leah captioned the snaps: “Another great check-up appointment for my sweet Ali girl.

“I’m so proud of her & always grateful for everyone that has been on this journey with us.”

One fan commented, “Her doctor that’s been with her since the beginning awww,” with a crying emoji.

Another added: “I wonder if he’s watched his episodes. Love that Dr. Tsao is still on her journey.”

A third posted: “I’ve watched this girl grow up since her birth on teen mom.

“She has gone through some struggles but she never gave up. It’s so great to see how much she has grown and how well she is doing.”

Ali was diagnosed with Titin Myotonic muscular dystrophy in 2014, a rare form of progressive weakness disease that had existed in less than 20 cases around the world at the time of her diagnosis.

In March, Leah revealed her daughter has made great progress.

She said Ali’s doctor has seen “more of an improvement than he ever has, mind and body”.

“He said what he sees is remarkable because she seems a lot stronger,” Leah wrote alongside photos of Leah with Dr Tsao and the preteen horseriding.

Meanwhile, Leah is currently experiencing heartbreak as she and fiance Jaylan Mobley, 25, announced their split in September after a year of dating.

InstagramAli (bottom right, seen with her two sisters) has a rare form of muscular dystrophy[/caption]