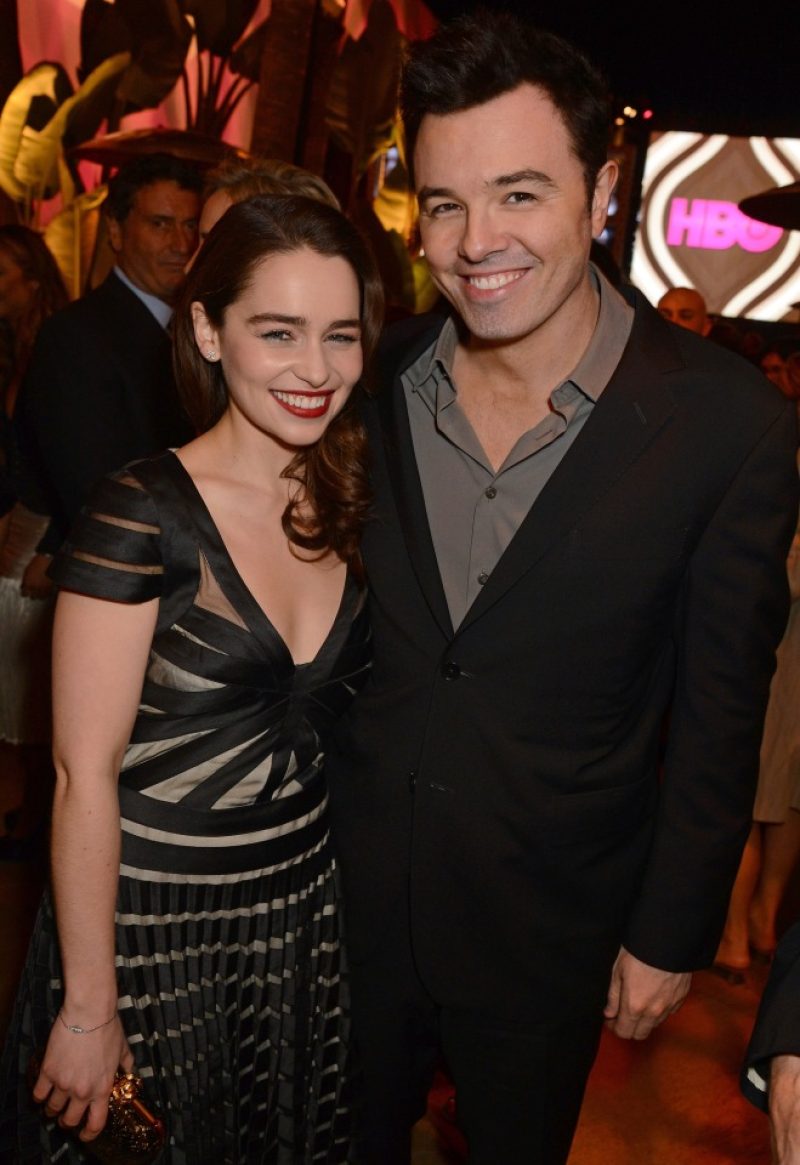 SETH MacFarlane is known for more than his acting and animation skills.

The 49-year-old has acquired a reputation for his dating patterns.

Has Seth MacFarlane been married before?

Seth MacFarlane has never been married.

However, he has had his fair share of Hollywood romances.

While many of these flings have not been confirmed, MacFarlane is thought to have been linked to around 20 women.

Below are four of his reported past (and possibly present) flames.

Who has Seth MacFarlane dated?

Photo by Steve Granitz/FilmMagic/Getty ImagesAnne Winters at the premiere of Glass Onion: A Knives Out Mystery at Academy Museum of Motion Pictures on November 14, 2022[/caption]

MacFarlane is reportedly dating his The Orville co-star Anne Winters.

Winters seemed to subtly confirm the romance in December 2021, with multiple outlets reporting she posted an Instagram story that showed the pair getting cozy.

However, there have been no clues since then, and neither MacFarlane nor Winters have officially confirmed the rumors.

Photo by Jeff Kravitz/FilmMagic for HBO/Getty ImagesEmilia Clarke at the Los Angeles Premiere of HBO Films My Dinner with Hervé at Paramount Studios on October 4, 2018[/caption]


Everything you need to know about Candace Cameron Bure

In an April 2016 interview with Glamour, the Game of Thrones star addressed her former relationship with the Family Guy creator.

She recalled a time when a fan questioned her choice to date MacFarlane while she was with her then-boyfriend in New York.

She then confirmed that she was single at the time of the interview.

MacFarlane was rumored to be dating former child star and actress Amanda Bynes after she voiced a Family Guy character in 2008.

The relationship did not last long, and the pair never went public with their status.

Photo by Eugene Gologursky/Getty Images for Amazon)Tamera Mowry-Housley at the 2022 Amazon Holiday Soirée at Ideal Glass Studios on November 3, 2022[/caption]

Tamera Mowry-Housley was once linked to MacFarlane, though it is unclear when.

In a 2014 interview with the late Larry King, Mowry-Housley confirmed the short-lived romance.

King asked: “Did you date my friend Seth MacFarlane? Is that true?”

After expressing her surprise at the question with twin sister Tia Mowry, the actress and former talk show host responded: “For a day, yes I did.”

She continued: “It was for a day, but we were really, really good friends.”