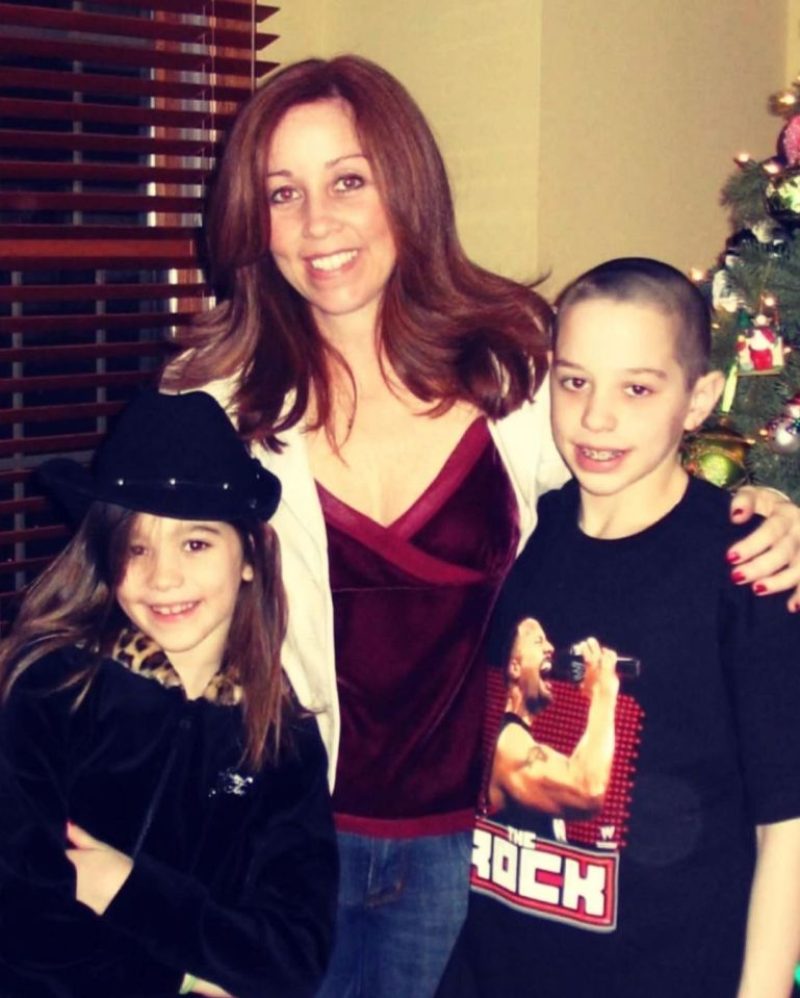 PETE Davidson’s mom has shared never-seen-before throwback photos of her son in a sweet birthday post.

The Saturday Night Live alum turned 29 on Wednesday amid rumors he is dating Emily Ratajkowski.

Posting to Instagram on November 16, Amy Davidson shared a series of throwback snaps for her son’s birthday.

The proud mom posted pics from throughout Pete’s childhood, including photos with his late father, Scott, and his sister, Casey.

In the caption, Amy wrote: “Happiest birthday to you Peter!

“We love you and you have made us laugh since the day you were born! Have the best day!”

Pete famously lived in his mom’s basement on Staten Island for years throughout his twenties.

His dad was a NYFD firefighter who died helping in the aftermath of the terrorist attacks on 9/11.

The comic has had a whirlwind year and is currently working on his new sitcom Bupkis, which will be a fictionalized account of his own life.

However, things recently got derailed on set after Pete suffered an alleged “meltdown” in his trailer.

The incident came just weeks after his split from reality star Kim Kardashian, who is 13 years his senior.

The two dated for 10 months after connecting on the set of SNL, which she guest hosted in October 2021.

During their short-lived relationship, they attended a range of swanky events together including the Met Gala, at which Kim wore Marilyn Monroe’s dress.

However they split in August, with their busy work commitments and bicoastal situation cited by insiders as reasons for the break up.

Recently, fans have gone crazy over the idea that Pete might have moved on with another A-list beau.

Over the weekend, he was reportedly spotted on a date with Emily Ratajkowski.

However, neither Pete nor Emily have confirmed the romance rumors.

The King of Staten Island has a colorful celebrity dating history.

His past girlfriends include Ariana Grande, Kate Beckinsale, Kaia Gerber, and Cazzie David.