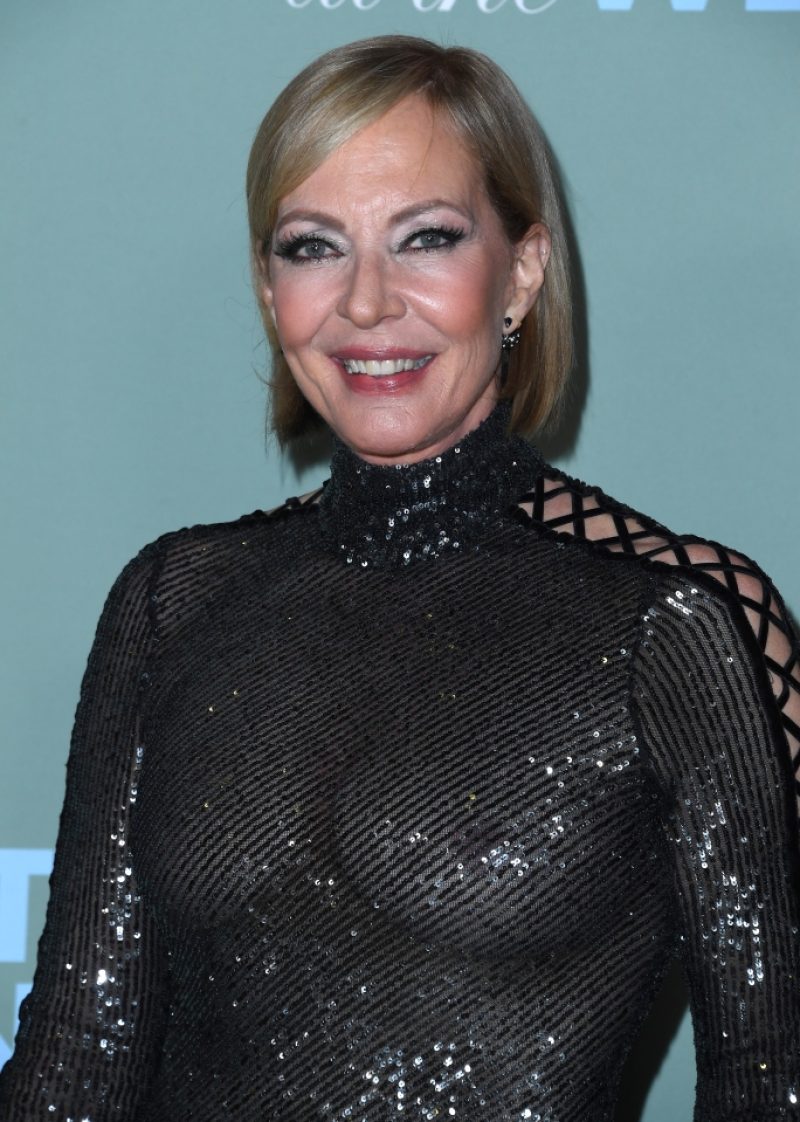 HOLLYWOOD actress Allison Janney has proved age is nothing but a number as she flaunted her bare boobs on the red carpet this week.

Allison, 62, attended the premiere of Prime Video’s The People We Hate At The Wedding at the Regency Village Theatre in Los Angeles on Wednesday and made sure all eyes were on her.

Allison’s stand-out garment came complete with a fishtail skirt and she opted to go braless for the occasion.

Once she got in front of the cameras, it was hard to miss her bare breasts – which could be seen underneath the dress thanks to all the flash photography.


Everything you need to know about Candace Cameron Bure

The Boston-born star wore her short hair down with her fringe swept across her forehead, and grinned from ear-to-ear as she posed with her co-stars including Ben Platt.

Allison and Ben play mother and son duo in the new comedy movie, The People We Hate at the Wedding.

The premise of the film sees struggling American siblings Alice (played by Kristen Bell) and Paul reluctantly agree to attend the wedding of their estranged, wealthy half-sister in the English countryside alongside their mother, Donna (played by Allison).

This week, Allison appeared on The Late Late Show alongside actor and singer Joe Jonas.

She looked stunning yet again in a long-sleeved green dress which featured a cross-over bust and looked perfect with her shiny heels.

The actress was stunned when host James Corden described her as one of the “greatest guests” he’s ever had on his chat show.

Taking her hand in his, he said: “I do wanna say this… Allison Janney, this may – given the…. because you’re gonna take some time off and you’re gonna start shooting a show in March…

“You have consistently… every single time you’ve been on this show, you have been, arguably, the greatest guest that we could ever have.

He then added: “And if this is the last time you’re on this show, I want you to know that we absolutely love you so much, we love ya! You have been amazing every single time, we love ya! We absolutely do!”

Allison leaned in for a hug and clearly couldn’t believe what she was hearing as James continued complimenting her.