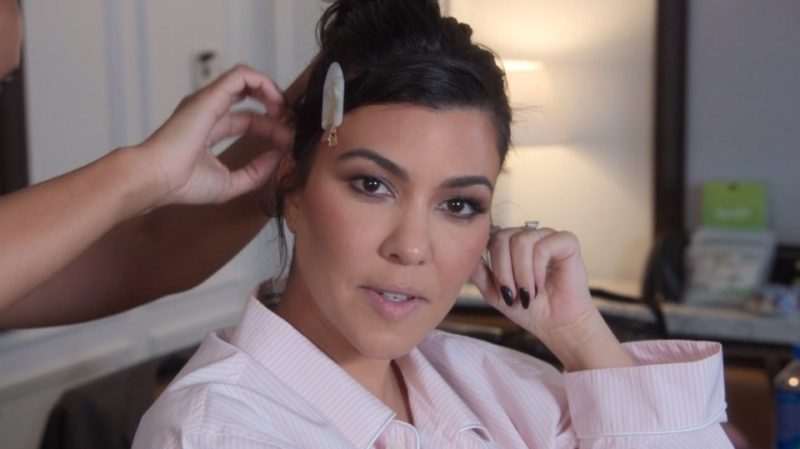 KOURTNEY appeared to shade Kim on the latest episode of The Kardashians.

The two sisters had very different feelings ahead of the Met Gala.

HuluThe Skims boss was highly stressed before the red carpet[/caption]

The latest episode of The Kardashians focussed on the May fashion bash and showed the five sisters and their momager getting ready to hit the red carpet.

Kim, 42, was going to be wearing Marilyn Monroe’s $5m dress, and seemed highly stressed ahead of the stunt.

“I just need to make sure everything is perfect,” she explained.

Her hotel room had been set up as a Marilyn museum full of artifacts including the late actress’ clothes, photos, and even her makeup kit.

But Kim threatened her family: “I will go so so f**king crazy on everyone if they touch anything in this room.”

By contrast, Kourtney, 42, who was walking the red carpet with her husband Travis Barker, 47, seemed very relaxed ahead of the Met.

“We’re going to the Met ball, it’s my first ever Met, and there’s nothing to be nervous about,” she said while getting her glam done.

A producer asked her: “Why aren’t you nervous?”

‘WHAT’S THE WORST THAT COULD HAPPEN?’

“I don’t know why I’m not nervous,” she replied.

Kourtney then appeared to throw shade at her stressed-out sister Kim as she continued.

Kourtney revealed that her husband was the one who helped her feel so at ease on the red carpet.

“I feel like Travis definitely has that chill energy and just reminds me we’re doing it to have fun,” she explained.

“We’re just doing it to have an experience together and have fun. That’s how we have fun.”

Travis and Kourtney walked the red carpet in co-ordinated Thom Browne outfits that reflected their usual habit of dressing in matching clothes.

Meanwhile, Kim had given herself a massive challenge of losing 16 pounds in three weeks ahead of the Met Gala so she could fit into Marilyn’s custom made dress.

Although she only wore the original gown briefly on the red carpet before changing into a replica for the rest of the night, Kim had no regrets about her drastic weight drop.

“What’s crazy is, all that work, all that dedication, everything we’ve put into it, was just for ten minutes of my life,” she said in a confessional.

“But pictures last a life time. I think it made me really proud of myself that I was able to do that.

“I set my mind to something and I was able to pull it off. That was the best moment ever. Ever.”