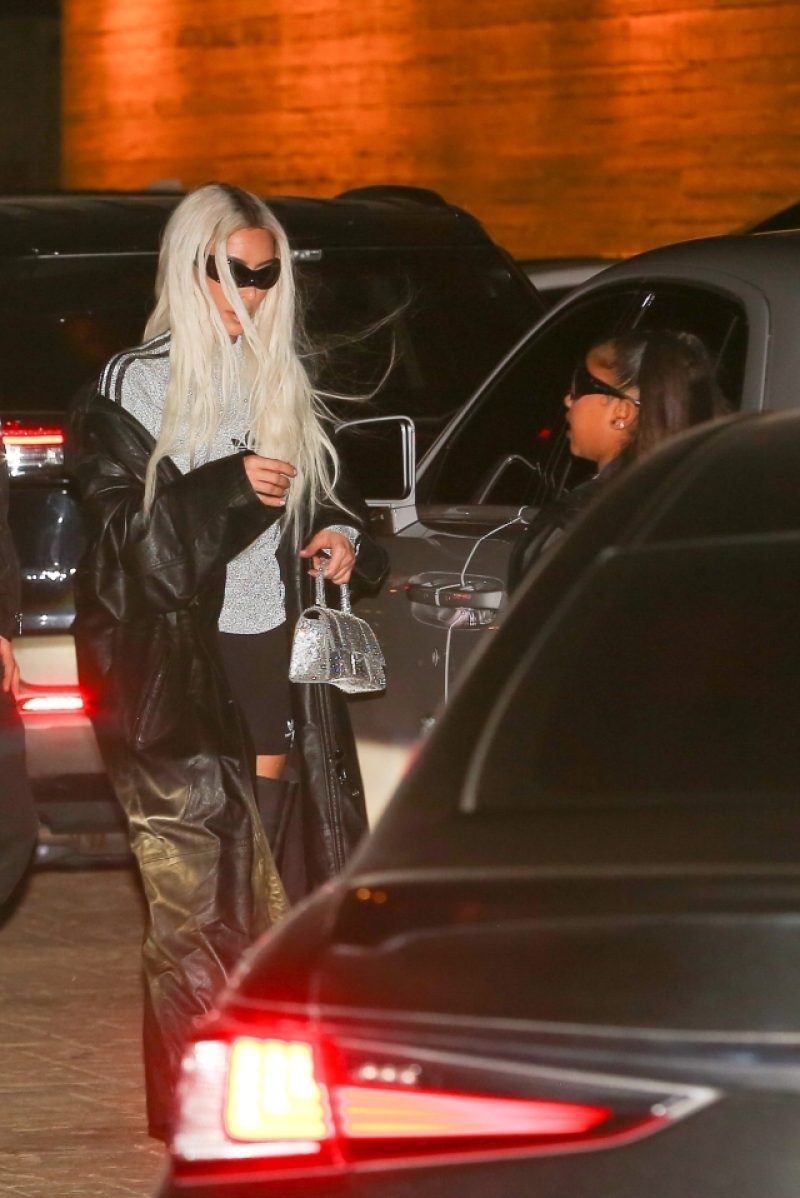 KIM Kardashian has made it clear in a new TikTok video that she stands with Adidas and Balenciaga amid them cutting business ties with her ex-husband Kanye West.

In the shady video Kim, 42, lip-synced with her and Kanye West’s, 45, daughter North, 9, and sported a glittery Adidas X Balenciaga top.

BackGridKim Kardashian and her daughter North west stunt in Balenciaga[/caption]

Kim accessorized her top with a matching sparkly Balenciaga purse and had her daughter North draped in Balenciaga also in the video.

Kim and North got all dressed up in their stylish outfits to attend Hailey Bieber’s 26th birthday party at Nobu Malibu.

The mommy-daughter moment between Kim and North was filmed inside of Kim’s massive designer walk-in closet.

Kim wearing an Adidas X Balenciaga outfit over something else from her killer closet seems like an intentional slight to her ex.

Although Kanye is at odds with both brands, Kim has not let the sins of her ex affect her relationship with Adidas or Balenciaga.

Especially since Balenciaga has decided to keep working with Kim despite their issues with her erratic ex.

Recently both Adidas and Balenciaga ended their respective partnerships with Kanye after he made antisemitic comments multiple times.

In an interview in October, Kanye controversially said, “I can say anti-Semitic things, and Adidas can’t drop me. Now what?”

After days of public outrage, Adidas terminated their mutually lucrative billion-dollar business deal with the rapper.

“Adidas does not tolerate antisemitism and any other sort of hate speech,” the fashion empire said in a statement.

“Ye’s recent comments and actions have been unacceptable, hateful and dangerous, and they violate the company’s values of diversity and inclusion, mutual respect and fairness.”

Balenciaga dropped Kanye around the same time Adidas did after he had White Lives Matter shirts in his Yeezy fashion show for Paris Fashion Week.

“Balenciaga has no longer any relationship nor any plans for future projects related to this artist,” the fashion brand’s parent company Kering told Women’s Wear Daily.

Not only did Adidas and Balenciaga drop Kanye after he spewed his offensive rhetoric, but so did MRC, CAA, Foot Locker and GAP among others.

Kim immediately came out against her ex after his antisemitic ranting.

“I stand together with the Jewish community and call on the terrible violence and hateful rhetoric towards them to come to an immediate end,” she said.

The Kardashian-Jenner family all shared a post on Instagram that said “I support my Jewish friends and the Jewish people.”

Kim was one of the first celebrities to speak out against Kanye’s antisemitic behavior.

TikTokKim Kardashian and North West share a moment on Tiktok[/caption]