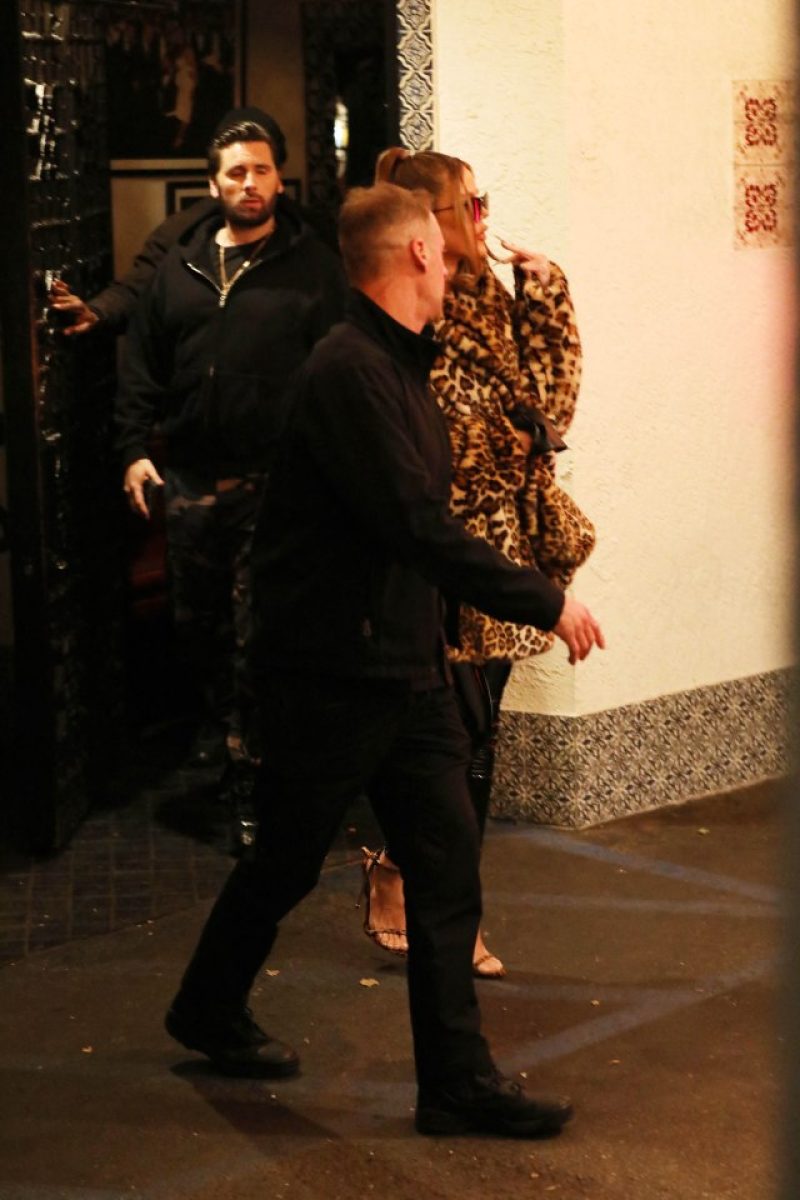 KHLOE Kardashian has been spotted out on a dinner date with her sister Kourtney’s ex-boyfriend Scott Disick amid accusations that they’ve displayed inappropriate behavior.

The Keeping Up With the Kardashians alums have faced backlash from fans who believe they share a strange relationship.

But that hasn’t stopped Khloe, 38, and Scott, 39, from getting together for a dinner date in LA this week.

The pair were spotted leaving the Casa Vega restaurant with the reality star wearing skintight leather pants and a leopard print jacket.

The Talentless founder went for a casual look in camo pants and a zip-up hoodie.

Their outing came amid speculation that their relationship has become “inappropriate” after Kourtney’s wedding to Travis Barker.

In October, the pair shared their feelings for one another in their Instagram Stories.

Khloe first posted a snap of a thoughtful gift that she received from the Flip It Like Disick star.

The photo showed a bowl of matzah ball soup with a donut-shaped piece of bread sticking out of it and a separate bowl of black and white cookies.

She credited Scott in her caption: “@letthelordbewithyou always knows the way to my heart.”

The TV star followed his gesture by sharing Khloe’s post and a nickname he calls her.

Scott wrote under the snap: “Love ya pumpkin.”

The exchange circulated on social media, where some fans found Khloe and Scott’s bond “weird” given their family connection.

Scott dated Khloe’s older sister, Kourtney, 42, on and off for nearly a decade before calling it quits in 2015.

However, Khloe and Scott have remained close over the years, and fans have taken notice.

In an online thread, one person commented: “Remember Scott saying he always gets Khloe the black and white cookies when she’s not feeling well” with numerous heart emojis.

Another shipped the pair: “Scott and Khloe forever, lol,” while a third agreed, posing the thought: “Imagine if they get together.”

But a fourth had mixed feelings about the Hulu stars’ relationship, adding: “There is a lot of weird inter-family relationships that happen in this family.”

The soup and cookies were not the first time Scott sent his children’s aunt a gift in recent weeks.

Last month, Khloe showed off an outfit that she received from Scott from his Talentless clothing brand.

She revealed that he had sent her a T-Shirt, two pairs of skimpy shorts, a bra top, and a pair of socks, all in the same shade of burnt orange.

Khloe pictured the merch on her marble kitchen countertop but did not explain the surprise gifts.

Although Kourtney has moved on with rocker Travis Barker, 46, whom she wed in May, fans still wonder if Khloe and Scott’s relationship might be crossing a line.

During season one of The Kardashians, the Good American founder asked Scott if he wanted a snack, like a gummy bear, as she showed him around the pantry at her epic new home.

The 39-year-old responded: “Only if it’s going in your mouth. And you know what I’m talking about.”

The Keeping Up With The Kardashians alums then laughed off the naughty joke.

In another scene, Scott suggested that he “hire” Khloe as a “topless maid” as she cleaned up a mess from Scott’s dog on the floor.

One viewer on social media asked: “Why does Scott have to be creepy every single episode? It’s not funny?”

Fans have even slammed Scott for “flirting” with Khloe on Instagram after he left suggestive comments under her sexy pictures.

Some Kardashian fanatics have taken these remarks as clues that Scott could secretly be in love with his ex’s sister.

In July, he fueled these rumors by giving her $350 of romantic red roses for her 38th birthday.

However, Khloe has described Scott as her “bestie” and clarified that he is like a “brother” to her.