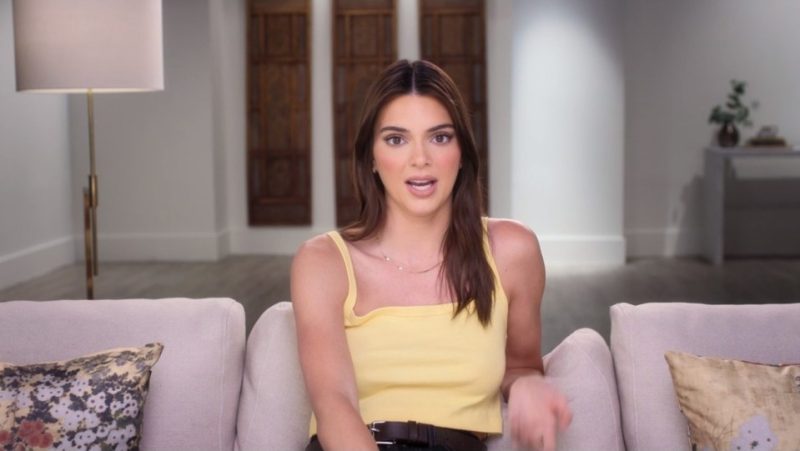 KENDALL Jenner has shocked fans after videos caught her experiencing a disgusting NSFW wardrobe malfunction on the way to the Met Gala in May.

The Kardashians star has faced backlash for fashion choices in recent photographs.

Now Kendall, 27, has been trolled by fans after she suffered an embarrassing moment in a sprinter van on her way to the Met Gala in May.

During Wednesday’s episode of the Hulu show, viewers watched as the famous Kar-Jenner sisters prepared for the star-studded event.

The model was seen getting dressed in a massive Prada ballgown which caused problems once she decided to board her transportation to the red carpet.

Kendall needed help from several people to enter the van, telling her team: “Someone needs to help me you guys, I’m going to rip this dress off.”

Later, in a confessional, she explained: “My skirt was so big and so heavy, there was so much stuff under it that I was literally out of breath by the time I got into the sprinter van.”

The reality star complained that she was “having a panic attack,” saying: “On top of being completely out of breath, thinking I’m missing the carpet, I think I just started to panic and honestly just needed air.”

“I need to drink a sip of water and I need to pee,” she exclaimed to her team, mid anxiety attack.

Kendall’s team then informed her that they had an “ice bucket” where she could pee, as there was no other option while on the way to the Met.

“That is so mortifying, whoever has to deal with my pee later I’m so sorry,” she laughed.

The supermodel then placed the ice bucket underneath her massive gown, screaming: “Prada, I’m so sorry!”

Kendall was speechless from laughing, uttering: “There’s pee on my feet!”

“Nobody will know. That’s a fun story that there’s pee on my foot,” she added.

But fans were absolutely disgusted by the scene, taking to Reddit to troll the TV personality for the NSFW accident.

“Kendall peeing in the ice bucket was rancid,” one wrote with the puking emoji.

“I’m average and have never pissed on myself before an event. That’s some redneck shenanigans,” a second admitted.

A third confessed: “Honestly I’ve worked a lot of shows (both as talent and backstage) it does happen. Gross but ya know, nerves.”

FAKE IT TIL YOU MAKE IT?

Kendall has been the center of fan scrutiny this year after several questionable decisions.

The reality star shared a series of snaps including a few of her perusing shelves stacked with books while showing off a Prada bag.

The first photo in the bunch was taken inside a bookstore where the model posed with her back to the camera and two books in her hands while the bag peeked out from under her arm.

Fans weren’t convinced that Kendall was actually reading, however.

Another wrote: “But are u really reading thooooo?”

“Lol she wants us to believe she actually reads books,” a third hater wrote.

Someone else chimed in: “She ain’t reading.”