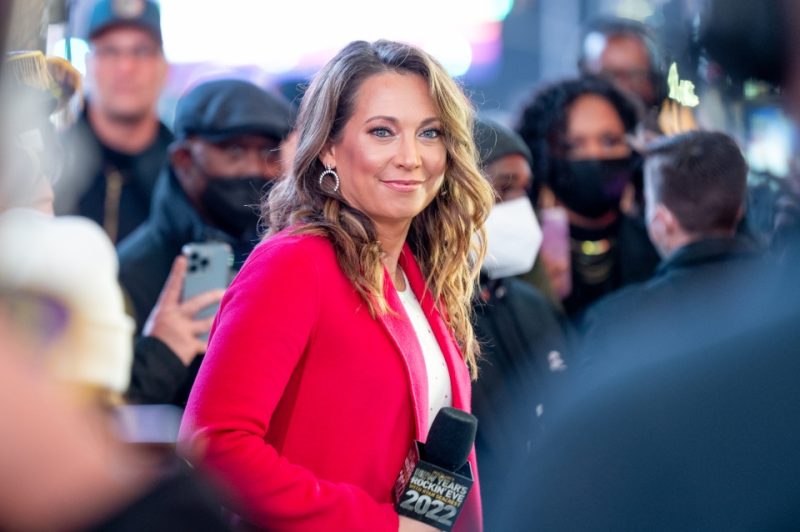 GINGER Zee has shared her motherhood struggles and admitted to having a “stressful morning” but she revealed how she learned to deal with her “emotions” at times like these.

The Good Morning America meteorologist took to Twitter yesterday to vent to fans about a parental problem she had to deal with.

Ginger Zee, 41, opened up about her motherhood struggles and how she handles the up and downsGettyGinger has two boys, Adrian Benjamin Colonomos, 6, and Miles Macklin, 4, with her husband Ben Aaron, 39Instagram

She had to scramble to figure out who would take care of her kids after some childcare chaos ensued.

Ginger, 41, tweeted: “Stressful morning w/ childcare falling through, having to run out and grab kids from my husband who had to bring them into work.”

However, Ginger didn’t let her morning dilemma get the best of her.

She said she was “So grateful I’ve practiced meditation to learn how to deal with these emotions.”

The meteorologist then asked her fans: “Have you all gotten into it? It’s pretty magical. #notetoyoungerself”

One of Ginger’s colleagues, Kelly Koopmans, tweeted back: “I keep hearing great things but need a place to start… recommendations?”

“Guided meditation to start worked for me — either ten percent happier or calm app , then explore different types,” Ginger suggested.

One fan shared Ginger’s sentiments and said: “Meditate every morning and I remember the childcare falling through. Panic!!!!!”

Another fan had to come up with his own solution for childcare.

He said: “We had similar problems that’s why I left the work force for 10 years and became a stay at home dad.”

“Happens a lot… I’m so glad you all figured it out!” Ginger answered.

Ginger has been an open book when it comes to her mental health and how she manages every day.

Last month on World Mental Health Day, Ginger opened up about her medical diagnosis and how she copes with it.

She shared that she was diagnosed with Borderline Personality Disorder 11 years ago.

The GMA star wrote in an Instagram post: “It’s also important to know that I have found healing and that you deserve to too.”

She went on to say that depression, PTSD, and an eating disorder are all things she works on about herself every day.

Ginger shared that being honest with herself, being open to imperfections, and therapy, have all helped her through her diagnosis.

By sharing that she has Borderline Personality Disorder, she hopes to help others who have a mental health disorder.

“I hope this post can help you accept yours. It’s the only way to heal. And you DESERVE to heal,” she wrote.