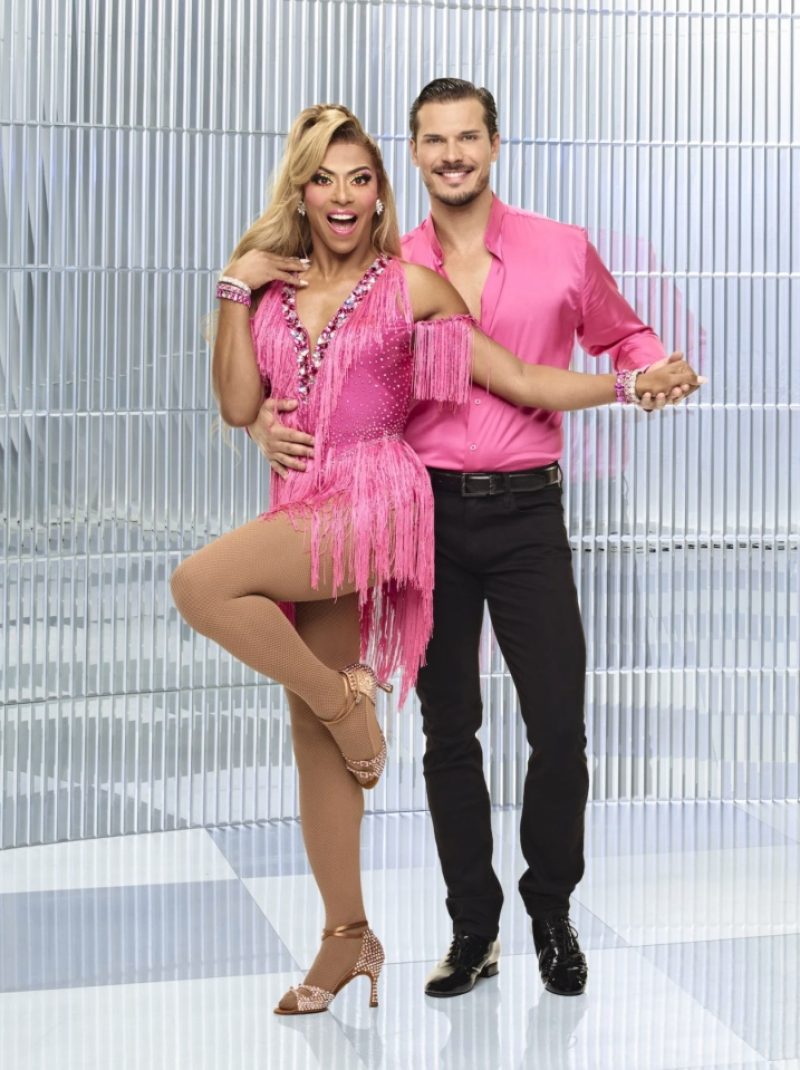 DWTS pro dancer Gleb Savchenko has addressed claims of host Tyra Banks being a ‘diva’ on set in an exclusive interview with The U.S. Sun.

The America’s Next Top Model star has been plagued with rumors of her ‘terrible’ on-set behavior, with former host Brooke Burke even calling her a ‘diva.’

“I love Tyra. [She] is phenomenal. She is not just beautiful and gorgeous and an amazing host, and she has amazing outfits but she’s a very kind, sweet, really a big hearted person,” Gleb told The U.S. Sun.

“Because of the whole Covid thing, we didn’t get to actually connect too much, but sometimes we see each other in the walkway or something and she always gives a hug and like, ‘Oh, you guys, good luck.’

“And she’s super, super invested. She’s super involved in the show and she just supports everybody because she stands on the side and watches the whole performance. And I see her really caring for each couple when we’re dancing.”

Tyra, 48, entered the Dancing With the Stars scene in July 2020 after Tom Bergeron and Erin Andrews’ exit as hosts.

Alfonso Ribeiro, who previously competed on the Disney+ show, joined Tyra as co-host this season.

“They compliment each other. Alfonso and Tyra, they work perfectly together,” Gleb said.

“I love Alfonso. We’re having a blast in the sky box. He’s so awesome and he makes us all feel super comfortable. And it’s just a really cozy, fun, exciting environment to be with him in the sky box.”

Most read in ENTERTAINMENT

Gleb, 39, and Shangela, 40, will face off against the other three remaining couples on Monday night’s DWTS finale.

They will be competing against Wayne Brady and Witney Carson, Gabby Windey and Val Chmerkovskiy, and Charli D’Amelio and Mark Ballas.

The Bachelorette star, Gabby, and TikTok star, Charli, both scored 80/80 in the semifinals on Monday, November 14.

“Charli is literally a trained proper dancer. She’s better than me or a lot of other girls as well,” Gleb, who will take part in the upcoming DWTS Live! Tour, told The U.S. Sun.

“I mean, look, it is a different challenge…I think [Mark and Charli] are the perfect partnership together because he will take her to a next level of performance…Now what’s the next level? So that’s a challenge for her and for him.”

Gleb, who’s made his way to the finale in the past, has yet to win the Mirror Ball trophy.

Gleb shared: “Winning the Mirror Ball would be like, number one, it would be a dream come true because I always wanted to win a Mirror Ball,” he said.

“The validation of, ‘Okay, now you did everything possible and here you go. Here’s the Mirror Ball.’ So it’s super special.”

Gleb and Shangela, who made history by being the first male couple partnership, have gotten closer over these past few weeks.

“When we first started, we were just two people doing the same thing and Shangela took it all in. I brought her into my world.

“We became closer and closer. We’re really good friends. We’re like brothers. We’re having a lot of fun, but at the same time when it’s down to work, we work.

On Monday, November 21, at 8 p.m. ET on Disney+, the remaining four couples will perform two different routines- one last dance for redemption and a freestyle.

Stars who were previously eliminated will return for the finale, which will feature surprise performances.