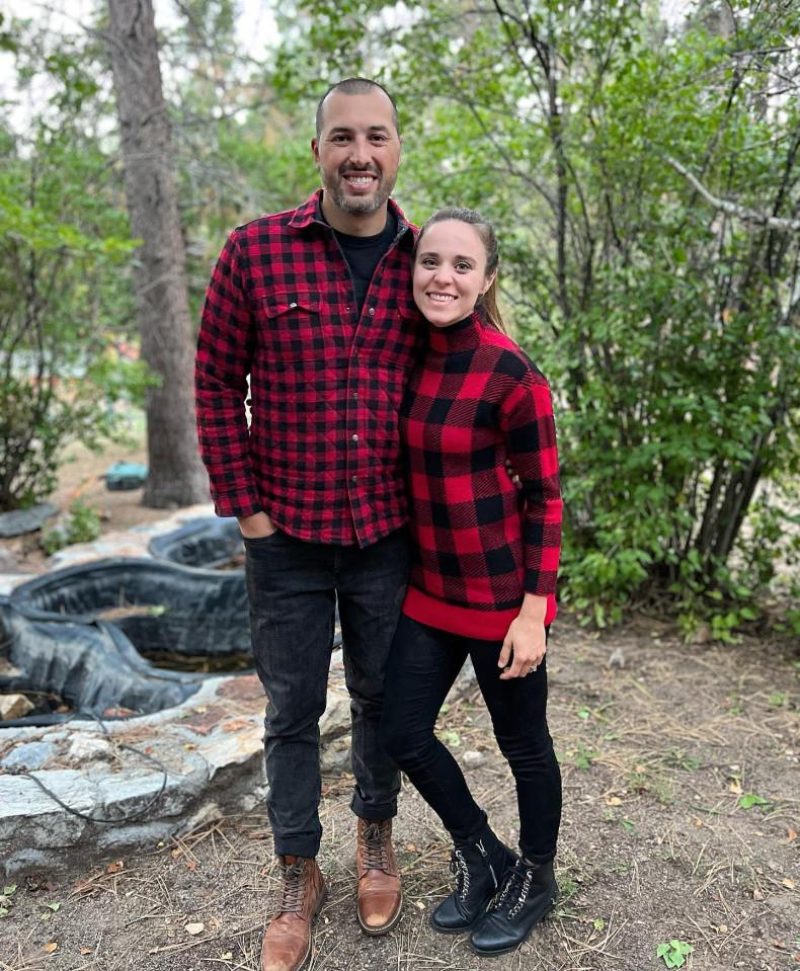 DUGGAR fans have roasted Jinger and her husband Jeremy Vuolo over their bare Christmas tree.

The pair and their two daughters are preparing to spend the holidays at their new California home.

Fans described their Christmas tree as ‘sad’ and ‘balding’

Jeremy, 34, posted to his Instagram Stories on Thursday to show off the Christmas tree at his and 28-year-old Jinger’s $830,000 dream house.

In the shot, the former pro soccer player showed off his Santa mug which was filled with “Jinger’s blend” of coffee.

The reality star recently teamed up with Matchbox Coffee to make her own signature roast.

In the background of the photo stood a green Christmas tree which was sparsely decorated with white fairy lights.

However, there seemed to be a large gap in the middle of the tree.

Fans on social media were all too quick to share their opinions about Jinger and Jeremy’s holiday decorations.

The image was reposted by one fan who described it as “Jinger’s sad tree.”

One commenter wrote in response: “I’m hoping the picture was snapped while someone was in the process of fluffing the tree? I mean the middle section looks awful even compared to the rest of the tree. The tree definitely still needs to be fluffed.”

“The middle gap is rough,” agreed another.

A third snarked that the Christmas tree looked “balding.”

“They need to fluff those branches a bit,” another suggested.

This will be the first Christmas for Jeremy, Jinger, and their two kids at their new home, which is around an hour away from Los Angeles.

The family-of-four moved into their Santa Clarita mansion in October.

Featuring a home gym, massive porch, and even an outdoor pizza oven, the 1,832-square-foot pad has plenty of space for Jinger, Jeremy, and their daughters Evangeline, two, and Felicity, four.

GOING THEIR OWN WAY

It seems like the family has no plans to return to Arkansas to spend the holiday period with Jinger’s parents, Jim Bob and Michelle Duggar.

In fact the rebellious Duggar daughter is preparing to dish the dirt on her unusual upbringing with a new book: Becoming Free Indeed: My Story of Disentangling Faith from Fear.

The memoir is expected to expose secrets about her family and their religion after Counting On was canceled by TLC in 2020.

INSTAGRAM/jingervuoloJinger and Jeremy are parents to Evangeline, two, and Felicity, four[/caption]