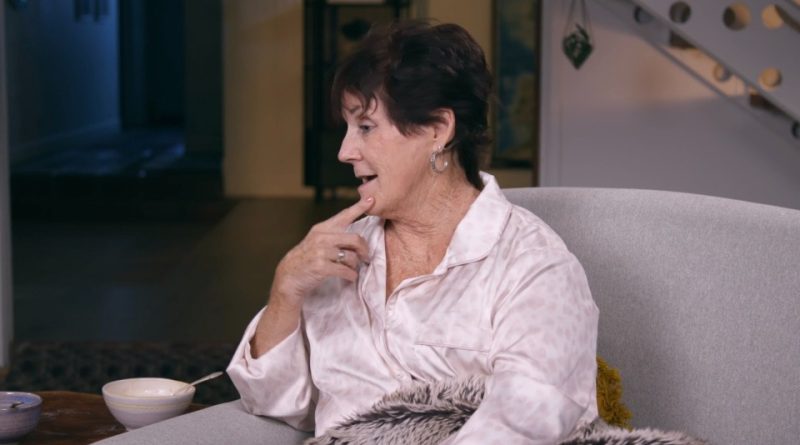 And many blame the boy’s parents, Jenelle and David Eason, for a lack of discipline and control.

On this week’s episode of Teen Mom, Jenelle’s mother, Barbara, revealed that her 8-year-old grandson had made the prank call to authorities.

While Barbara got a good laugh out of the incident, fans online were disgusted, and slammed both Jenelle and David.

“The way kids act reflects on the way they are being raised,” one person commented. “If an eight-year-old is cussing it’s most likely because that’s what they hear at home.”

Another added: “With no parental control kids are going to act out. Clearly Jenelle doesn’t know anything about discipline.”

A third worried for the boys future: “Omg wtf is wrong with these people? Those poor kids. Seriously. If he’s only 8 now and emulating what he hears at home, what is he going to be doing as a teen?”

While one person concluded: “That is 100% behavior that he’s witnessed from David, without a doubt. It just made me sad.

“That’s not a cute story and Barb was laughing while telling it. I’m sure Jenelle and David laughed about it as well. That poor boy has such terrible role models.”

Jenelle shares Kaiser with ex Nathan Griffith. She and David are also parents to daughter, Ensley, five, and her other son, Jace 13, whom she shares with her ex Andrew Lewis.

Jenelle has been slammed in the past for her “bad parenting choices.”

In August, she shared a video of Kaiser laying on the couch with his head on a pillow.

He held an ear candle in his hand, with one end in his ear and the other lit and hovering above his head.

She captioned the post: “Ear candles,” with a laughing crying emoji, adding, “He begged me to do this.”

Not long after she shared the video of Kaiser, she posted a photo of Ensley that led to drama.

In the post, the tot had a filter over her face that gave the illusion of makeup.

It also altered the shape of her face and some of her features, which fans thought was a touch too far.

When she’s not endangering her children, she seems to be forgetting them completely.

Fans claimed the Teen Mom 2 alum ignored Kaiser, who was born on June 30th, on his most recent birthday.

The fan noted: “I checked her Instagram, and she posted Happy birthday to him last year on June 29th.”

Another fan added: “This is literally heartbreaking! He deserves so much better.”

A third person said: “It truly breaks my heart. My mom heart absolutely hurts for him.”

And one commentator chimed in: “Such a bad mother. I really hope someone did something nice for you on your special day!”