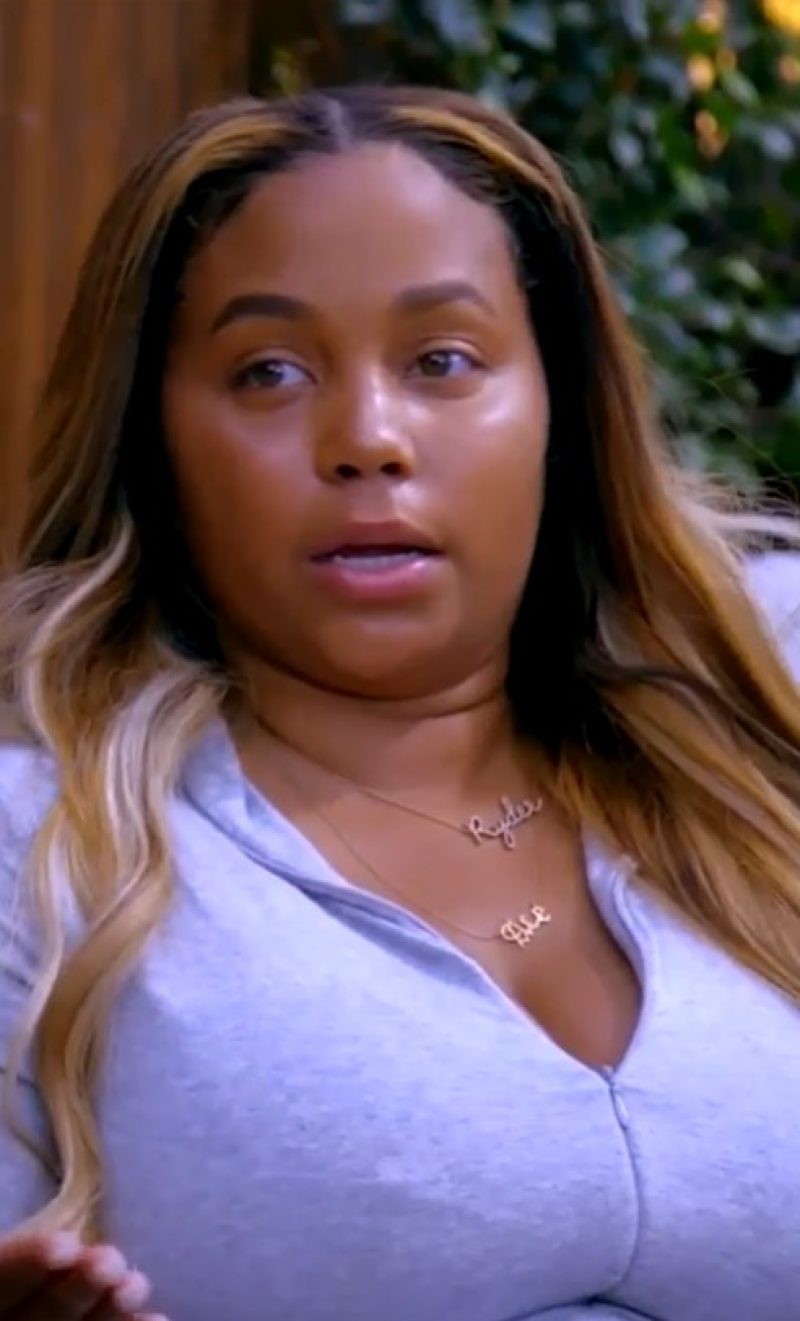 TEEN Mom star Cheyenne Floyd has been showing off the results of her second boob job in a promo video from an upcoming episode.

MTV shared a clip on the official Teen Mom Instagram page on Tuesday and Cheyenne can be seen wearing a gray all-in-one bodysuit.

The long-sleeved garment clung to Cheyenne’s bust and featured a zip at the front, which she had pulled down slightly to show off her cleavage.

She teamed the all-in-one with a pair of sandals and two gold necklaces of her children’s names, Ryder and Ace.

In the clip, the 30-year-old discussed her feelings about her then fiancé Zach Davis, after he was sentenced to jail time for a DUI that happened in 2016.

“What the f**k were you doing? Did you think this was just gonna disappear?”

Cheyenne’s friend then addressed how the “wedding of her dreams” was coming up even though she’s had a really difficult year.

“How are you coping with it?” she asked the Teen Mom.

“I feel like I have days where I’m looking at him and I’m just mad. Like I’m f**king pissed,” she admitted.

“And my parents are like you’ve had probably the worst year of your existing life. We wanna give you this one day to make it all better.

“Now I’m like is this going to be taken away because of past mistakes? And I don’t know how I’ll feel. I don’t know if it’s going to make me hate Zach.

“And I don’t hate him. I love him, I just get so mad at him sometimes because we wouldn’t be here if he just handled his s**t,” Cheyenne explained while tearing up.

It’s not exactly been smooth-sailing for Cheyenne and Zach.

In September of this year, Cheyenne revealed that she was shot at 13 times while driving with Zach and her two kids, Ryder, five, and Ace, one.

Cheyenne has referred to the incident as a “miracle”, saying: “God literally covered us that day because every cop who was there said they don’t understand how we are all alive.

“I had to pinch myself to make sure I understood that I was alive.”

The Teen Mom OG star was previously involved in a car accident that damaged her breast implants.

Cheyenne opened up about her procedures in a Q&A on Instagram last month.

The reality star took to the platform this week to allow fans to ask questions regarding her life.

The TV personality was surprised when many were curious about her past plastic surgeries.

“How long after the accident did you have surgery? And why did you go through pain for so long?” one asked.

Cheyenne replied: “A year after….and I think I put the pain somewhere else in my head… It didn’t feel like a priority at the time.”

Another fan asked: “When you got the surgery did they add implants back in? What size are they?”

“Yes I have implants and a fat transfer to even out all the scar tissue that was taken out…” she answered.

“@drghavami did my first boob job and I was IN LOVE and he did my second fixing them after the accident and I haven’t felt this confidence in forever.”

Then one fan asked: “When did you get a bbl?” to which Cheyenne replied: “I didn’t get a BBL…I had my boobs fixed and took fat from my back, tummy, and love handles to fix them.

“I’ve always had a butt it was just hiding with all the other flubber,” she explained.

PrevPreviousTeen Mom fans concerned for Leah Messer as they spot ‘disturbing’ detail in video with daughters Ali & Aleeah, 12
NextKylie Jenner busts out of skintight corset dress on the red carpet & fans think she looks like a ‘sexy Disney villain’Next