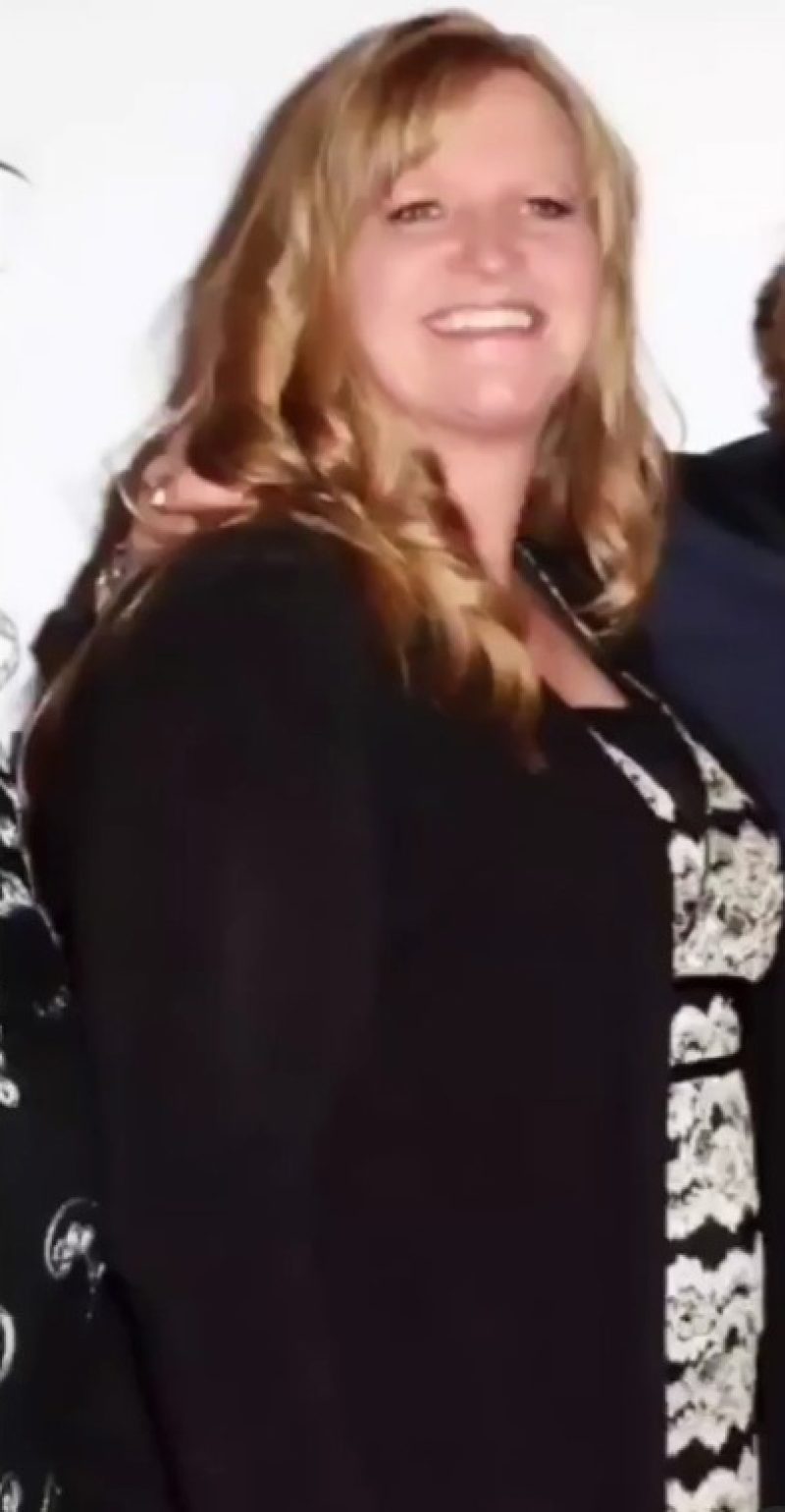 CHRISTINE Brown has flaunted her fantastic figure after dropping pounds following her split from her husband Kody.

The Sister Wives star has been updating fans about her new single life in Utah.

InstagramThe sister wife has slimmed down significantly since their split[/caption]

Now Christine, 50, has shown off her incredible weight loss transformation in a before-and-after video shared on Instagram.

The reality star took to the platform on Tuesday night to post a photo of herself during her marriage to Kody, 53.

The clip then switched to an updated picture of her posing alongside her sister wife Janelle looking significantly slimmed down.

Christine then shared an old selfie with her face looking full, before switching to a current selfie looking much thinner.

The transformation was shocking as the TV personality has changed her diet and lifestyle since her divorce.

In the caption, the mother of six promoted a weight loss regimen that she used, urging her followers to do the same.

Fans and friends filled the comments with their support and praises.

“Robin can keep Cody you deserve better. good for you!” one gushed.

“Eat your heart out Kody!” a second agreed while a third remarked: “I am SO proud of you and Janelle!”

“She got rid of all that Dead weight and she’s glowing,” a fourth agreed.

“That’s also the effect of leaving a toxic relationship,” a fifth claimed.

“It’s called a glowup for a reason!! When you rid yourself of toxicity you not not mentally feel healthier but, you literally look and become healthier!!! You’re amazing!! Keep glowing!!!” a final wrote.

Posting to Instagram on Tuesday, 50-year-old Christine shared a selfie from her new Utah home.

She wore a huge grin for her 918k followers while sporting a bright orange blouse.

In the caption, the Sister Wives star wrote: “I’m finally filming in my new house in Salt Lake! So excited!”

She added the hashtags “newbeginnings” and “#sisterwives”, suggesting that she is participating in what will be the 18th season.

Christine will carry on with the show despite the fact that she left Kody in December 2021.

Since she broke up their “spiritual marriage” she has relocated back to her home state of Utah, taking their youngest daughter, 12-year-old Truely, with her.

However, the divorce has been far from amicable.

Last week’s episode of Sister Wives saw Kody lose it during a heated war of words with his ex.

Christine tried to defend her actions amid the messy breakup, claiming: “I never tried to treat anybody like crap.”

“But you did,” clapped back Kody.

Although she apologized, he yelled: “You s**t on people so much!”

Raising his voice, Kody continued: “And you admitted to it! And you couldn’t correct it!

While Robyn is widely considered to be his favorite, things are rumored to be rocky between Kody and his wives Janelle and Meri.

A source recently told The U.S. Sun that Christine “pointed out” problems with Kody to Janelle, adding to the friction in their already highly fractured relationship.