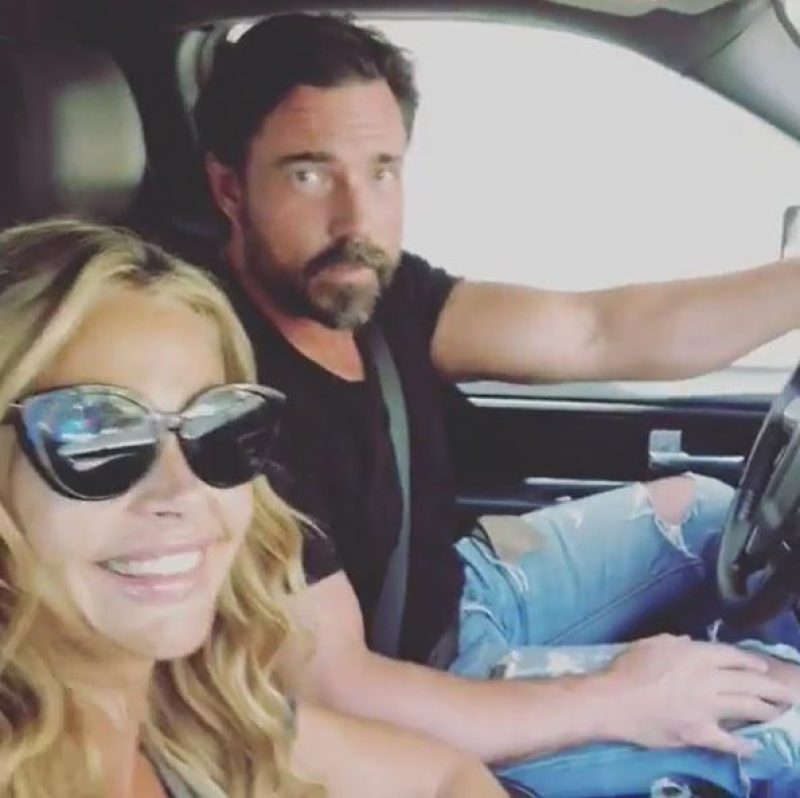 DENISE Richards has been involved in a frightening road rage incident involving her husband, Aaron Phypers, and another driver.

The Real Housewives of Beverly Hills alum couple was in their car together, traveling in Los Angeles when the incident occurred.

TMZ reported that Denise, 51, and Aaron were on their way to Popsicle Studio on Monday.

Aaron was driving the vehicle and, according to the outlet, was having a hard time finding the place.

The driver behind them grew irritated and shouted at them while trying to get in front of their vehicle.

Aaron let the other driver pass before he shot at their truck, hitting the back end on the driver’s side.

Erika Jayne goes makeup-free and gets fast food delivered to her $2.2M rental

Neither Aaron nor Denise was injured in the shooting.

The actress-turned-reality-star is said to have been emotional in the wake of the incident.

Someone on the set where she was working called 911, but it’s unclear at this time if police came to the scene or took a report.

Denise worked for 12 hours and Aaron stayed with her through it all, according to TMZ.

The pair were escorted off set by an off-duty policeman who took them all the way to the freeway.

Denise has been quite online in the wake of the incident.

She has not posted a photo or video in three days and has been radio silent on her Instagram Story.

It’s been a challenging year for Denise, Aaron, and their family.

Back in June, Lola – the daughter the 90210 star shares with her ex-husband Charlie Sheen – was involved in a scary car crash.

Denise’s daughter drove her Volkswagon into an embankment with three passengers in her car.

A spokesman for Malibu/Lost Hills Sheriff’s Station confirmed they assisted California Highway Patrol and a search and rescue unit after receiving a call about a car “over the edge” on Stunt Road, near Topanga Lookout in the Santa Monica Mountains.

However, a representative for the CHP confirmed the vehicle hit the embankment and did not roll over the cliff.

“Nobody was taken to the hospital but the minor driver complained of a headache after the collision,” the rep revealed.

Lola was navigating the dark winding road after dark which has limited parking and offers views of the mountains, and the Pacific Ocean over Malibu.

It’s unknown if the car has to be towed.

Fans may just find out from the source all that’s going on in Denise’s life.

After some time off from the show, it’s been rumored that she’s planning to return.

Also in June Denise was seen out and about on a lavish lunch date with Sutton Stracke and Garcelle Beauvais.

While the Baywatch star no longer appears on RHOBH, both Sutton and Garcelle are current cast members.

Denise wore a floral flowy gown as she walked around the Ivy with her gal pals.

The ladies laughed, checked their phones, and appeared to be generally in good spirits.

The trio also enjoyed a little shopping spree before their lunch.

The RHOBH stars past and present posed together for selfies on their day out.

Fans have been hopeful that Denise will one day return to RHOBH.

She left the show amid rumors and a heated conflict with her co-star Lisa Rinna, as well as others on the show.