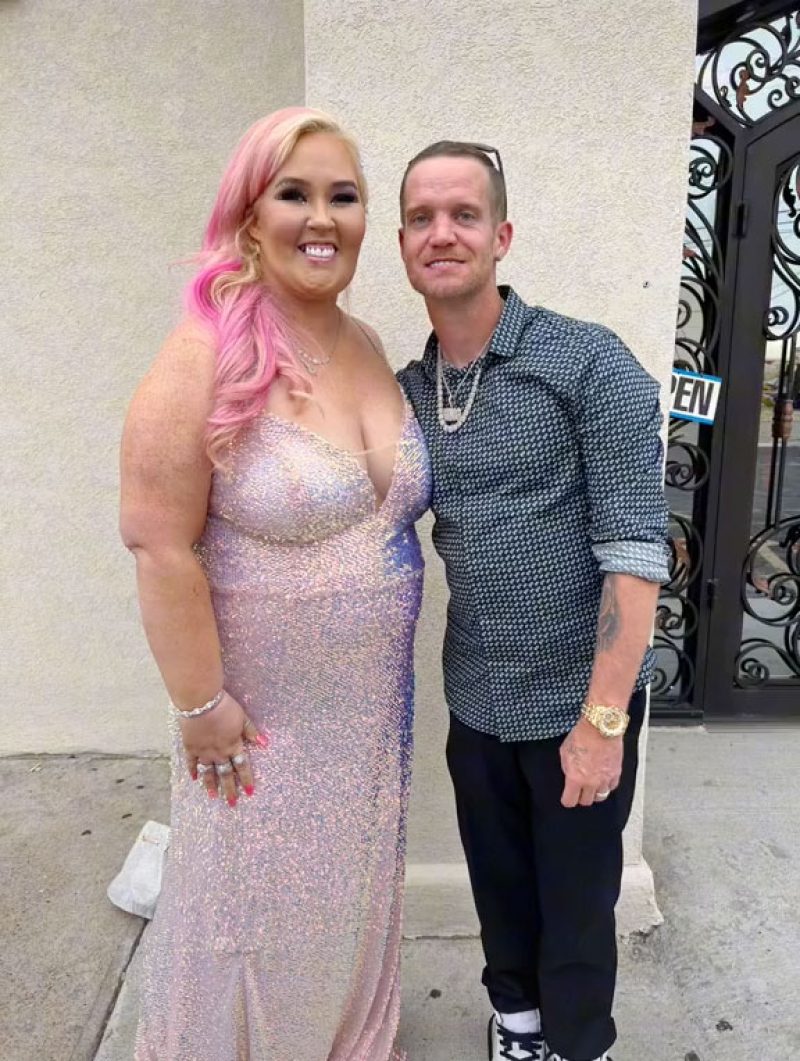 MAMA June has showcased her hot pink hair in a new video posted by her husband Justin Stroud on Instagram.

The post featured several clips of the couple from various outings and other time spent together.

Justin took to Instagram to fawn over his wife, writing: “I feel like I’m falling in love every day…”

Text over the video read: “I spend every day with my best friend.”

The first clip in the video showed the couple posing in front of a plant wall backdrop with a neon sign that reads: “You’re like really pretty.”

Mama June‘s bright pink hair is on full display in the photo.

Recently, the From Hot to Not star shared a heartfelt tribute to her husband, leading to backlash from fans.

In a nearly minute-long video posted to TikTok, Mama June shared pictures of herself and Justin before switching to a montage of quotes about love, relationships, and life.

The clip then switched back to more sweet photos of the couple together.

June captioned the post: “No matter [what you] will be my forever.”

The marriage was confirmed earlier this year.

Justin and June tied the knot in a courthouse ceremony in Georgia on March 23.

In the months since, however, some fans have felt like June has been more focused on her romance with Justin than repairing her relationship with teenage daughter Honey Boo Boo or her other kids.

One TikTok user commented: “Please Think about your Kids, a man is like a Bus Stop one on Every Corner.”

Another person said: “Great job mom!!! Choose a man over your f*cking daughter!! Bravo,” while a third fumed: “ur forever should be ur f*ckin kids!”

Someone else raged: “stop being hungry for loser men … your kids and grands will love you unconditionally that should be all.”

Another accused her: “Here’s your perspective. Men > Your Children,” while a different person wrote: “where’s your kids? they should be your forever, not a guy. Probably should take the ‘mama’ out of ‘mama June’.”

Someone else simply stated: “You should be spending time with Alana.”

Honey Boo Boo recently shared a sad update amid her troubles with June.

One fan commented on a TikTok video Alana posted, asking her how June is doing.

“We aren’t too sure,” Alana apparently answered. “She doesn’t really speak to us.”

The devastating news rocked fans, who shared their sympathies and encouragement for the teen.

“You never deserved the hate and ridicule, you were just a child,” one fan said. “Proud of where you are now.”

Another added: “I felt completely lost too after not talking to my mom. Keep pushing through girl, keep striving to be and do better for YOU.”

A third praised Alana’s big sister Pumpkin, who has become her guardian.

“You deserve the best in life. Pumpkin has done an amazing job taking care of you.”