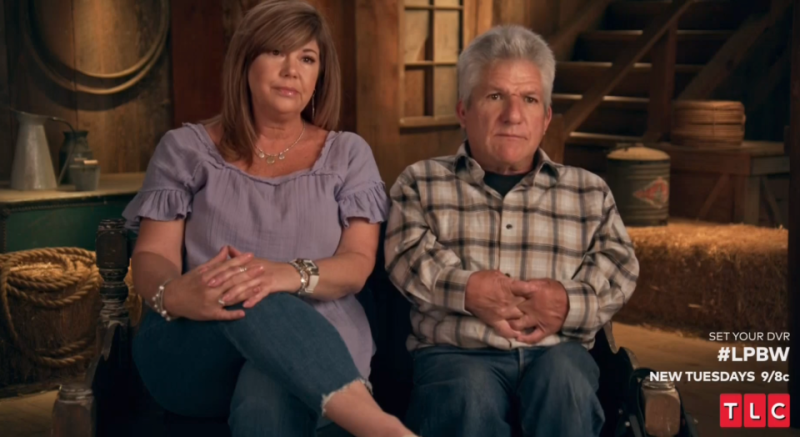 LITTLE People fans have slammed Matt Roloff’s girlfriend Caryn Chandler and accused her of getting involved in the family’s drama.

Patriarch Matt, 61, is currently locked in a feud with his son Zach, 32, and his daughter-in-law Tori, 31, after they failed to reach a deal to buy the family farm from him.

Since she was involved in their failed negotiations to buy Roloff Farms, Caryn has been shunned by Tori and Zach, who refuse to let her meet their newborn son Josiah.

“This rift with us, the fact that it’s still going on is heartbreaking really. And I feel like I’m left not knowing what to do,” Caryn said in a confessional.

Matt agreed: “It’s been hard having to drag Caryn into the family drama. The Zach and Tori thing has been a little bit challenging, but we do what we can and focus on those relationships that are working.”

However, many viewers had a different take on the situation.

“Nobody dragged Caryn into family drama, she walked into it, forced herself into,” wrote one on Twitter.

“She had zero business in any discussions between the family.”

Another shared: “Caryn literally walked into the family drama!”

“Caryn can mind her own business. She doesn’t have to get involved,” wrote a third.

At the end of the episodes, Tori revealed that she doesn’t see reconciliation on the horizon.

“Cary tells other people she’s waiting for our olive branch. Our olive branch? A dove took it to another island,” she said in a confessional.

“I’m not gonna drop my kids off at their house anymore… we’re not good. I’m tired of about talking about this.”

However, it seems that Caryn and Matt are preparing to take a major step away from the family drama.

The U.S. Sun exclusively revealed on Monday that Caryn is planning to move full-time to Arizona in January, where she and Matt already own a home.

A source said: “She’s been wanting to relocate there for so long, and she and Matt often stay at their vacation home on weekends, but this would be permanent.

“She is moving first without Matt to get settled, she’s going to rent her house out in Oregon. They want to start planning for the future.”

It comes after The U.S. Sun exclusively revealed that Caryn won’t be filming any further seasons of Little People.

The insider continued: “Caryn still doesn’t know if Matt is done with the show, but she definitely is and she wants to get away from all the drama going on with the family.

Caryn is yet to publicly address the fact she is not returning to the show, while Little People’s future on TLC remains uncertain.

An insider visiting Roloff Farms recently told The U.S. Sun that Matt revealed the 25th season has not yet been discussed.

He felt as if the show is coming to an end and told his fans he is unsure if the show will be renewed for another season after “a few more episodes.

Meanwhile, Zach and Tori have distanced their family from Roloff Farms, which is Oregon, by purchasing a $1m farmhouse in Washington.

As well as newborn Josiah, they are also mom and dad to Jackson, five, and Lilah, two.