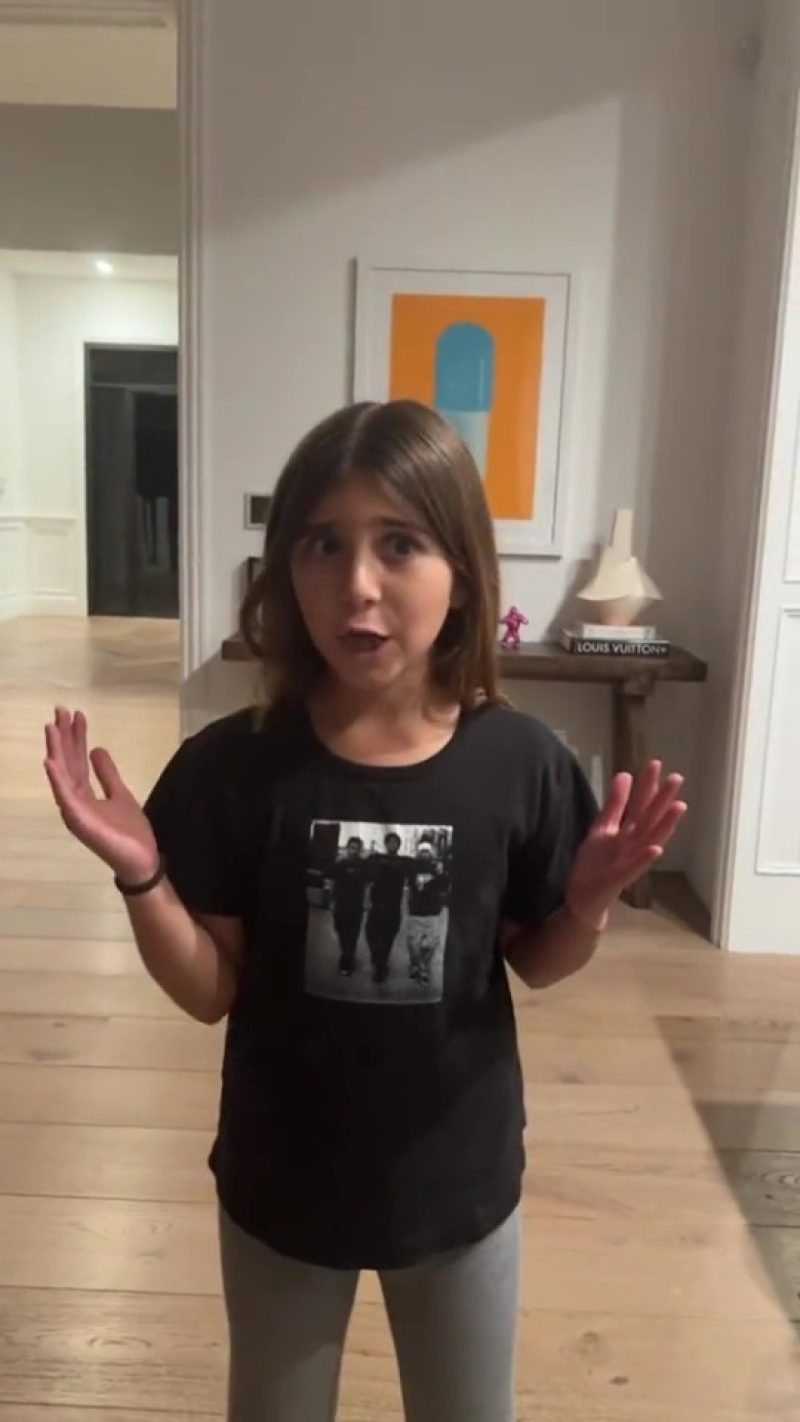 KOURTNEY Kardashian’s daughter Penelope has given fans a glimpse of her Christmas set-up at her dad Scott Disick’s house.

The 10-year-old took to her TikTok account, which she shares with her mom Kourtney, and posted a brief video filmed in her father’s kitchen.

Set to the backdrop of a remix of Justin Bieber‘s song Mistletoe, the 36-second clip begins with Penelope panning the camera across Scott’s huge kitchen which features white counter tops and huge grey drawers.

The tween then gives her followers a quick look at her festive accessories before she gets to work making something special.

Using a funnel, Penelope pours hot cocoa powder into a glass bottle and then adds what appears to be star-shaped marshmallows into a glass jar.

She also fills up more see-through jars with hollow chocolate balls that are decorated in green and red.

Kourtney shares rare photo of Travis with her son Reign, 7, in sweet tribute

The youngster, who also two brothers Mason and Reign, then decides to line up everything on the kitchen counter as she creates her very own hot cocoa station.

Penelope also adds smaller jars that contains items such as sprinkles and nuts.

In fact, earlier this week the young cousins invited a special guest to play with them on TikTok.

In the music video, Selena Gomez‘s younger sister Gracie Elliot Teefey, also nine, appeared to be having fun with the twosome.

Gracie is the daughter of Mandy – Selena’s mother – and her second husband, Brian Teefey.

The three mimicked the lyrics to a sped-up version of Carly Rae Jepsen’s song Call Me Maybe.

During the clip, Gracie had a huge smile on her face as she used her cell phone as a prop.

In an online thread, fans loved seeing the children of famous stars getting along and having fun together.

One fan mentioned: “I always forget Gracie and the girls are close.”

Another fan added: “Looks like they are truly having a fun time making the video.”

A third fan gushed: “They are so adorable!”

A fourth person wrote: “They really do look like they are having the time of their lives.”

A commentator chimed in: “It’s so cute funny that Selena Gomez was in that viral video with her friends to this song 10 years ago, and now her little sister with the Kardashian kids doing the same.”