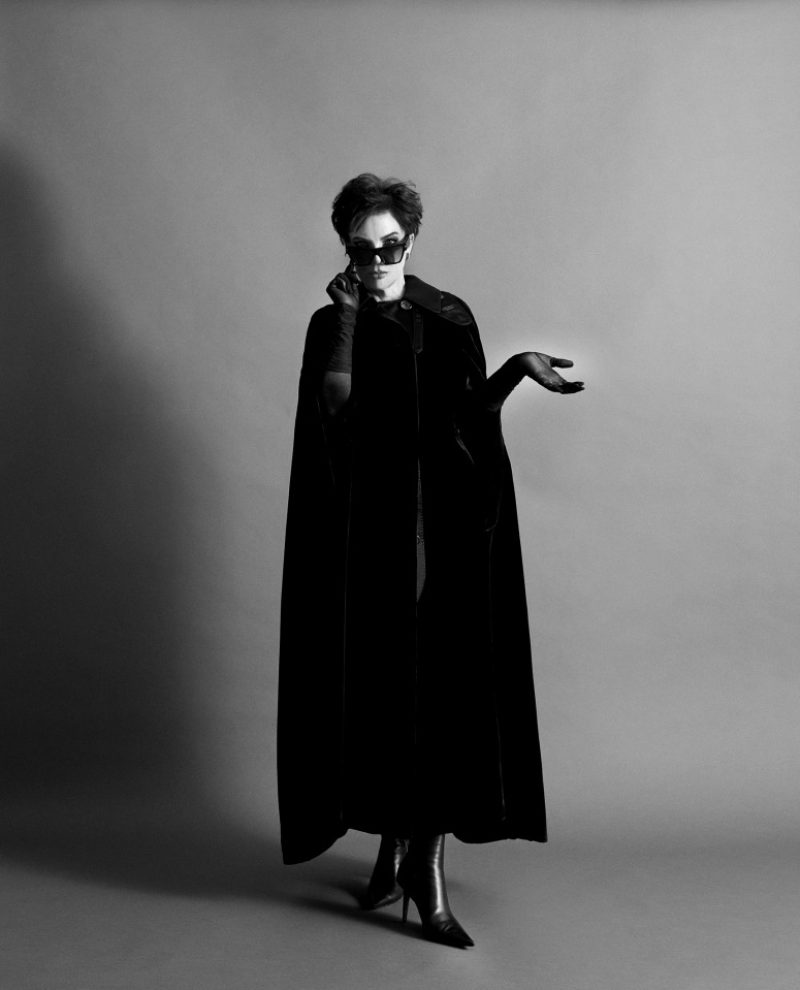 But fans joke she looks so young in the new photo spread, they can’t tell if that’s really her, or one of her much younger daughters.

The 67-year-old Kardashians momager is the cover star of the fourth edition of Vogue CS’ Vogue Leaders issue.

According to the magazine, the issue is “a celebration of outstanding creators in fashion, art and, design.”

Kris recently shared some of the black and white photos from the shoot to her Instagram.

She captioned the post: “It is such an honor to be on the December cover of Vogue CS Leaders Issue! Thank you to the entire @vogueczechoslovakia team.”

Everything to know about Scott Disick and Kris Jenner’s relationship

Online, fans lauded the grandmother, saying she looks better than ever.

“I refuse to believe this isn’t Khloe dressed up as Kris,” one person commented.

Another added: “She looks fab”

While one person made the comparison to a different daughter: “Love it, she looks amazing. Kris is a better model then Kendall lol.”

It’s not the first time she has been compared to Khloe in print – often thanks to a little suspected photoshop magic.

Last month, the mother-daughter duo posed for a photo together with the Good American founder’s daughter and Rob Kardashian‘s daughter Dream while promoting a product.

In the advertisement, Khloe, Kris, True, and Dream are seen wearing holiday-themed pajamas.

The group is all smiling in the ad, but fans couldn’t help but notice just how young Kris looked.

Fans posted the ad on Reddit, where they expressed their surprise.

Someone else joked: “Kris the fourth sister.”

But sometimes, the special effects can go too far.

Last week, fans accused the reality star of heavily photoshopping some new pics before posting them.

Kris recently posted a photo of herself from the Council of Fashion Designers of America awards.

She looked glamorous as usual, wearing an all-black, full length dress, complimenting it with some giant dangling gold earrings.

Kris captioned the photo: “An incredible night at the @CFDA awards! Congrats to @kimkardashian @SKIMS @emmagrede @jensgrede for being awarded the Amazon Fashion Innovation Award!”

While the 67-year-old shined, some fans thought she looked too good, and credited some creative computer work for her complexion.

“Is that your wax figure?” one person asked in the comments section, while another simply posted: “Puke.”

The Morelli Brothers/Vogue CzechoslovakiaThe momager is being recognized as an outstanding creator in fashion, art and, design[/caption]

InstagramKhloe and her mom as mirrored images[/caption]