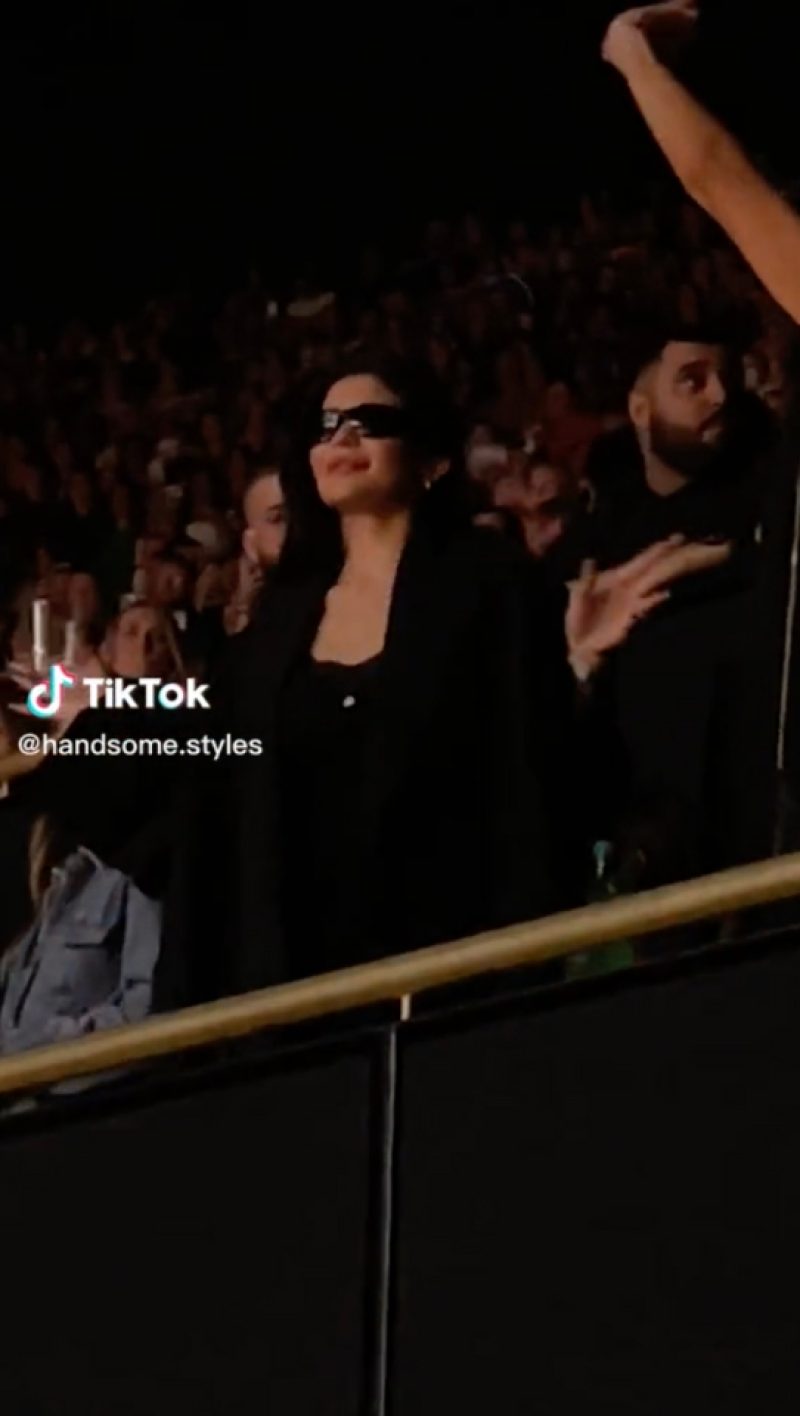 FANS have trolled Kylie Jenner for an embarrassing fashion choice while attending a Harry Styles concert.

The Keeping Up With the Kardashians alum was accused of looking like a “Disney villain” by fans as she visited New York this week.

TikTok/@handsome.stylesKylie was spotted singing and dancing at a Harry Styles concert[/caption]

Now several have trolled her for making a strange fashion choice while attending a Harry Styles concert.

Kylie, 25, was caught dancing in a clip shared by @handsome.styles at the pop star’s LA performance alongside her sister Kendall, 27, and friend Hailey Bieber.

The reality star wore an all-black outfit and trench coat with full-glam makeup and her hair styled in waves.

The TV personality danced and sang to the music with a drink in her hand, enjoying the show.

But fans were distracted by the fact that Kylie was wearing edgy black sunglasses indoors.

They took to the comments to share their opinions on the fashion choice.

“Who wears sunglasses inside?” one asked.

“Why is she wearing sunglasses inside?!” a second questioned.

A third laughed: “Why the glasses,” while a fourth noticed: “Thousands of people. Only one with the sunglasses.”

“You’re telling me that isn’t Michael Jackson?” a fifth teased.

The backlash followed Kylie wowing fans by looking like a “Disney villain” in a skintight corset dress at a red carpet event.

The Kardashians star rocked a strapless gown and embellished headpiece at the Thierry Mugler Archive Exhibition in New York on Tuesday.

She paired the statement garment with black gloves and a stunning diamond headpiece.

The mother-of-two shared several photos of her eye-catching outfit on Instagram.

She captioned the post: “Wowow what a beautiful night celebrating the opening of the Thierry Mugler Archive Exhibition at the Brooklyn museum.

“Such an honor to wear a piece of fashion history. thank you to the mugler team and make sure to stop by to see the exhibition while it’s there, celebrating the life and art of the forever iconic Thierry Mugler.”

Fans praised Kylie’s bold look on an online thread and claimed she looked like an “evil queen”.

One wrote: “Disney villain look and I LOVE it,” and another added: “Kylie in her evil queen era and I’m living for it.”

For her second look from the night, Kylie went topless and rocked a totally sheer black lace bodysuit.

She appeared to have jetted to New York for the event without her two kids, daughter Stormi, four, and son, nine, months, who she shares with rapper Travis Scott.

Kylie has still not revealed the name of her infant son despite welcoming him in February.

A month after his birth she claimed that she had decided to change his moniker to something different.

Fans have shared their theories as to what the new name could be, suggesting the monikers “Butterfly,” “Astro,” and “Jacques” – a nod to his father’s birth name.

The Mega AgencyFans claimed she looked like a ‘Disney villain’[/caption]