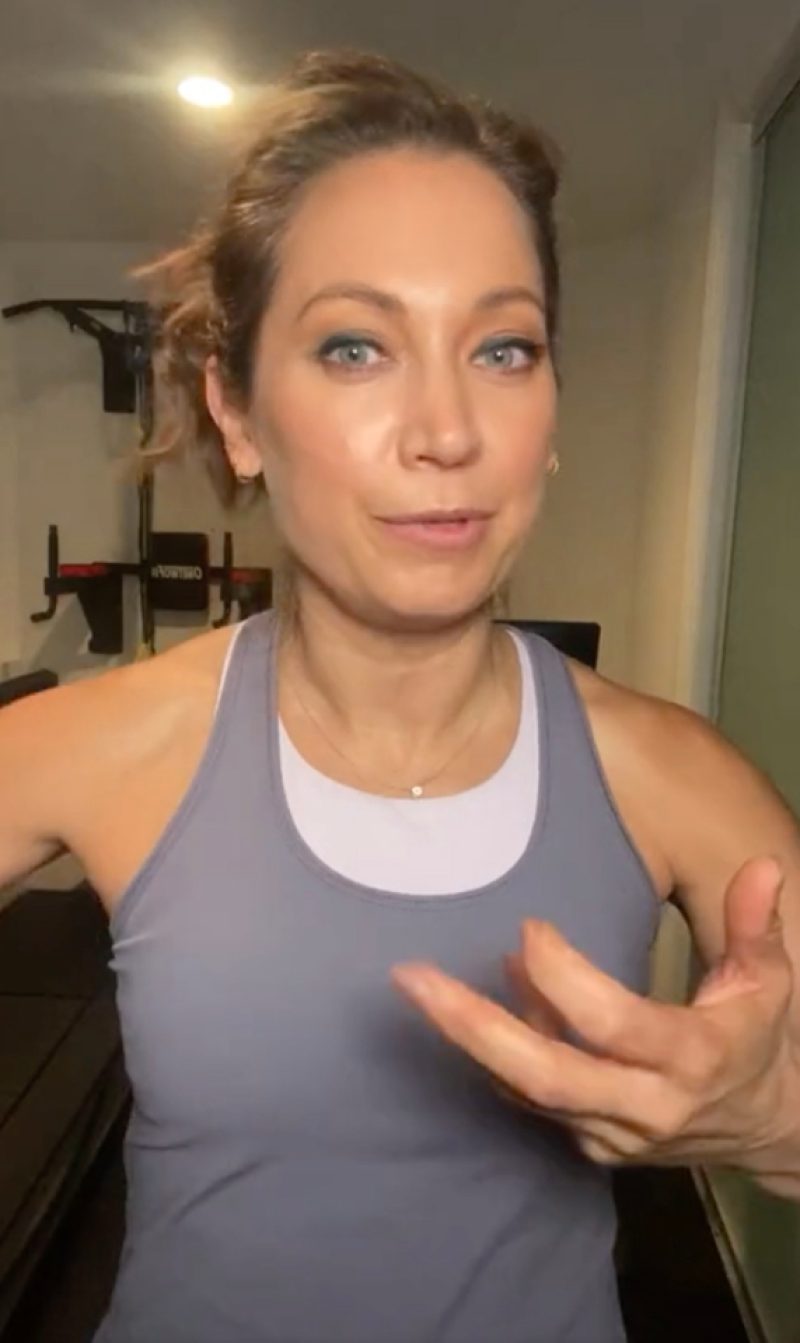 She led a workout session with Body By Mark in her home gym.

Instagram/@ginger_zeeShe worked out while her trainer, Mark, answered fan questions[/caption]

Ginger went live on Instagram on Tuesday for nearly an hour.

She talked a bit in the beginning and then she and Mark stretched before getting into the workout.

The GMA host grabbed weights, which she said didn’t have to be used, and showed off her strength.

She did pushups, lunges, jumps with a rubber band, jumping jacks, and various other exercises.

The trainer answered questions from his phone as Ginger continued to workout.

Fans were amazed at her killer workout and that she barely broke a sweat for the full hour.

Her followers took to her Instagram comments to pay the meteorologist compliments.

“I watched. It was amazing. Thank you,” said another.

A third chimed in: “Great job!”

Many others fans simply commented with fire emojis and hearts.

“You have killer legs!” wrote one follower.

Aside from showing off her strength with her recent workout, Ginger also teased a new project that she is working on.

Last week, the mother-of-two revealed that she is working on a new book.

The beloved GMA meteorologist held a “Ask Me A Question” session with her followers.

A fan asked: “Are you considering writing again? Your first two biographies are excellent.”

The chief meteorologist for ABC News had previously written the memoirs: Natural Disaster: I Cover Them. I am One and A Little Closer to Home: How I Found the Calm After the Storm.

Ginger answered: “Thanks! Talking about writing a different type of book, so will announce when I can!”

She also wrote the Chasing Helicity series, which is aimed at children up to the age of 12.

Fans also asked her how her boys cope with her traveling all the time.

She replied that they are her priority and she never misses a school event.

Instagram/@ginger_zeeThe meteorologist did lunges, squats, jumping jacks, and more during the workout[/caption]