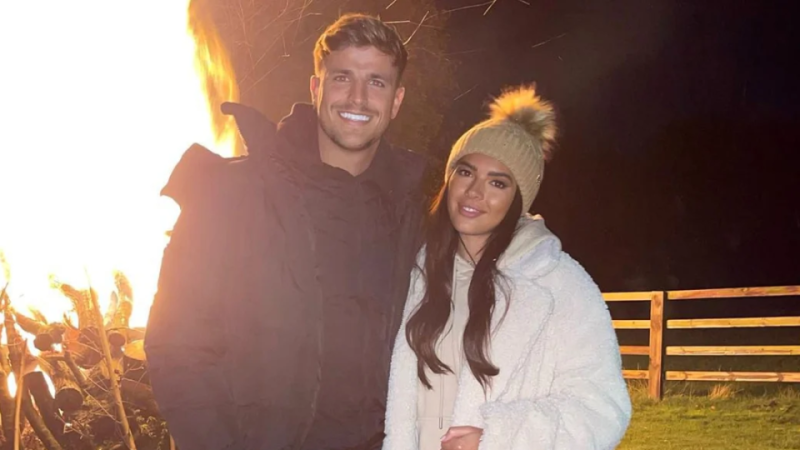 The dressage rider, 19, said it was a ‘difficult decision’ to end her romance with the former fishmonger, 23, who she was last pictured with at the start of the month.

Gemma and Luca were runners up on Love Island over the summer, losing out to Davide and Ekin-Su.

Gemma, who is the daughter of footballer Michael, announced the news on Instagram this evening. Luca did not share the statement.

She wrote: “I wanted to let you know that Luca and I are no longer in a relationship. It wasn’t an easy decision but ultimately this is what is best for both of us right now.

“Many of you have been on this journey with us from the beginning and I want to thank you for your continued support as a new chapter starts.”

Gemma sparked concern last month of trouble in paradise with boyfriend Luca after failing to mention him in her interview with Tatler.

And this week fans noticed that she wasn’t by Luca’s side as he attended various events.

Gemma and Luca remained together throughout their whole time on Love Island but decided to not make things official until they came home.

Luca put on a very extravagant display when he asked her to be his girlfriend – as he presented her with a £6k Cartier bracelet.

During their time on the ITV2 dating show fans joked that Luca was only with Gemma to meet her dad.

He later grew close to the family and squeezed in a couple of trips abroad with them during the short lived romance.

Earlier this week Luca discussed their relationship as he attended the TV Choice Awards alone.

He told On Demand Entertainment: “You’re naïve to go in there to think your going to find love. It’s called Love Island, but I never went in there thinking I’d meet Gemma.

“I’d be a liar to say that. I went in there for a good summer and to have a good time and on top of it all I’ve met a girl I couldn’t ask anymore from.

“Me and Gemma are the youngest couple to come out the show and we’ve not planned anything. We just take it day by day and as it comes.”