Days of Our Lives cast 2022: New, leaving, and returning characters 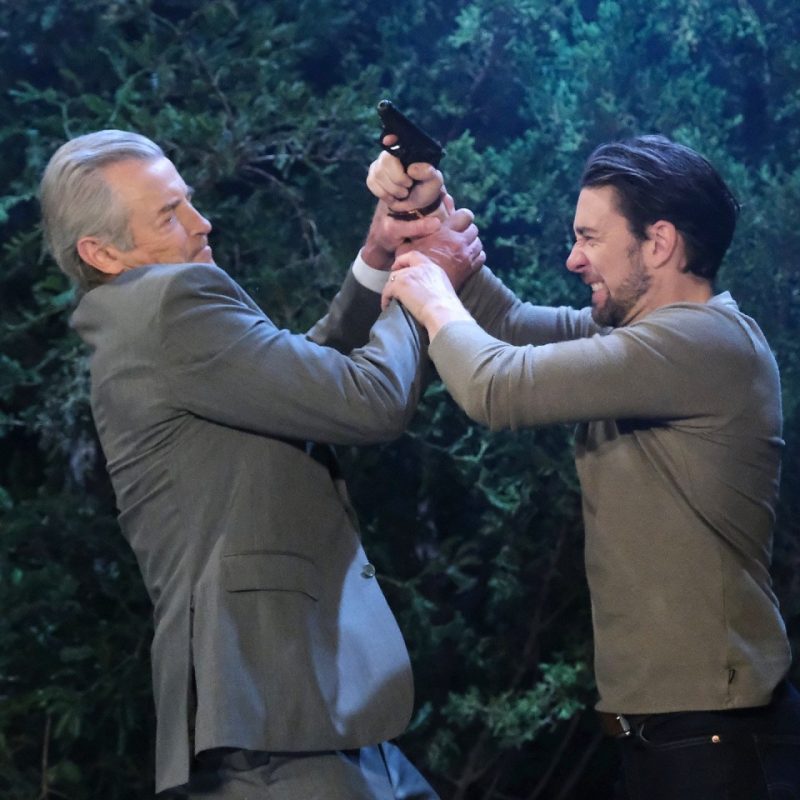 WITH all of the love triangles, murder mysteries, and brushes with death, Days of Our Lives keeps viewers on the edge of their seats.

The 57th edition of DAYS left a number of questions unanswered, such as which cast members are leaving and returning for season 58.

Who’s leaving Days of Our Lives?

During season 56, Joey Johnson was acquitted of all charges related to the supposed death of Ava Vitali, his half-brother Tripp Dalton’s mother with whom he was having an affair.

When Ava was revealed to be alive and well, Joey was released from prison and started a new life in Seattle, Washington.

When his mother Kayla Brady fell ill due to Orpheus’ treachery, Joey returned to Salem to reunite with his family as Kayla was believed to be on the brink of death.

Ultimately, Orpheus’ plans for Kayla failed and Joey went back to Seattle as his mother recovered from the near-fatal ordeal.

Read More on Days of Our Lives

Exploring every season of Days of Our Lives

On June 13, 2022, Abigail Deveraux was stabbed and left to die by a then-unknown assailant.

Played by Emmy-nominated actress Marci Miller, Abigail succumbed to her injuries as DAYS descended into a murder mystery storyline.

During an episode aired on Thursday, September 29, her husband Chad DiMera visits her grave site.

most read in days of our lives


From murder mayhem to doomed romances: Who else is coming & going on DAYS?


The truth revealed about Days of Our Lives actor James Lastovic

In order to have one last conversation with her husband and her mother Jennifer Horton, the late Abigail makes one last appearance in the form of a spirit.

She and Chad have one last conversation where the former persuades the latter to continue living his life and that the two will always love each other.

At season 57’s conclusion, Ciara Brady and her newborn with Ben Weston escaped the devil’s possession and started a new life in Montreal, Canada.

By the time her character left, Ciara’s actress Victoria Konefal confirmed that her departure from DAYS was permanent.

However, on Saturday, November 12, eagle-eyed fans spotted Victoria with the rest of the season 58 cast in Los Angeles for a show-related event.

At the event, attendees were able to get a sneak peek at what’s to come in season 58 – and the footage reportedly included new scenes of Ciara.

Viewers also noticed that Victoria took to Instagram and seemingly teased Ciara’s return as she posted pictures of herself on the program’s set as her hair and makeup were in progress.

That same event sparked rumors about the return of Ciara’s parents Hope Brady and Bo Brady.

Since Hope’s actress Kristian Alfonso insisted that she was done with the series in 2020, fans were surprised when she and Bo’s actor Peter Reckell confirmed they are coming back for season 58.

In a behind-the-scenes video shown after the mid-season trailer, Kristian and Peter popped up and told their audience: “We wanted all of you to be the first to know that we are back taping here at the studio, something extremely special.

“We appreciate you every day and for all of the years that you’ve supported Days of Our Lives and Bo and Hope.”

As Chad uncovered the identity of Abigail’s murderer, he almost followed his wife’s path to death.

In an effort to cover up the crime, the killer targeted Chad but he managed to avoid homicide by strangulation.

As viewers tuned into to see whether they were correct about the assailant’s identity as Lucas Horton, Gwen Rizczech, Leo Stark, Li Shin, or Craig Wesley, they were proven wrong about all of the aforementioned suspects.

By the time Tuesday, September 27’s episode rolled around, Chad flagged down the real murderer and almost lost his own life.

However, Chad lived to see another day as he brought the criminal to justice.

For an entire season, Clyde Weston had audiences fooled.

When Abigail’s homicide investigation unfolded, he watched as Salem police suspected other citizens of the tragedy.

As the 58th season sprung into action, Clyde went unsuspected as he attempted the murders of other DAYS regulars such as Chad DiMera, Belle Black, and Sonny Kiriakis.

Clyde was revealed to be Abigail’s killer after Sonny Kiriakis remembered that the person who stabbed him matched the vanilla-flavored fragrance worn by Clyde.

Upon everyone making the connection between the stabbings, Chad confronts Clyde as the latter attempts to silence the former once and for all.

Clyde’s gunshot wound proves non-fatal and fans saw him in a hospital bed awaiting the arrival of police.

The event resulted in Gwen’s hospitalization and sleuth speculation about her fate on DAYS.

Despite the severity of Gwen’s injuries, she fought for her life and saw another day.

Who are the new characters?

As Season 57 concluded its run, the mysterious Sloan Petersen was introduced.

As the 58th edition of the series went underway, audiences were shocked to learn Sloan was the lawyer who represented Gwen Ricszech, Leo Stark, and Abigail’s murderer Clyde Weston.

So far, Sloan has damaged Paulina Price’s run for governor, provided the evidence that led to Chanel Dupree’s arrest, and began an affair with Alex Kiriakis.

How can I watch DAYS?

Days before on Friday, September 9, NBC aired the last episode of the 57th season and ended its 50-plus year run on the network.

The transition between platforms was first reported on August 3, 2022.

Although the shift between networks was met with overwhelmingly mixed reviews from fans, NBC Universal chairman Mark Lazarus expressed to Vulture: “This programming shift benefits both Peacock and NBC and is reflective of our broader strategy to utilize our portfolio to maximize reach and strengthen engagement with viewers.

“With a large percentage of the Days of Our Lives audience already watching digitally, this move enables us to build the show’s loyal fan base on streaming while simultaneously bolstering the network daytime offering with an urgent, live programming opportunity for partners and consumers.”